Airbnb Is Yet Another Company To Try Out Snapchat-Style ‘Stories,’ With Select Users 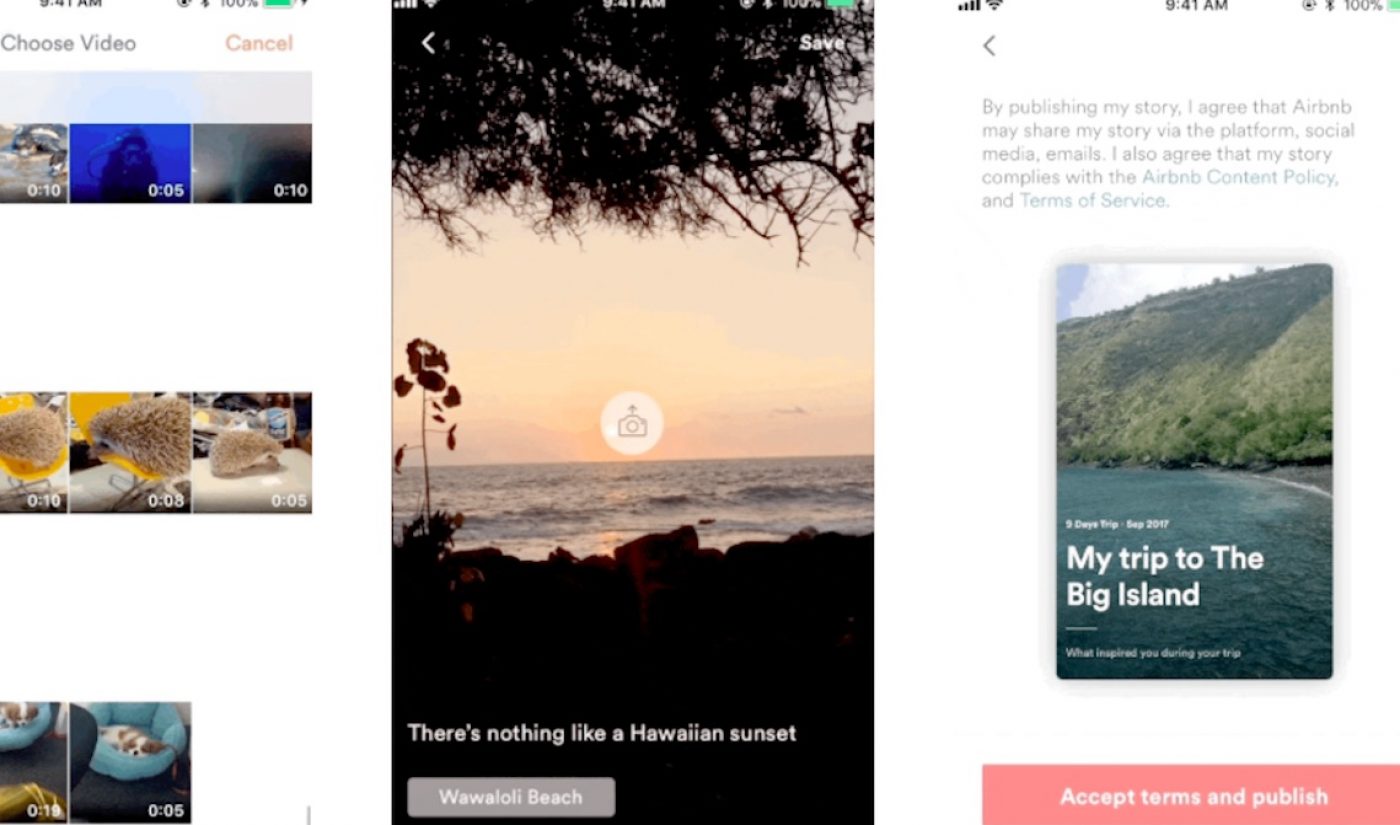 The Airbnb version of Stories is aptly called Travel Stories. It is currently in beta, according to a report from TechCrunch, and is only available to some users who received an invitation to test the new format. Each Travel Story should consist of eight to 10 videos (or “slides”), which must be at most 10 seconds long, and users can edit them in the Airbnb app.

According to an invitation the company sent to a regular Airbnb user to test Travel Stories in beta, which TechCrunch published, users can caption and tag their short videos, which must be shot vertically on their phones. So far, the feature is only available on iPhone.

Officially, Airbnb has yet to announce the feature. A spokesperson for the company told TechCrunch, “This is one idea we are exploring. We don’t have any announcements to make, but we’re excited to continue looking at ways that help Airbnb hosts and guests share their travel experiences.”

This means the home-sharing company has yet to detail how, and if, they plan to monitor and sensor the content featured in Travel Stories. Unlike Snapchat, Instagram, Facebook, and WhatsApp, which all originated as social media platforms, Airbnb facilitates people physically sharing their real life homes. Snapchat Stories that make fun of a friend or even Snapchat’s own filters don’t harm Snapchat as a product in the same way that a disparaging review of someone’s home, told through a Travel Story, could hurt Airbnb. (That being said, one, simple tweet caused Snap’s stock to plunge earlier this year.)

Travel Stories isn’t actually Airbnb’s first foray into short form video. Way back in 2013, the company worked on a video project called Hollywood and Vines, in which Airbnb users could create Vines based on directions provided through Airbnb’s Twitter account, which the company later stitched together to create a longer, crowdsourced piece. Users whose short videos ended up in the video’s final cut received $100 in Airbnb credit.

Airbnb’s latest video effort, if it gains traction, will get users to spend more time in the Airbnb app. In addition to a service where people can book rooms, it could become more of an aspirational lifestyle content destination, like Instagram but with a more specific function that helps facilitate users having their own aspirational experiences. For example, here’s a Travel Story posted by an Airbnb user vacationing in Cuba.

The invitation to beta test Travel Stories that TechCrunch published was sent to Matteo Gamba, an Airbnb user who has a blog about the service (which features Airbnb advertisements but isn’t otherwise sponsored by the company). Perhaps Airbnb, like other social platforms with Stories, will foster a set of its very own influencers along with the new format.