Facebook Will Label Political Ads, Reveal Who Paid For Them, And Show Who They Targeted 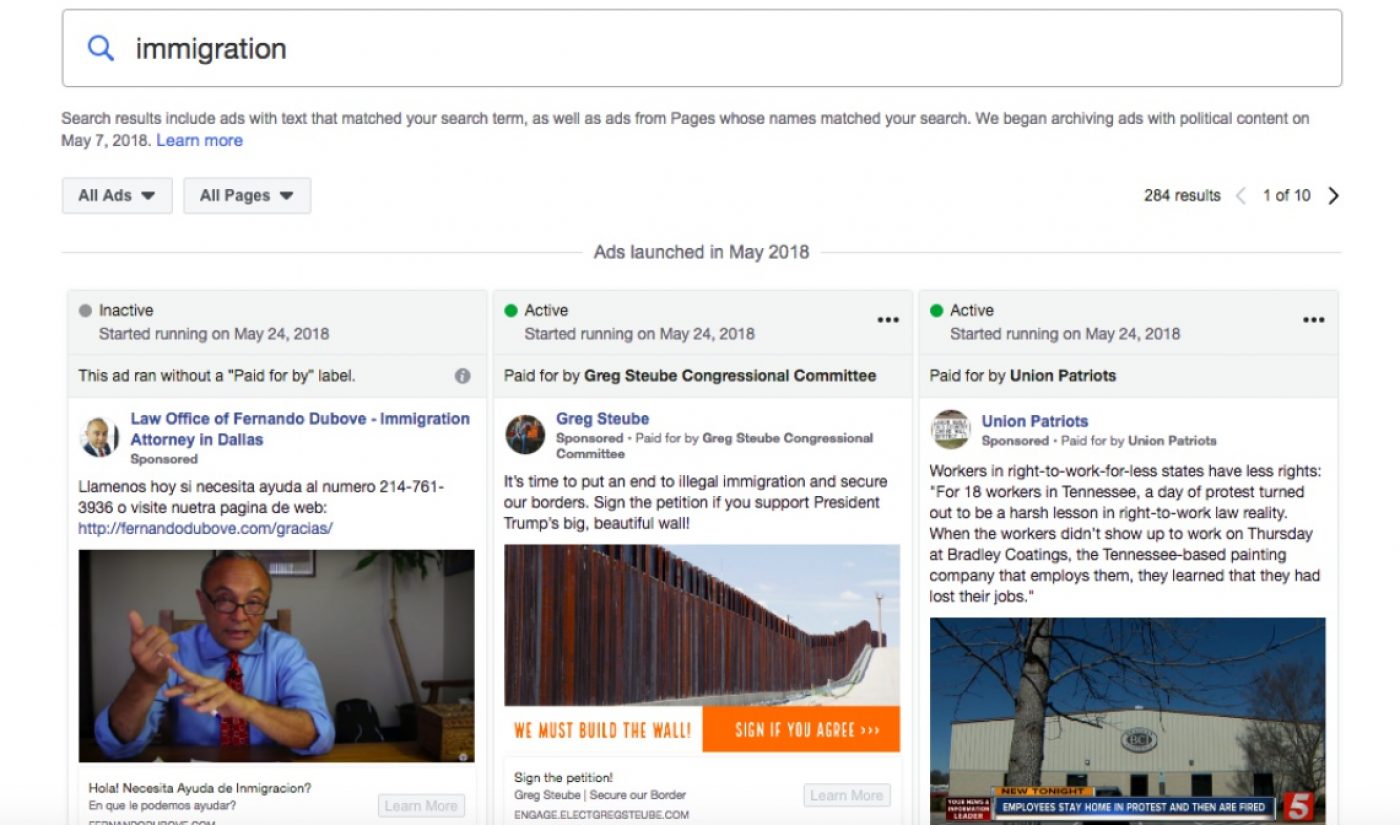 Facebook has taken a step that could limit the amount of influence political entities exert on its users. The social giant has announced its plan to label political ads that appear in its users’ news feeds, even if those ads are not directly funded by politicians.

The labels will not only inform users when they are subjected to political ads, but will also reveal who paid for those spots and the audiences targeted by individual campaigns. In addition, paid political content will be added to an archive, so that interested parties can search for active ads related to relevant issues. The screenshot above, for example, shows the ads that are currently discussing immigration on Facebook.

While politicians are already required to disclose their approval of ads put together by their campaigns, Facebook’s labels will also apply to independent spots that cover “national issues of public importance,” including the economy, foreign policy, and crime. The social site admitted that it may sometimes be tricky to identify ads that fall into those categories. “We won’t always get it right,” said Facebook global politics and government outreach director Katie Harbath in a blog post. ” We know we’ll miss some ads and in other cases we’ll identify some we shouldn’t.”

Facebook has been implicated for the role its content played in the election of President Donald Trump. Last month, its CEO Mark Zuckerberg traveled to Washington to testify about his platform’s activity during the 2016 election cycle.

By cracking down on political ads, Facebook is taking a step toward exposing actors from foreign nations such as Russia. In doing so, it is following the lead of YouTube, which began labeling state-sponsored videos back in February.