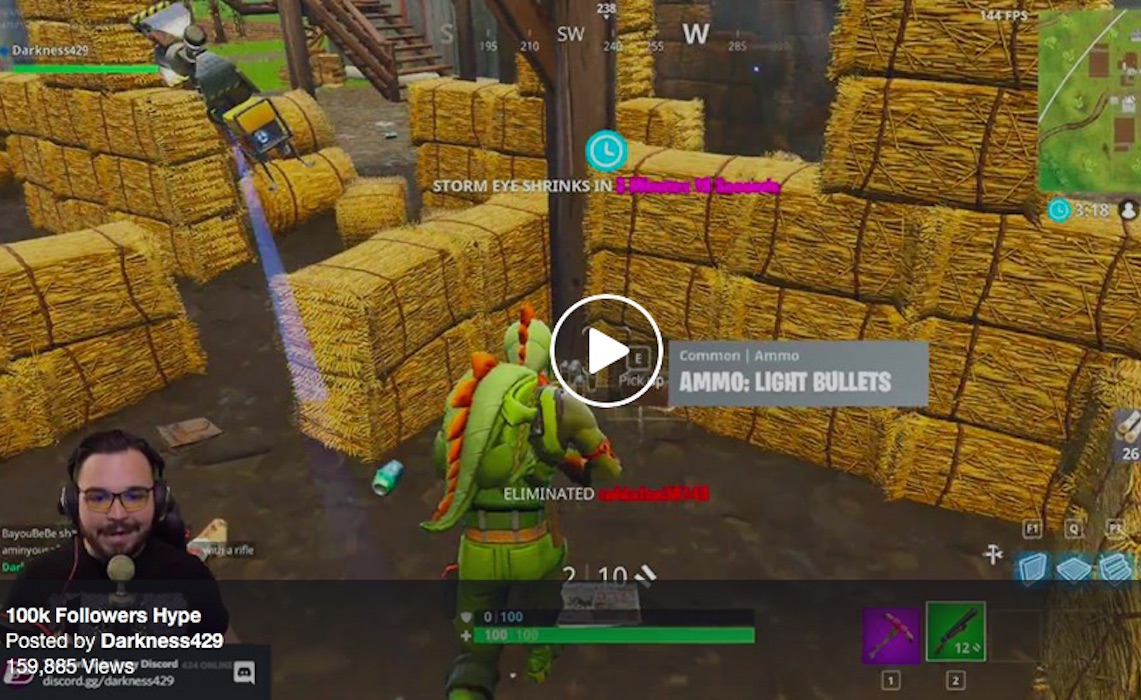 Facebook released a few new Live features yesterday, one of which looks a bit like co-streaming on Twitch.

The Twitch-like feature, known on Facebook Live as Crossposting, will let streamers broadcast live videos on multiple Pages at once. A live stream of an event, for instance, can appear in real time on multiple organizers’ pages, sponsors’ pages, and participants pages simultaneously. Users can tag the other pages where they Crosspost in each individual post.

The World Surf League tested Crossposting across its audiences to promote its Facebook Watch series, Surfing Sundays. In a statement on Facebook’s blog, Felipe Marcondes, the World Surf League’s social media manager, said, “We crossposted this recent Live video to our main page, a sponsor’s page, and one of our athlete’s pages, and the results were great, with more than 1.5 million views, 4,500 shares, and over 538,000 minutes watched.”

Multishow, a Brazilian media network, also used the feature to broadcast multiple, real time live streams of an interview with singer Pablo Vittar. They found that viewer retention increased by 40% for the broadcasts compared to others they’d posted within the prior 90 days, said digital manager Jorge Carrasco in Facebook’s blog.

You can find the Crossposting tool in the publisher tools section on Pages and on Facebook’s Live API. It’s reminiscent of Twitch’s co-streaming in that it lets multiple users broadcast the same live content at the same time. However, Twitch’s feature gives channels the opportunity to open up co-streaming to all other Twitch users, whereas Facebook’s alternative so far has been limited to others directly involved in the broadcast. Further, Twitch has the option of letting co-streamers include their own original commentary.

Facebook’s other Live video updates include a streamlined broadcasting process, in which regular live streamers need only send a single stream key to their production teams ahead of filming. The tool aims to make it easier for creators to collaborate on Facebook Live as well as broadcast more frequently.

In the blog post announcing these new features, Facebook said that the number of average live daily broadcasts across verified publisher pages went up by 1.5 in the past year, during which time Facebook launched its Gaming Creator Pilot Program, which offers monetization opportunities and streaming tools to the platform’s gamers. Adding features that both mimic and don’t appear on Twitch may be a way for Facebook to grow more competitive with the hugely popular streaming platform.