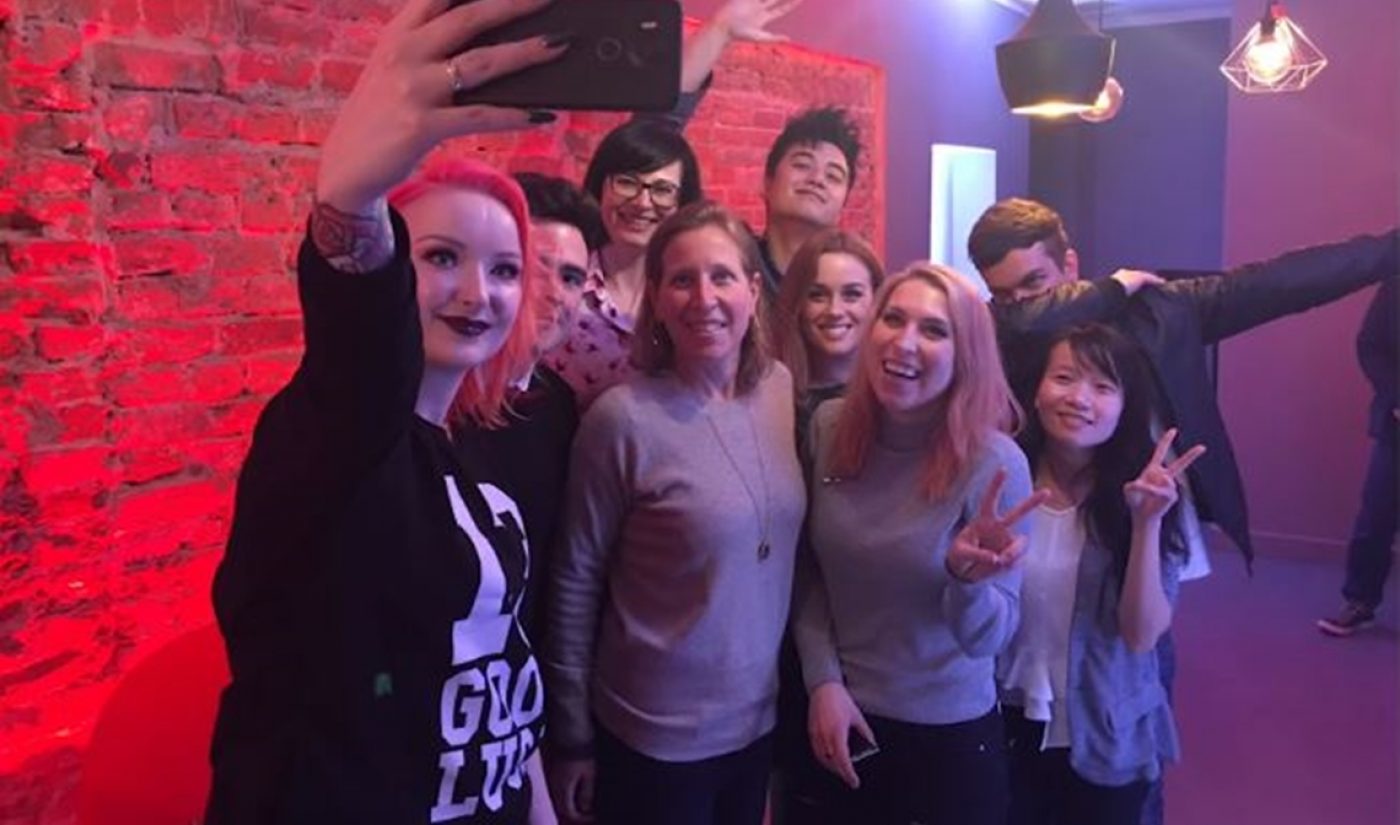 YouTube CEO Susan Wojcicki has provided an update to a set of five goals she first outlined in a letter to creators at the beginning of the year — chief of which was to assuage concerns regarding demonetization in the wake of the Adpocalypse and other controversies surrounding inappropriate kids’ content and the polarizing vlogger Logan Paul.

Wojcicki’s first quarterly update arrives just weeks after a tragic shooting at YouTube’s San Bruno headquarters, and she thanked fans for their kindness and support — which she says “has bolstered our spirits and reminded us why this work is so important.” Wojcicki also had some good news to share: channels earning five figures annually have grown by more than 35% over the last year, while channels earning six figures grew roughly 40%.

Also on the monetization front, Wojcicki said that the company is testing a new system whereby a group 15 of creators was be able to provide information about the content of their videos before publishing in order to avoid flip-flopping decisions after a monetization call is ultimately made — which has been a frequent gripe. “In an ideal world,” Wojcicki writes, “we’ll eventually get to a state where creators across the platform are able to accurately represent what’s in their videos so that their insights, combined with those of our algorithmic classifiers and human reviewers, will make the monetization process much smoother with fewer false positive demonetizations.”

Check out a video about the feature, called Self Certification, below. Creators are able to furnish information about the levels of profanity, sex, violence, drug use, and guns in their videos via a questionnaire. In its pilot test, YouTube found that creators’ reportings were consistent with how its own reviewers would have rated videos for ad appropriateness. It hopes to expand the test to more creators, but concedes that Self Certification depends on creators being honest in assessing their content.

Wojcicki also called out a Sponsorships feature that the company is currently testing, which lets fans set up recurring payments for their favorite creators — not unlike Subscriptions on Twitch. YouTube first rolled out Sponsorships for gaming creators in 2015, and expanded the program to select non-gaming channels last fall.

In terms of communication, Wojcicki said that YouTube is striving to be more transparent. The company has increased replies from its official Twitter handles by 600%, has doubled the number of creators receiving personalized update emails, and has even launched Creator Insider, an employee-run channel offering behind-the-scenes info.

For the full round-up of updates — in which she also touches on the expanded Community tab, new livestreaming features, the rollout of YouTube Go to 140 additional countries, new content moderation tools, and new punishments for top creators whose actions could harm the community at large — check out Wojcicki’s update letter in full right here.