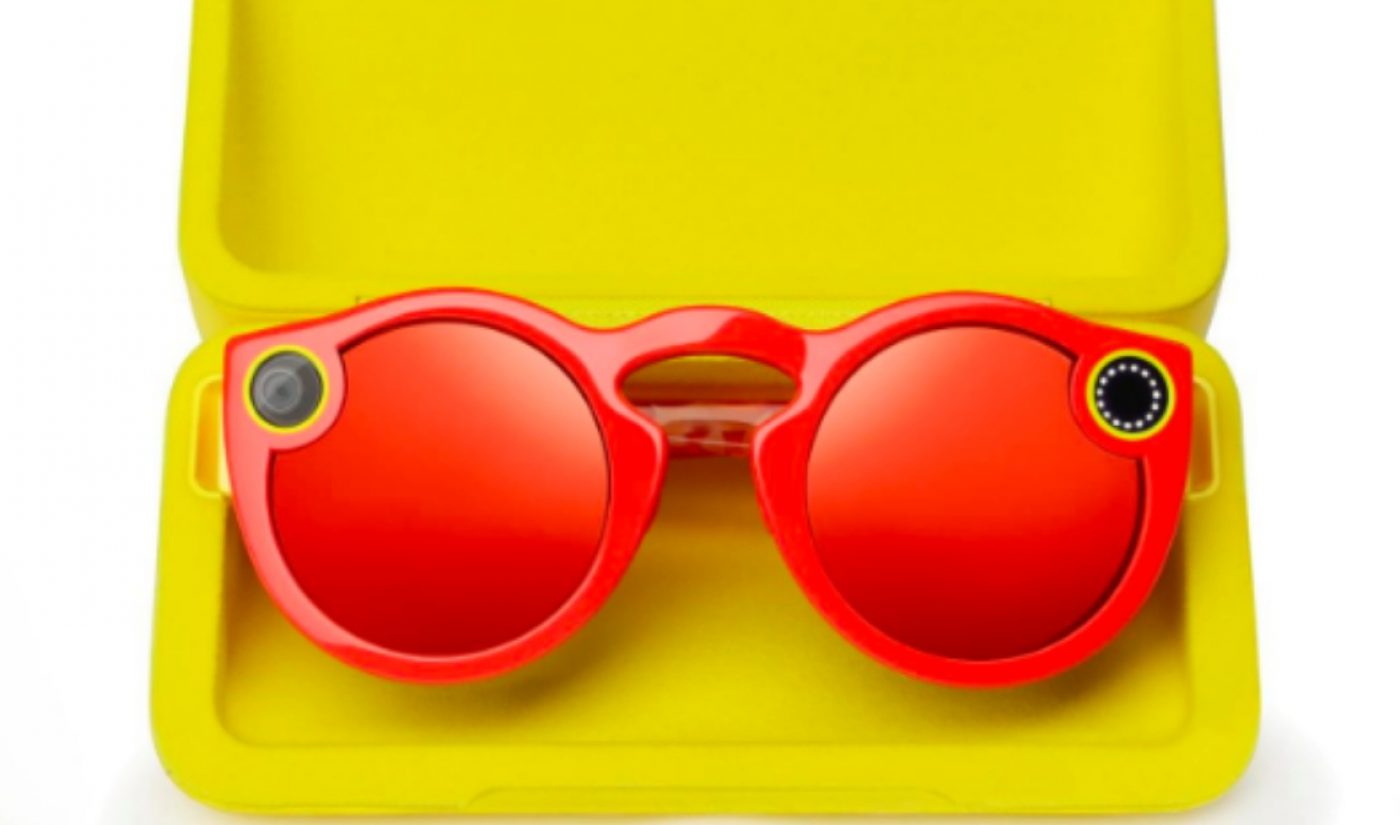 Last month, a report from Cheddar indicated that Snapchat parent company Snap Inc. was planning to launch a second generation of its Spectacles, which allow users to shoot and share photos and videos directly from their eyewear. Now, Snapchat has all-but-confirmed that it is indeed continuing its charge into the wearables market. Variety has uncovered a new FCC filing from the company, one that seems to concern a new version of Spectacles.

The FCC asks companies to obtain ID numbers for their wireless technology so that the agency can “identify wireless products in the market.” The first line of Snap’s new filing, which you can check out here, refers to a “wearable video camera” and includes the number “002,” suggesting that this is the second version of a device.

After reading through the FCC filing, Variety hypothesized that new features in the second generation of Spectacles could include a redesigned frame and a faster file transfer speed. Cheddar‘s initial report claimed that Snap is planning two new versions of its wearables product. one of them would include minor tweaks and would hit the market sooner, while the other would include more significant advances and would become available further down the line. If that still is Snap’s plan, it’s unclear which version of the device the FCC filing refers to.

We also still don’t know how Snap plans to shake up the marketing of its Spectacles, but it will need to if it hopes to avoid the losses its wearables department incurred last year. That deficit, which ran up to about $40 million, was the result of sales figures that were much lower than expected. According to one report, several hundred thousand pairs of unsold Spectacles piled up across warehouses in China. We’ll likely see if version two reverses the tech company’s luck sometime in the fall; that, according to Cheddar, is when its release is expected.