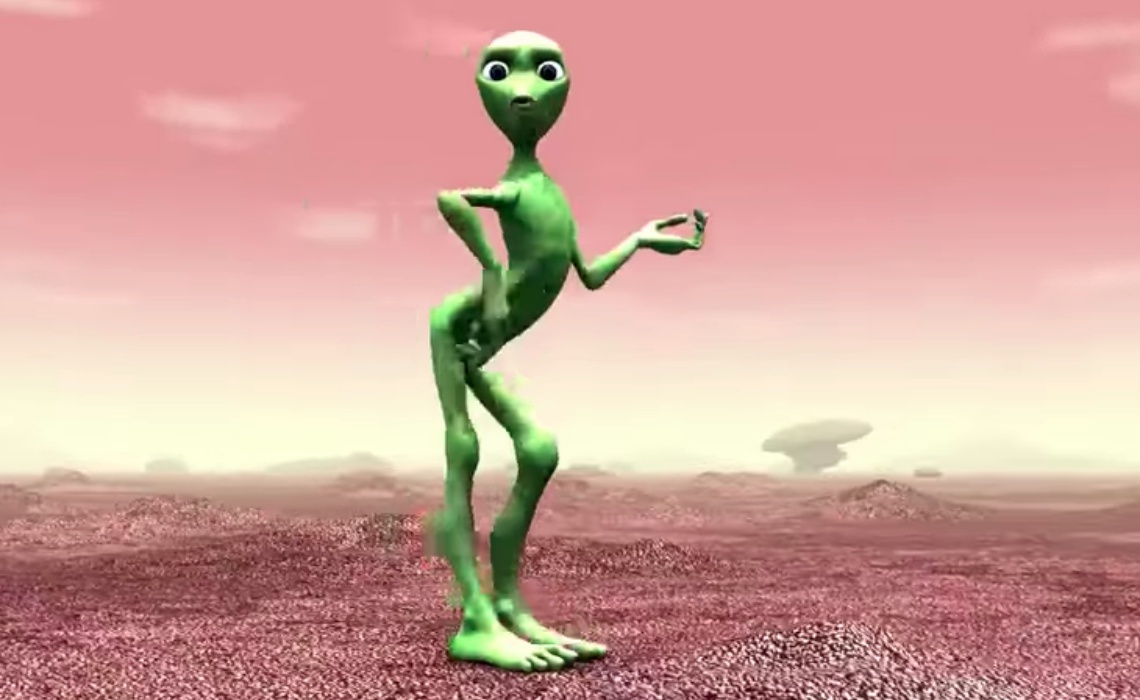 The ‘Dame Tu Cosita’ Meme Captivates Musical.ly And Makes Its Way To YouTube

A meme based around a dancing green alien is peaking, and for the second time, a Panamanian musician is going viral abroad.

The song featured in the meme is “Dame Tu Cosita” by El Chombo, which just landed on YouTube’s trending tab thanks to an “Official Video” provided by Ultra Music.

To find the origins of the “Dame Tu Cosita” meme, we must head to Dailymotion, where on October 16, 2017, a user named ArtNoux posted a video that syncs up “Dame Tu Cosita” (which literally translates to “give me your little thing”) to an animation of a dancing green creature. About five months later, that video arrived on the mobile live streaming platform Musical.ly, where it formed the basis of the “Dame La Cosita Challenge,” in which users recorded themselves imitating parts of the dance.

As a Google Trends graph shared by Know Your Meme shows, interest in the “Dame La Cosita Challenge” skyrocketed during March, and on April 5, the meme may have reached its peak. On that date, Ultra Music, which has more than 10 million subscribers on YouTube, repurposed the dancing alien clip as the official video for El Chombo’s song. In one day, the video has attracted more than 860,000 hits and has received thousands of confused comments from viewers.

The most fascinating part of this story — and, admittedly, the detail that got me interested in it — is El Chombo’s history on the internet. While you may not recognize the Panamanian performer’s alias (or his real name, Rodney Clark), there’s a good chance you’ve heard one of his songs. His absurd track “Chacarron,” which features gibberish lyrics, is itself a key part of another meme, which features silly running animals.

El Chombo’s contributions to internet culture should not be ignored. If you’re looking for the perfect song to pair with a ridiculous video, I’d recommend combing through his back catalog.