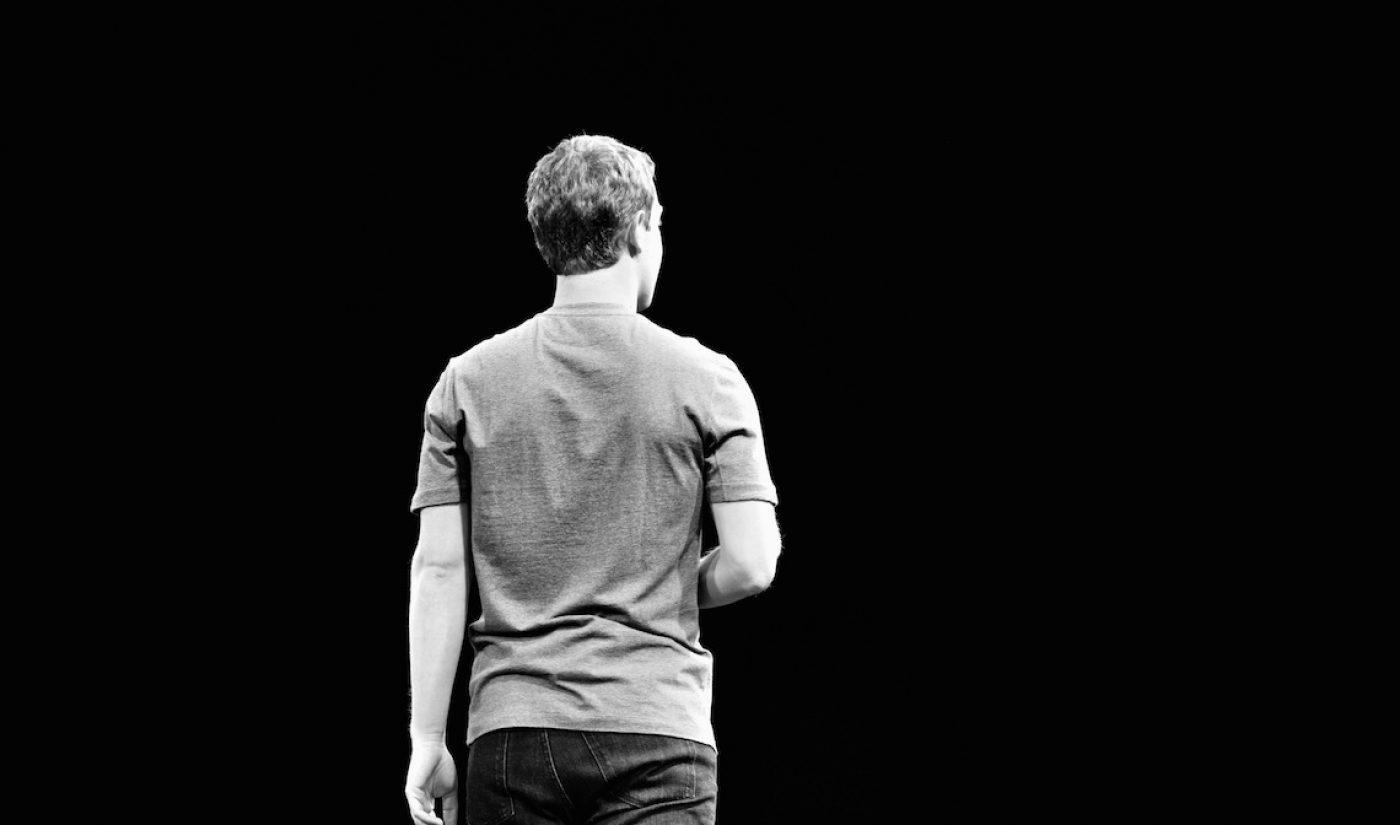 In every startup, there comes a time where the people who founded the company need to move aside for a new class of operators better suited for the challenges of another stage in corporate development. Some of the biggest messes in Silicon Valley were created when founders stuck around too long, and right now, it sure looks like we can add Facebook to the list.

But for examples of previous tardy departures, think Yahoo’s Jerry Yang. He, infamously, came back to “save” Yahoo, stifling a $44.6 billion Microsoft offer in 2008, while intimating the company was worth much more. In fact, it kind of was, but that had nothing to do with Yahoo’s core assets. An early investment in Alibaba turned into a 24% stake in one of China’s largest companies. It also shared a stake with Softbank in Yahoo Japan.

But under Yang’s and then Marissa Mayer’s leadership, Yahoo’s core assets declined steadily, even as Alibaba perked up its stock price. By the time Verizon rescued the remnants of Yahoo, after two of the largest data breaches in history, Yahoo sold for a tenth of Microsoft’s offer. Your shareholders thank you, Jerry.

Which brings us to Mark Zuckerberg, who Wednesday finally broke his lame and lengthy silence over the enveloping disaster of Facebook’s big data breach, and the fallout thereafter.

It’s only the latest development in a metastasizing mess that, in a more honorable company, would have seen the resignation in disgrace of its clearly flawed leader.

As it is, Facebook’s market value plunged $50 billion in two days this week, and a #deleteFacebook movement started, though it turns out to take as much as 90 days to extricate yourself from the company’s tentacles. Another reason to hate Mark, it might seem.

Cambridge Analytica, the British Big Data firm founded with Robert Mercer’s millions and Steve Bannon’s bile, may or may not have had a material impact on the outcome of the U.K.’s Brexit election and the 2016 U.S. presidential elections.

Their now-suspended CEO (replaced by the chief data officer!) certainly had no compunctions boasting that the company’s data targeting swayed elections. Even more creepily, the newly nixed Alexander Nix said the company would happily do even worse deeds for its clients, using setup sex and other dirty tricks to knock down opposition pols. Simply lovely.

But regardless of Facebook’s incompetence/indifference/malign neglect towards Cambridge’s collaring of 50 million users’ data (what, no audit on that stolen data?), Zuckerberg has been building bad will at a rate unparalleled among Silicon Valley’s many billionaire bad boys since Uber kicked Travis Kalanick to the curb.

There’s the rampant copying of competitor Snapchat’s best features, down to the storied names of the features stolen. There was the discovery last summer of the company’s inadequate filters on neo-Nazi material, even though both Zuckerberg and President Sheryl Sandberg are Jewish. More generally, the company has been extracting billions in value from content creators, with the most minimal of payments to any of them. Even its modest investments in content creators have routinely been killed off within a year, as the company lurches to yet another strategy.

For that matter, I’m still grumpy about the anti-competitive way Facebook scooped up positivity app tbh, though my concerns (and those of thoughtful observers such as Stratechery.com’s  Ben Thompson) about the deal apparently were not shared by the U.S. Department of Justice.

And where has Sandberg been in all this? Wasn’t she hired away from Google as the “adult,” to make up Zuckerberg’s relative managerial inexperience? If Zuckerberg has Problem No. 1, isn’t she Problem No. 2?

Of course, given his impregnable shareholder position and even more impregnable self regard, it’s unlikely Zuckerberg is departing anytime soon. The set of seemingly embargoed interviews he did with several notable news outlets covered a lot of ground, and yet, not nearly enough.

Yes, Zuckerberg was awfully sorry about the mess. Yes, Facebook is really going to crack down and audit/police bad apps swiping your data. And yes, Zuckerberg is willing to talk to Congress, if he’s the right person to do so (which begs the simple question of who besides the company’s CEO could possibly be the right person). And finally, yes, Zuckerberg allowed that maybe, just maybe, some regulation of Facebook might be in order.

All these conversations seemed to lack the one question that really matters: should Zuckerberg take real responsibility for the sustained series of bad, arrogant, and clueless decisions he’s presided over and step down?