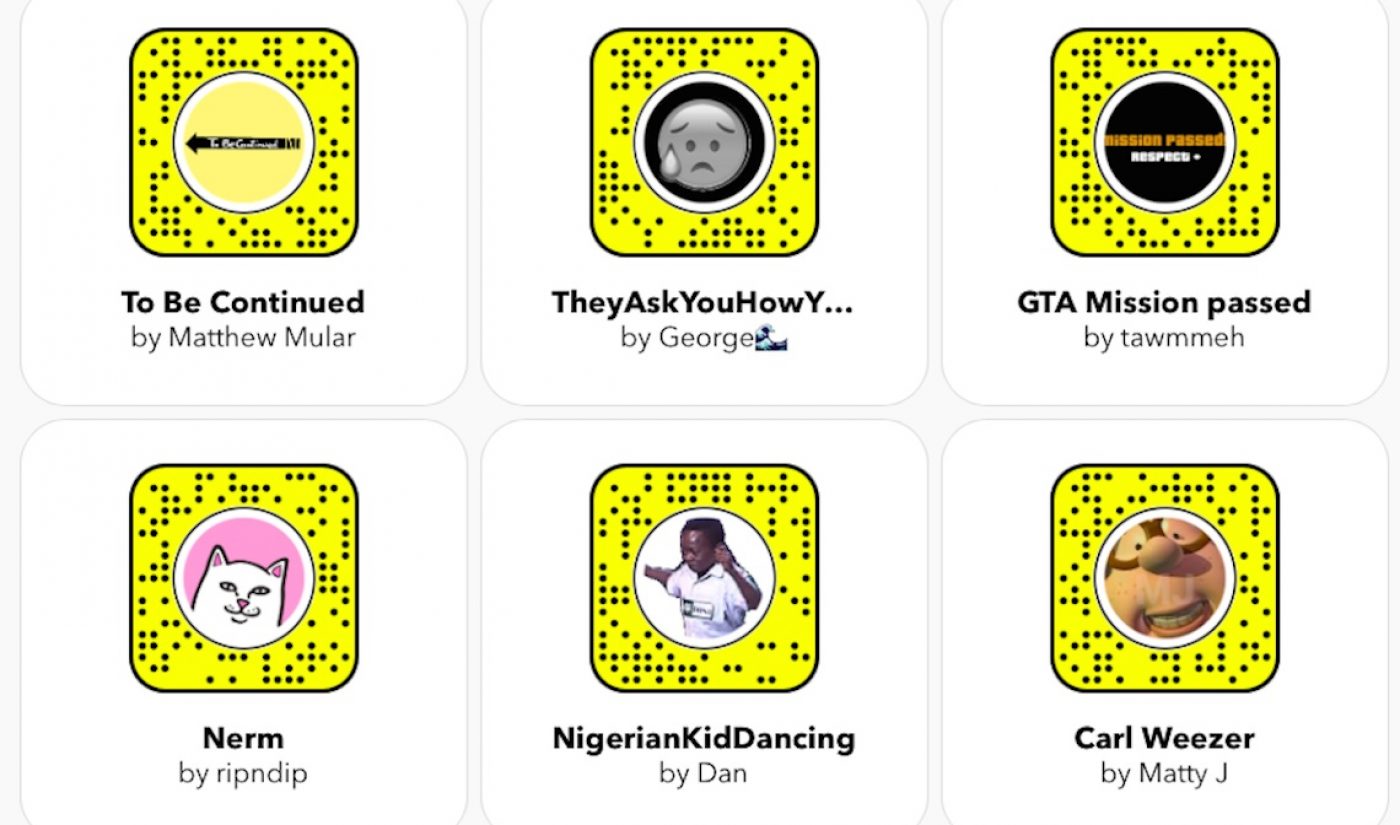 Seems like we’ve been hearing lots of bad news from Snapchat lately. From Kylie Jenner’s dis to preparation for a massive round of job cuts, it’s been a tough start to 2018–minus the saving grace of younger viewers leaving Facebook in favor of the social app. But a new move from Snapchat might help turn its fortune around.

This new move will see the app featuring creators’ work—specifically, augmented reality lenses created in Snapchat’s Lens Studio. Snapchat has long been getting flak for failing to promote its more dedicated creators, so featuring users’ work alongside Snapchat-made lenses like the adorable unicorn that barfs rainbows could appease users hoping to popularize their art through the app.

Lens Studio lets Snapchat users create and publish their own AR animations. Once Snapchat approves publication, other users can access the Lens through Snapcodes (like QR codes) in the app. According to Mashable, users cumulatively submitted around 30,000 Lenses since Lens Studio debuted in December. By late March, some of these Lenses will earn a central position on the app’s home screen, where they’ll be seen by the apps roughly 187 million daily users.

Snapchat has been steadily working to bring its loyal users helpful features. In February, it added analytics to the platform so that users could access their viewership demographics, and thus better target their audiences. Instagram, meanwhile, has been offering analytics since 2016. The social app also continues to roll out Snapchat-like features.

Meanwhile, the Lens Studio website already has a page showcasing creators’ work, about 1,800 Lenses in total. Snap Inc. has also been hosting regular Lens “challenges” for creators on the platform. So far, there have been two challenge rounds, the second soliciting users to “reach into the weirdest part of your brain and make a Lens out of what you find.” The company chose three winners, whose Lenses are promoted on the site. You can also see the latest round of winners below:

The next logical move, of course, is to promote users’ designs via the app itself. Lucky for Snapchat, it’s finally catching on to creators’ wants for the platform.