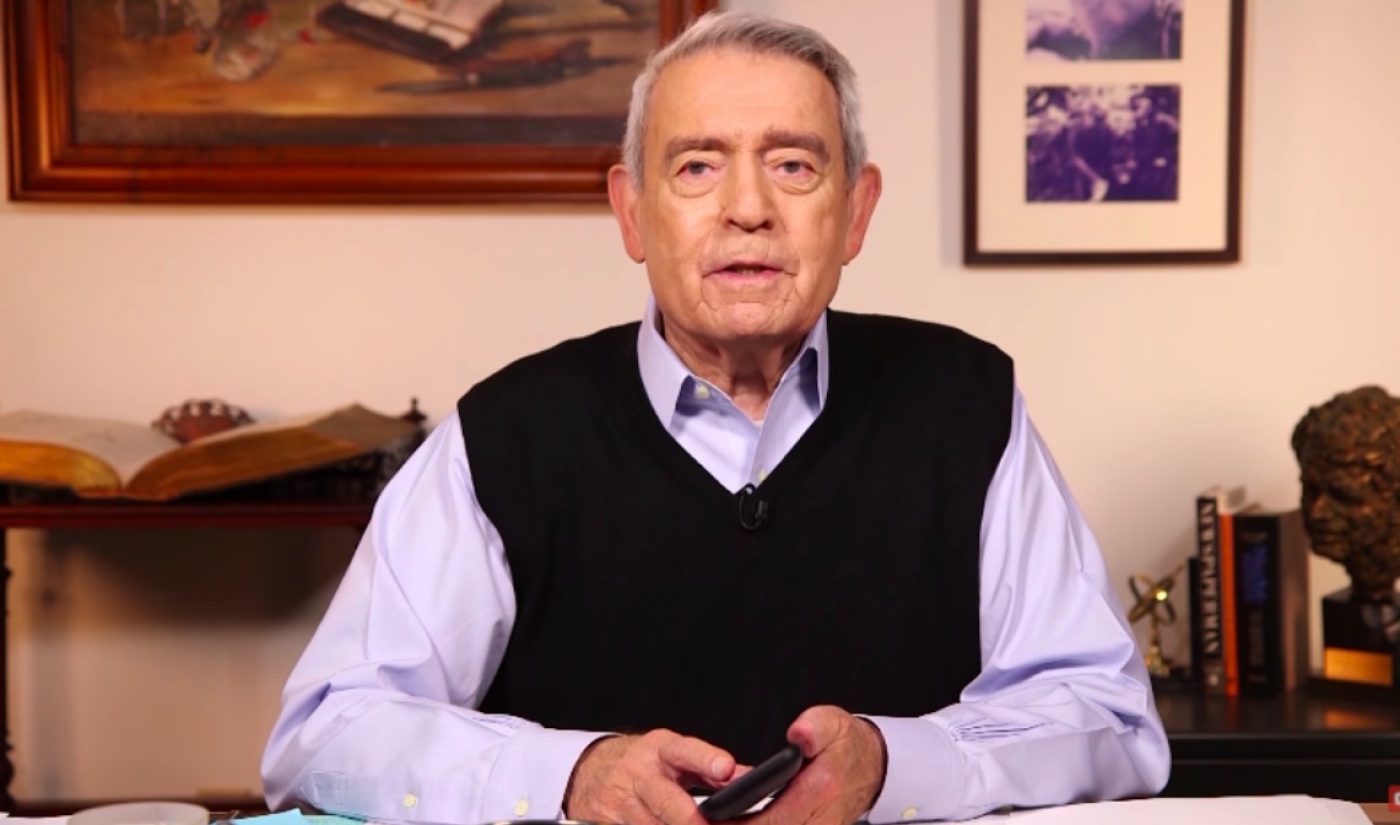 A newsman who spent decades as the stentorian voice of the CBS Evening News has set up shop on The Young Turks‘ YouTube channel. Dan Rather, who spent 44 years at CBS between 1962 and 2006, has teamed up with the digital hub for a weekly program called The News w/ Dan Rather.

During the 24 years he spent as CBS’ lead anchor, Rather ran through each day’s top stories, his deep, booming voice resonating through millions of homes. His Young Turks show, on the other hand, will give him the freedom to explore stories that may be “underreported” on other networks, according to a press release.

Rather’s appearances on the TYT YouTube channel will continue the work he has done with News and Guts, his digital news brand. The News and Guts Facebook page, launched last January, has picked up nearly three million followers since its inception.

“I have always believed in the importance of independent journalism as the red beating heart of freedom and democracy and an increasingly important force in our current climate,” said Rather in a press release. “I admire what folks like The Young Turks have been doing to keep independent journalism alive, to speak truth to power and to get millennials excited about politics and the news along the way. I look forward to the new show and to introducing The Young Turks audience to the News and Guts audience and vice versa.”

Rather also teased his new partnership in a preview video:

An 86-year-old newsman and a young, hip editorial brand may seem like strange bedfellows, but the partnership makes sense. Rather has long been characterized as leaning left, which will in theory allow his views to align with those of the progressive-leaning TYT. To see what sort of stories Rather brings to the table, check out episodes of The News w/ Dan Rather each Monday at 5:30 PM ET.