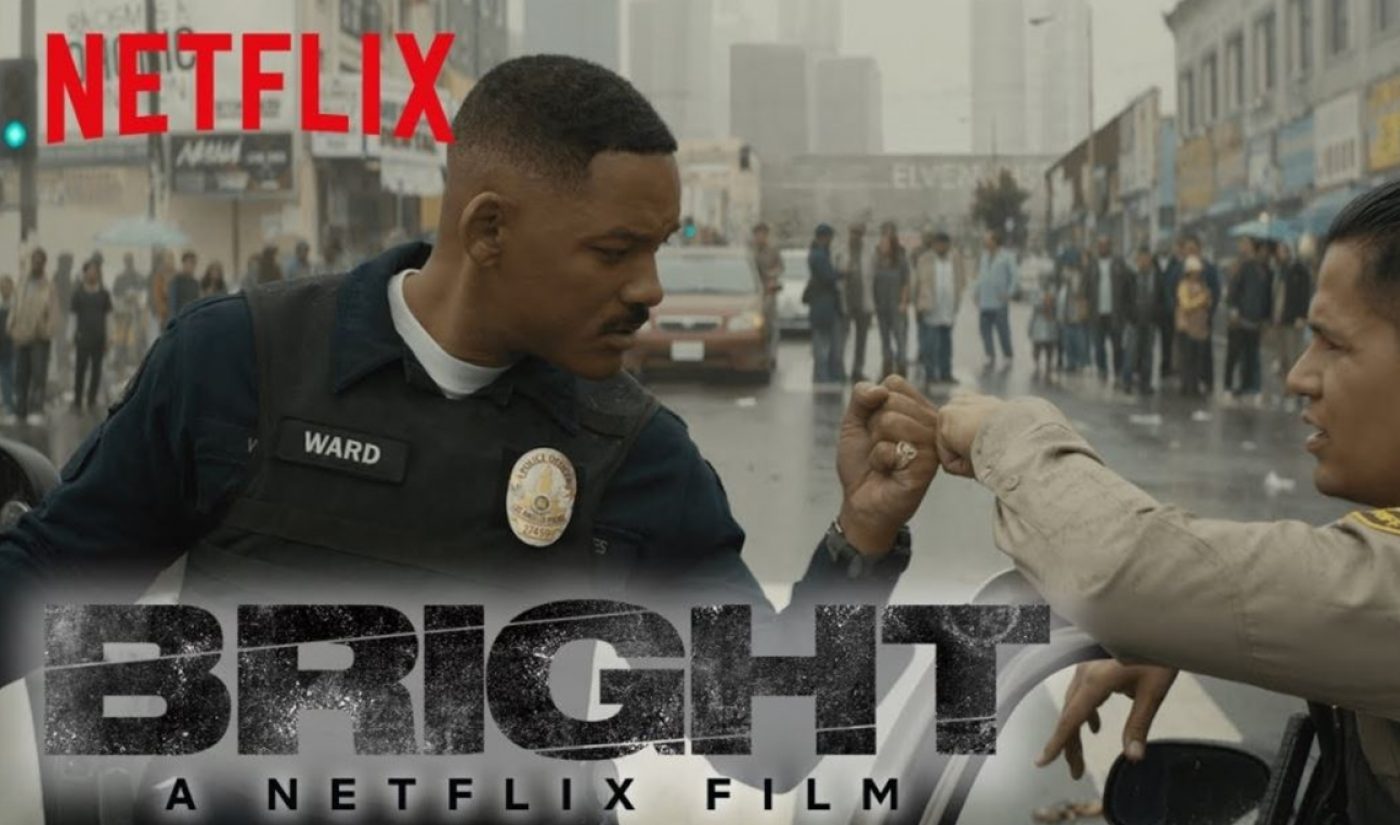 It would seem that scathing reviews only heightened the buzz for Bright — Netflix’s first-ever blockbuster-sized film release, which bowed on the service on Dec. 22.

Bright, which stars Will Smith as a cop in a sci-fi odyssey, drew 11 million viewers in its first three days, according to Nielsen, which began providing data about Netflix viewership in October. (Netflix disputes Nielsen’s ratings, which only measure views on televisions — not computers or mobile devices). Nevertheless, that’s an encouraging number, notes Bloomberg, given that 11 million viewers paying the average U.S. movie ticket price of $9 would amount to a roughly $99 million first weekend box office tally.

Furthermore, if Bright were a traditional theater release, it would have recouped its price tag — a reported $90 million — and it would have performed on par with movies like Justice League and Wonder Woman, which took home $94 million $103 million during their opening weekends at the box office, respectively. That said, Bloomberg notes that it isn’t an apples-to-apples comparison, given that some of the people who watched Bright wouldn’t have necessarily paid to see it at a theater.

Despite the impressive intake, Bright still didn’t garner as many viewers as Netflix’s hallmark Stranger Things horror series, whose second season drew 15.8 million viewers over the same time period, according to Nielsen. More recently, the premiere of the second season of The Crown drew 3 million viewers. A sequel for Bright is reportedly on the way.