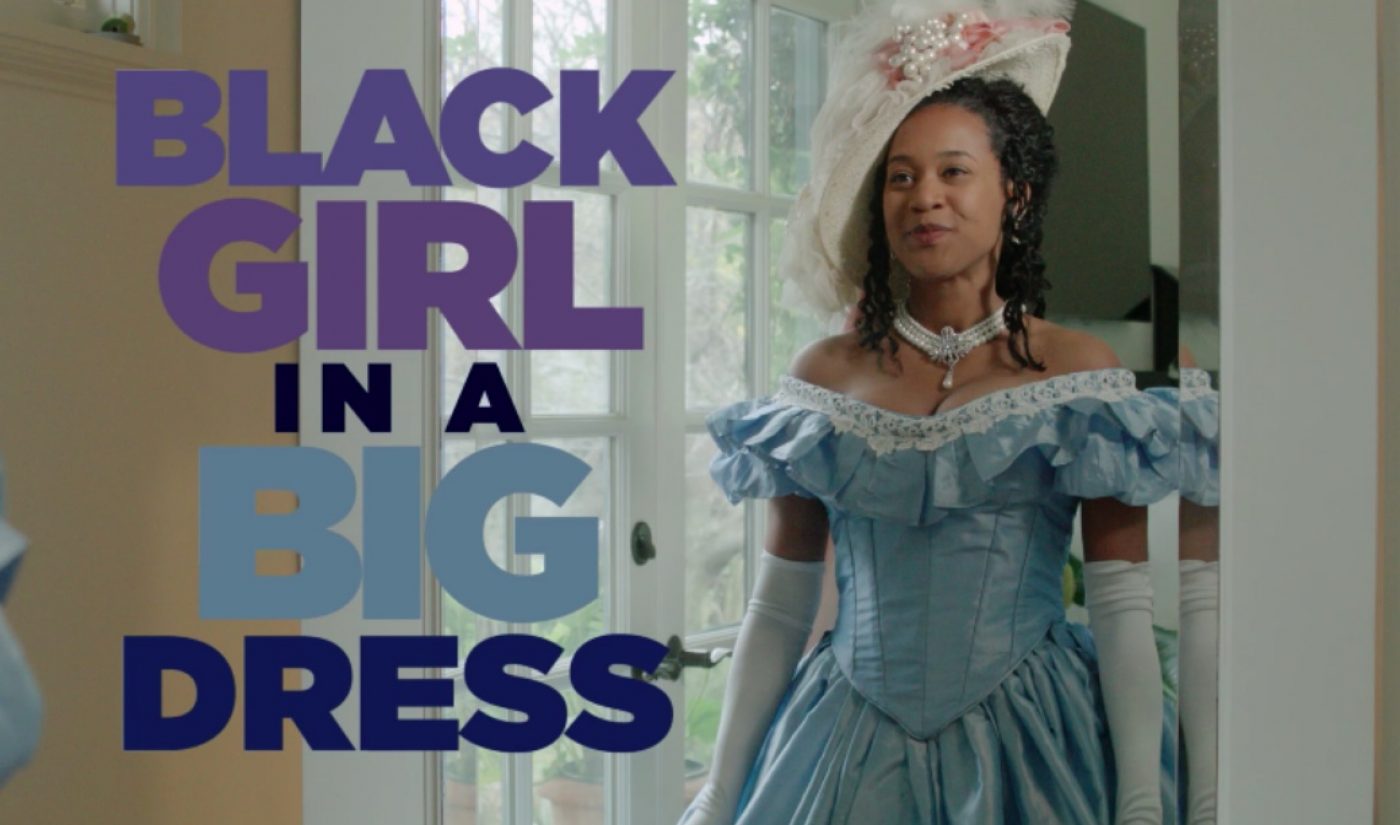 Prithee, tell me, is thou in the mood for mood for a web series that marries Victorian culture to contemporary racial politics? If so, hie thee to Black Girl In A Big Dress. Aydrea Walden‘s fish-out-of-water tale is a witty comedy that seeks to break down and analyze several social conventions of the present day.

The titular Black Girl In A Big Dress is Adrienne, portrayed by Walden. In her free time, Adrienne dons frilly clothes from the 19th century and heads to period-appropriate garden parties, where she seeks both friendship and the affection of gentlemanly suitors. In the real world, she struggles to reconcile her old-fashioned ideas with the complexities of 21st-century life and love while also meeting some resistance to her unusual pastime. In the premiere episode, for example, she gets herself into a bind when she realizes she does not have a change of clothes to wear after leaving a Victorian-style garden party.

As much as Black Girl In A Big Dress comments on society, its main strength is its ability to generate laughs. If the phrase “trollop-shaming” makes you giggle with its absurdity, you’ll probably enjoy this one. Check it out on YouTube.