TONIGHT—Tubefilter Meetup: The Evolution Of Women In Comedy 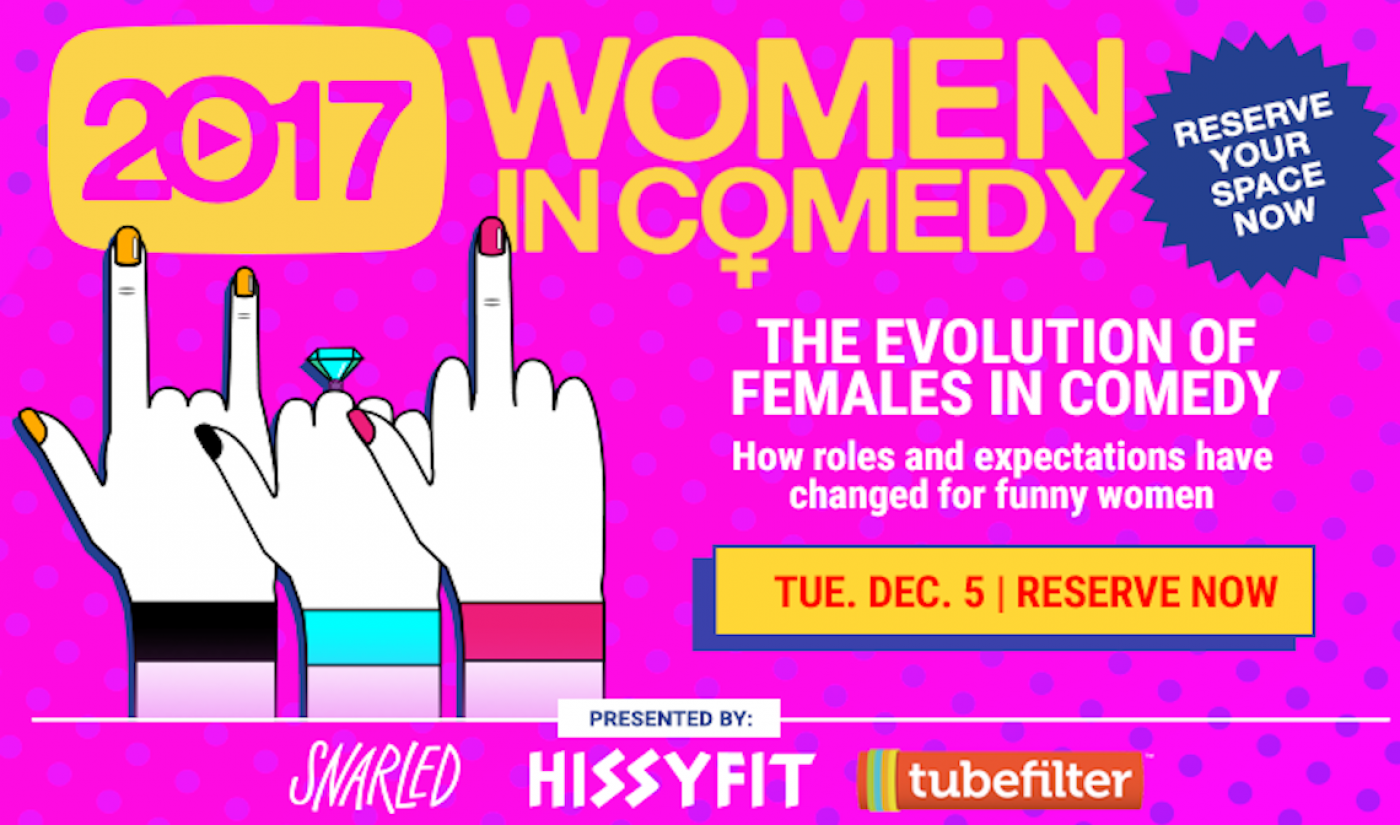 Female comedians are growing in popularity across all platforms. And not only do they continue to redefine what it means to be funny, they demonstrate that a woman can embody any number of characteristics to convey who she is as an entertainer.

Hollywood’s rules of what defines a woman as an entertainer are outdated, however, and—as we all know—there’s nothing funny about being a woman in the entertainment business right now.

In this installment of the Tubefilter + SNARLED Women In Video Series, we’re going to focus on how a new wave of multi-dimensional, dynamic women offer a completely new glimpse into the ever-evolving definition of what it means to be female and funny in the entertainment business. Moderator: Drew Baldwin | Founder of Tubefilter,
Creator of the Streamy Awards and the Purpose Awards @ the Streamys It’s back! By popular demand, the Tubefilter Meetup is coming back to Los Angeles. We’ve teamed up with SNARLED, one of the fastest-growing alternative women’s networks, to bring a new series of meetups throughout the year focused on new creative and diverse female voices.

For too long, the mainstream media has trivialized young women’s needs, wants, and concerns with a deluge of vapid editorial. Traditional publishers struggle to maintain the “authenticity” they have been selling their advertisers as their influence declines. Women focused groups and interests that used to be considered fringe or niche are finding massive audiences with their unique points of view. And with the rapid evolution of online video and social media, young women are gravitating toward creators across multiple platforms to find voices that represent their own.

Join us as we sit down with some of the most successful creators, talent, and programmers who are leading the charge in bringing niche female programming from alternative to mainstream.

With over 25,000 members on its roster, the Tubefilter Meetup brings together the most dynamic group of online entertainment professionals in the industry.

Check out the schedule below for our entire Tubefilter Meetup schedule. Mark your calendars accordingly.

Tuesday, December 5, 2017 • The Evolution of Women In Comedy