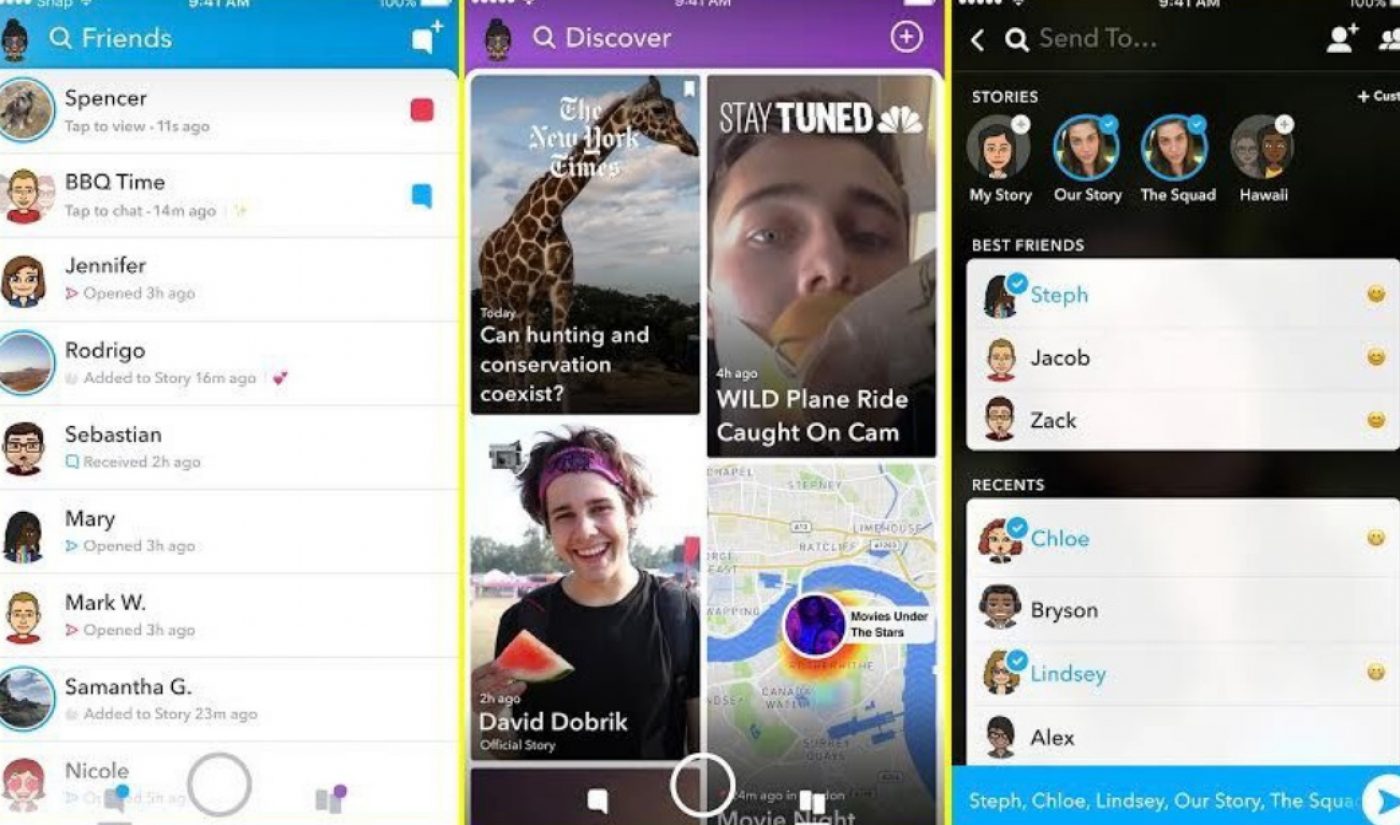 Three weeks after Snapchat CEO Evan Spiegel revealed that his company planned to redesign its app, a preview of that change has arrived. The new version of Snapchat will separate publisher content from interactions between friends, creating a two-sided layout that is designed to aid discovery.

Snapchat’s new look uses its camera as a divider of sorts. Swipe to the left, and you’ll find content from your friends; swipe right, and you’ll reach the Discover section, which includes pictures and videos from major media brands.

The plan, as Snapchat has explained it, is to foster an entertainment environment dictated by recommendations that are rather than user-based ones. That update could provide a better browsing experience for users while also improving the quality of content that gets promoted. “The Snapchat solution is to rely on algorithms based on your interests — not on the interests of “friends” — and to make sure media companies also profit off the content they produce for our Discover platform,” Spiegel wrote in an op-ed piece published on November 29. “We think this helps guard against fake news and mindless scrambles for friends or unworthy distractions.”

Snapchat is in need of a win after slogging through a difficult 2017. Tough competition from apps like Instagram and the failure of a wearable venture called Spectacles have caused Snap to fare poorly on the stock market since it filed for its IPO back in February. Perhaps an evolution into a social network based around trust and top-quality content can help the beleaguered app right its ship.

The new Snapchat layout is currently available to a small group of users. It is expected to reach a wider number of consumers in the “coming weeks,” as noted by Variety.