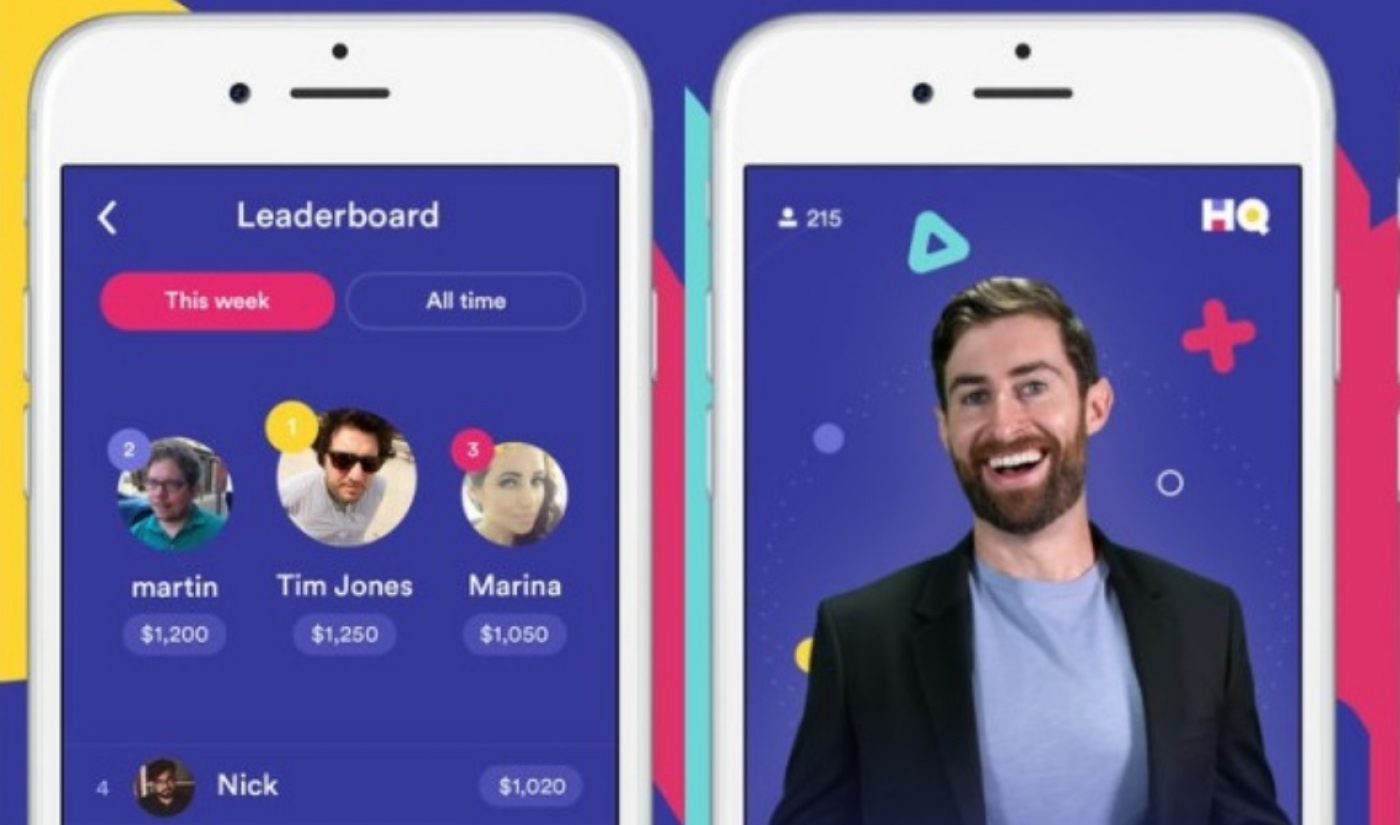 For many, it has become a daily regimen: Twice a day, at 3 PM EST and 9 PM EST, they attempt to answer 12 trivia questions in a row and win real money. The name of the game is HQ Trivia, and it recently hosted its biggest audience yet. On Sunday, November 19, HQ offered up a $7,500 pool, and 120,000 concurrent players showed up to vie for their piece of that prize.

HQ, from Vine co-founders Rus Yusupov and Colin Kroll, launched a month ago and quickly drew users thanks to its addictive format. The sessions that draw the most attention happen on Sunday nights, when the app tends to give away its largest cash prizes each week. On November 19, news of the $7,500 pot brought a record number of fortune seekers, who responded to questions posed by host Scott Rogowsky.

After a few lay-ups, a devastating question about global pasta consumption eliminated thousands, including yours truly. A later stumper concerning the original Coachella lineup continued to thin out the herd.

I can’t believe I got this question wrong on @hqtrivia! pic.twitter.com/vi6Pxr9jq1

Only 14 players were able to withstand the entire 12-question gauntlet. They split the $7,500 pot evenly and each took home $535 via PayPal.

“Growth is organic and it’s going pretty quickly, for a number of reasons,” Yusupov told Tubefilter. “First, we’ve found that the gameplay grabs people – they really love playing. And second, they want to share the experience with family and friends. It’s really gratifying playing with people you know in real life.”

HQ’s success has observers wondering how big it can get. Several outlets have described the app as the future, owing to its novel approach to live video, and the cultural impact it has had in its first month is undeniable and impressive. On the other hand, its growing player base seems to be taxing its servers. Many of the games I’ve joined recently have been glitchy, and one time, the app didn’t register my response to a question, even though I clicked on the correct answer (not that I’m salty about it or anything).

Even if HQ will need to muster more technical power to support its exploding audience, the app is proving that it’s here to stay. For Yusupov and Kroll, lightning appears to have struck twice, and this time, they probably won’t be so quick to sell.

HQ is available from the App Store. Sorry, Android users — you’re out of luck for now.