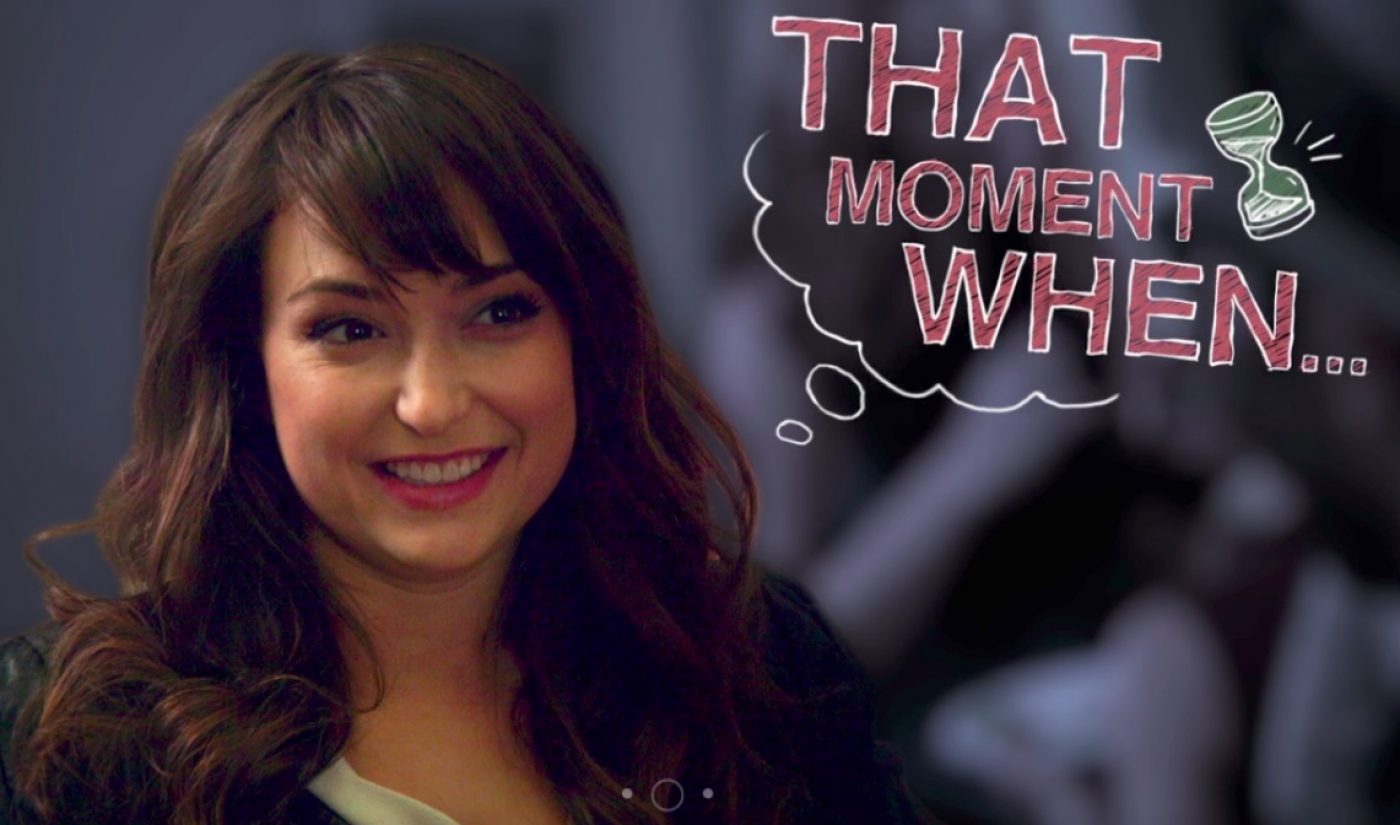 Eko, the media company formerly known as Interlude, has returned with yet another clever piece of interactive content. It has teamed up with Sony Pictures Entertainment and Olive Bridge Entertainment for That Moment When, a comedy series directed by Legend Of Neil creator Sandeep Parikh.

That Moment When stars actress Milana Vayntraub as Jill, who consistently finds herself in awkward situations. In the premiere episode, she stands opposite a mystery man who remembers her name even though she does not recall his. By making choices throughout the ensuing dialogue, viewers unlock letters of Parkih’s character’s name while also altering the present narrative. Ultimately, the episode’s conclusion knits together the various plot points the viewer has chosen in a satisfying a compelling manner.

Parikh’s Legend of Neil was a seminal comedy from the web series industry’s early days, and with his latest work, he’s once again delving into fresh territory. “That Moment When is all about thrusting the viewer into those relatable awkward moments. They get control of our lovably-immature protagonist, Jill, as she tries to remember someone’s name at a party, or gets dumped in public, etc., and then watch the playful mayhem that ensues,” said Parikh in a press release. “The way Eko’s technology puts the viewer in the driver’s seat to make choices in real time, intuitively and seamlessly, is revelatory. It’s like a TV sitcom and a smart phone game made sweet love and had a beautiful hybrid baby that’s the best of them both.”

Eko and Sony have become close partners. In 2016, the latter company invested in the former, kickstarting a multi-title agreement that will include That Moment When and several other interactive shows.

That Moment When will consist of seven episodes.