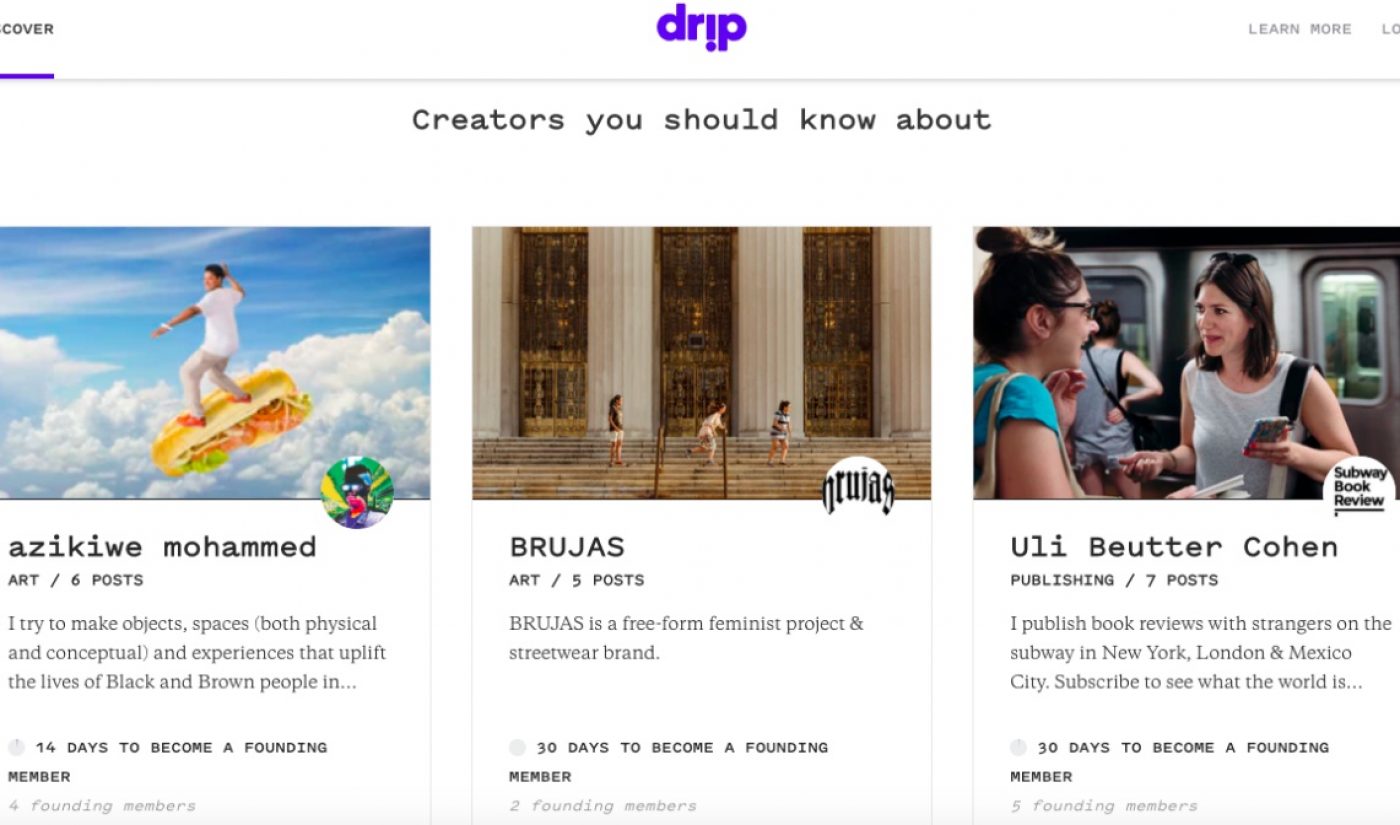 Kickstarter, once a trailblazer in the crowdfunding industry, now offers little to distinguish itself from a host of similar services. To combat that issue, the Brooklyn-based company is launching Drip, a platform whose moneymaking model resembles that of Patreon.

Drip, like Patreon, allows individual users to solicit recurring monetary contributions from their supporters while offering various perks in return. Backers who contribute to Drip campaigns shortly after they open up are also eligible for “founding member” status, which opens up additional benefits. Users can set the period of time during which founding members can join. On most pages, backers have one month post-launch to add their names to that elite group.

Kickstarter has also designed Drip to afford users as much flexibility as possible. “Creators will be able to export their data and content, and we’ll even help creators securely transfer subscription and payments information to other subscription platforms,” reads a blog post introducing the service. “We believe creator independence means not being locked into a platform by design.”

Drip shares its name with a company that Kickstarter acquired last year. With the debut of the new platform, the old Drip homepage will be shut down.

Right now, creators are being added to Drip on an invite-only basis, though it will eventually be opened up more widely. The first crop of fundraisers to join the platform includes a few familiar names, such as RiffTrax and Mike Rugnetta.

The launch of Drip comes at a time when Kickstarter’s business appears to be hitting a bit of a bumpy patch. The Verge noted that 2016 was the first year in which Kickstarter generated less funding for creators than the year prior. It has also lost several notable executives, including CEO Yancey Strickler, who announced his departure from his post back in July. Meanwhile, sites like Patreon and GoFundMe continue to gain users, roll out new initiatives, and raise capital.

While Kickstarter could use a big win, it is moderating its expectations for Drip. “We’re not basing our success or failure primarily on growth. It’s about, are we succeeding in our mission? Are we helping creator projects come to life?” Kickstarter founder Perry Chen told The Verge. “Hey, we’re generally helping similar numbers of creator projects come to life over the last few years. So that’s pretty amazing.”

Drip’s initial roster of creators can be discovered via the platform’s website.