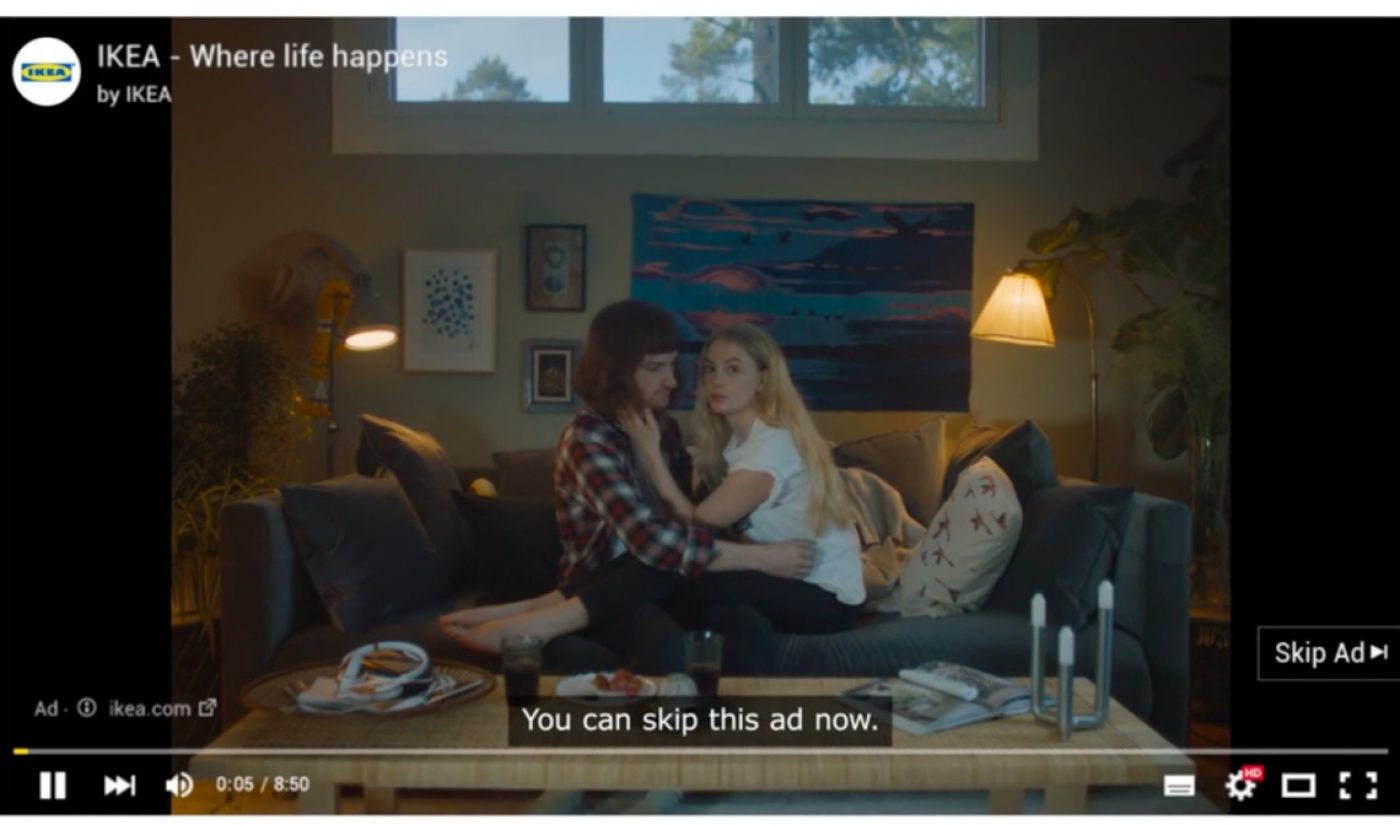 Pre-roll advertising is a hard game to play. Most viewers would rather skip ahead to their desired videos than stick around to watch commercials, so brands that wish drive any sort of interest through their YouTube spots must do whatever it takes to capture attention.

Enter Ikea. The Swedish retailer, working with agency Akestam Holst, has devised pre-roll advertisements that run for several minutes and feature young people who are perturbed at the viewers who are watching them.

CNBC, which reported on the ads and captured videos of them, noted that the clips are part of Ikea’s Where Life Happens campaign. In each spot, Ikea grabs viewer attention within the first five seconds (which is always a smart move) by having a teenager explain that it’s OK to skip ahead. Should the viewer stick around, they’ll look on as the teen washes dishes or makes out with her boyfriend. The latter of those scenarios plays out over a whopping eight-minute runtime, making it less of a commercial and more of a branded short film.

Ikea’s pre-roll ads are so boring that they’re actually interesting. Adweek, in its coverage of the campaign, explains that this “irresistibly pointless” quality is exactly what the Swedish furniture maker is going for. It’s hard to create art through the medium of YouTube pre-rolls, but Ikea has pulled it off. I would expect nothing less from the brand that managed to make its modern Scandinavian design aesthetic an ubiquitous part of American homes.