Creators Can Now Connect Their Patreon Pages To WordPress, Slack, And Other Apps 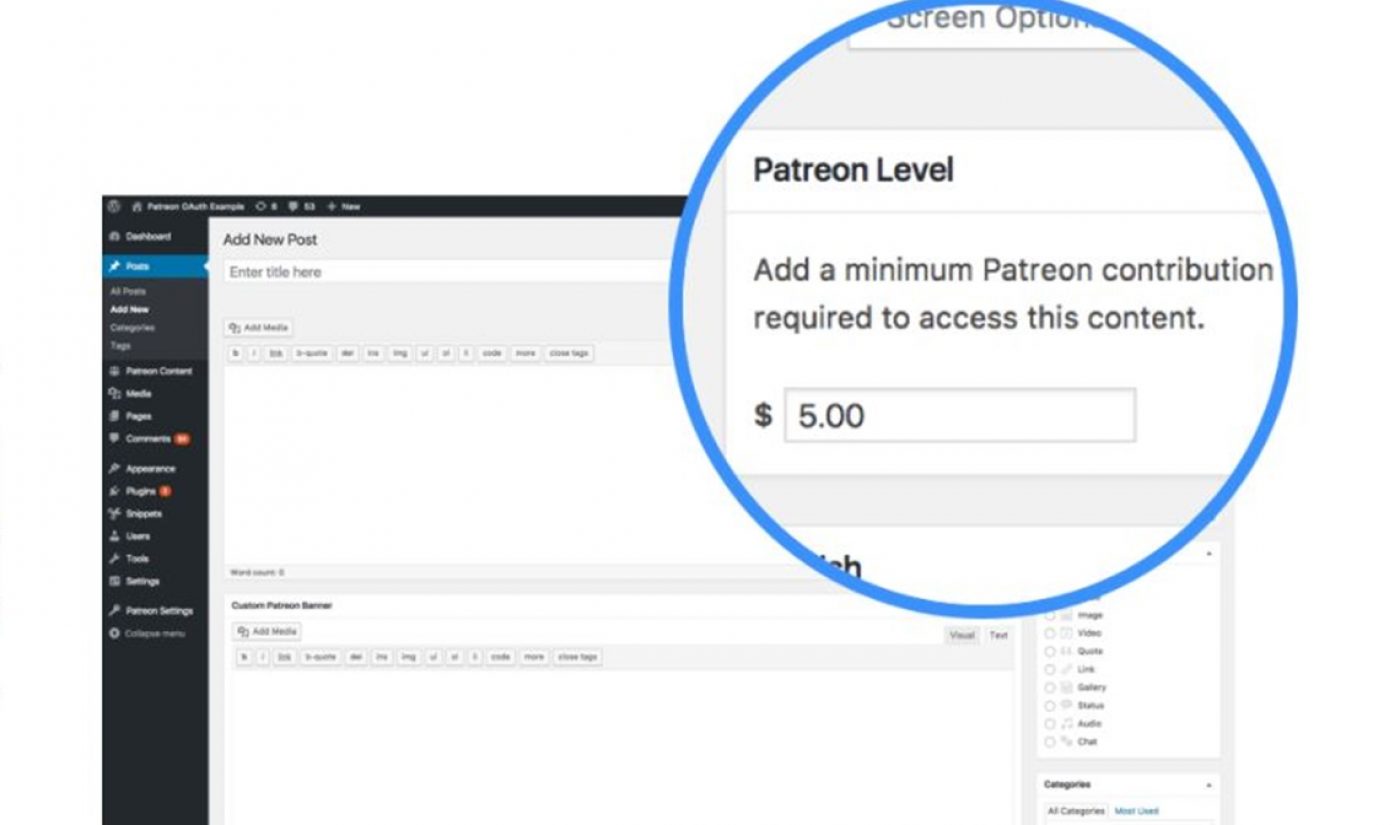 Patreon, the membership platform that helps creators of every stripe receive subscription payments directly from their fans, is integrating compatibility with other platforms — including WordPress and Slack — to make it easier for creators to generate money across the web.

The updates arrive on the heels of a $60 million funding round — reportedly valuing the company at $450 million — which Patreon said it would harness to build new tools for creators.

The first update announced today is a new App Directory, which aims to combine creators’ various platforms and communities into one streamlined membership business. For instance, users will now be able to: generate income via a WordPress website by adding membership options; automatically connect administrative apps — including MailChimp, Google Sheets, and Twitter — to Patreon with Zapier; offer patrons special perks via Discourse; and create patron-only chat rooms on Discord — a free voice and text chat app targeting gamers.

Later this year, writes growth and platform product manager Tal Raviv in a company blog post, Patreon will add Slack compatibility via the App Directory, enabling creators to chat with patrons in private messaging channels. It’s worth noting, however, that Patreon makes no mention of integrating popular platforms like YouTube and Twitch into its App Directory — which are critical distribution channels for much of the creator community.

The second major update from Patreon today is a new Developer Portal, which will open up its APIs to third-party web developers who wish to build new tools for the community. Interested developers can connect with creators in a dedicated discussion forum right here.

Patreon, which says it will pay creators a total of $150 million this year — an encouraging sum given that many digital creators have seen their revenues plummet in the wake of a YouTube Adpocalypse — also announced several updates to its platform last June. These included a new mobile app called Lens, a thorough customer relationship management (CRM) tool, an early access feature, and a partnership with live streaming platform Crowdcast.