VRV, “A Place Where People Can Really Nerd Out,” Seeks A New Formula For SVOD Success 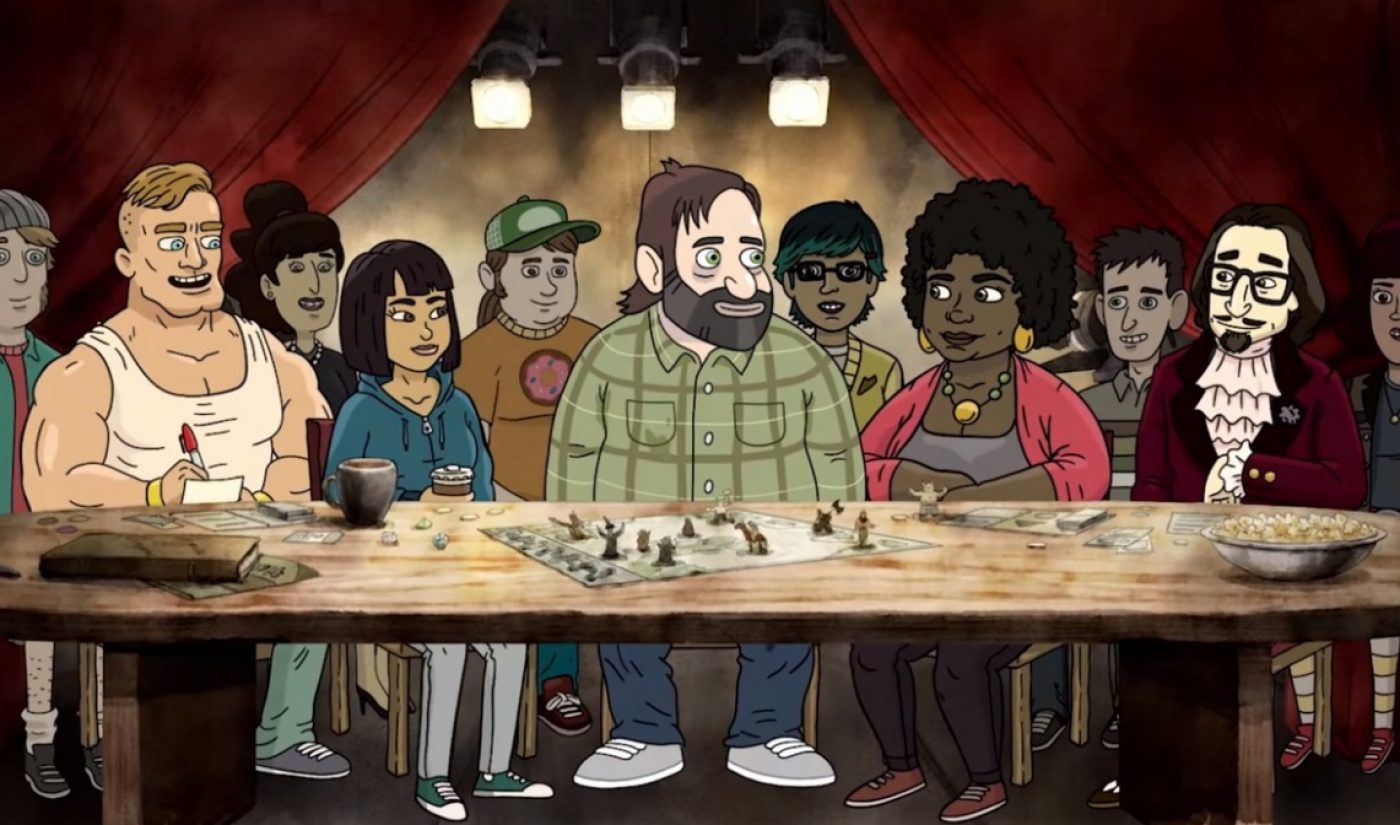 Almost a year later, VRV is quietly plugging along and honing its model so that it can position itself as a unique offering in the saturated SVOD landscape. One of the platform’s most significant original programs, the second season of Dan Harmon‘s animated Dungeons & Dragons adventure HarmonQuest, arrived on September 15, so now a good time to check in on VRV and its curious position within a crowded field.

What sets VRV apart from the SVOD pack, according to its General Manager Arlen Marmel, is its status as neither a large, utility-level player (think Netflix) or a niche offering. Instead, it is a network of subscription services, which can be purchased a la carte or bundled together in a $9.99-per-month option referred to as the VRV Combo Pack. Customers who come in at that tier gain access to all of the content VRV has to offer as well as its VRV Select channel, which features a curated slate of programming.

As Marmel sees it, the Combo Pack is a “no-brainer” for people who are interested in several of the individual subscriptions VRV has to offer. If, for example, you want to become a member of Rooster Teeth FIRST, Legendary’s Alpha, and Crunchyroll’s ad-free tier, you can save money by bundling those memberships together on VRV. “Our belief is in user choice,” Marmel told Tubefilter. “VRV represents an aggregated curated platform.”

The ability to bundle these memberships would be useless if there was no overlap between, say, Rooster Teeth fans and Crunchyroll fans, but VRV prides itself on building a library of services that all appeal to a single, common consumer. “We want to be a place where people can really nerd out,” Marmel said. He referred to the passion of the Crunchyroll community, which leaves thousands of comments on individual episodes. He expressed that viewers want to “talk to like-minded people about that content,” and VRV is one place where they can find those individuals.

The benefits are not just for the nerds who get to save money on their subscriptions, but also for the providers of those subscriptions. On their individual platforms, the Rooster Teeths and Cartoon Hangovers of the world reach their own communities. On VRV, cross-pollination can occur. “We think we can enable them to tap into a much broader audience,” Marmel said. “There is a big benefit to being a part of this curated mall for like-minded people.”

Even with all of this strategy in place, content is still king, and VRV’s growing lineup of original programs will be a strong asset for the platform going forward. The NBCUniversal-run comedy SVOD service Seeso, which announced its impending shutdown back in August, had been one of the subscriptions available on VRV. As its fate was sealed, VRV swooped in and touted itself as the home of Seeso originals like HarmonQuest and My Brother, My Brother, and Me, which retain significant followings online.

Marmel lamented Seeso’s demise and acknowledged the struggles it faced as it looked to establish itself in an industry where consumers have so many options. “I think it is really difficult to do it all on your own,” Marmel told Tubefilter. “There was some of that Seeso catalog that fit our mandate really well.”

The whole point of VRV is that none of the niche SVODs on the market have to hunt for viewers on their own. They can join together to create an offering that, while still not on the level of a Netflix or Amazon, is a compelling purchase nonetheless. Marmel put it simply: “I don’t believe there is a product that yet exists like this.”