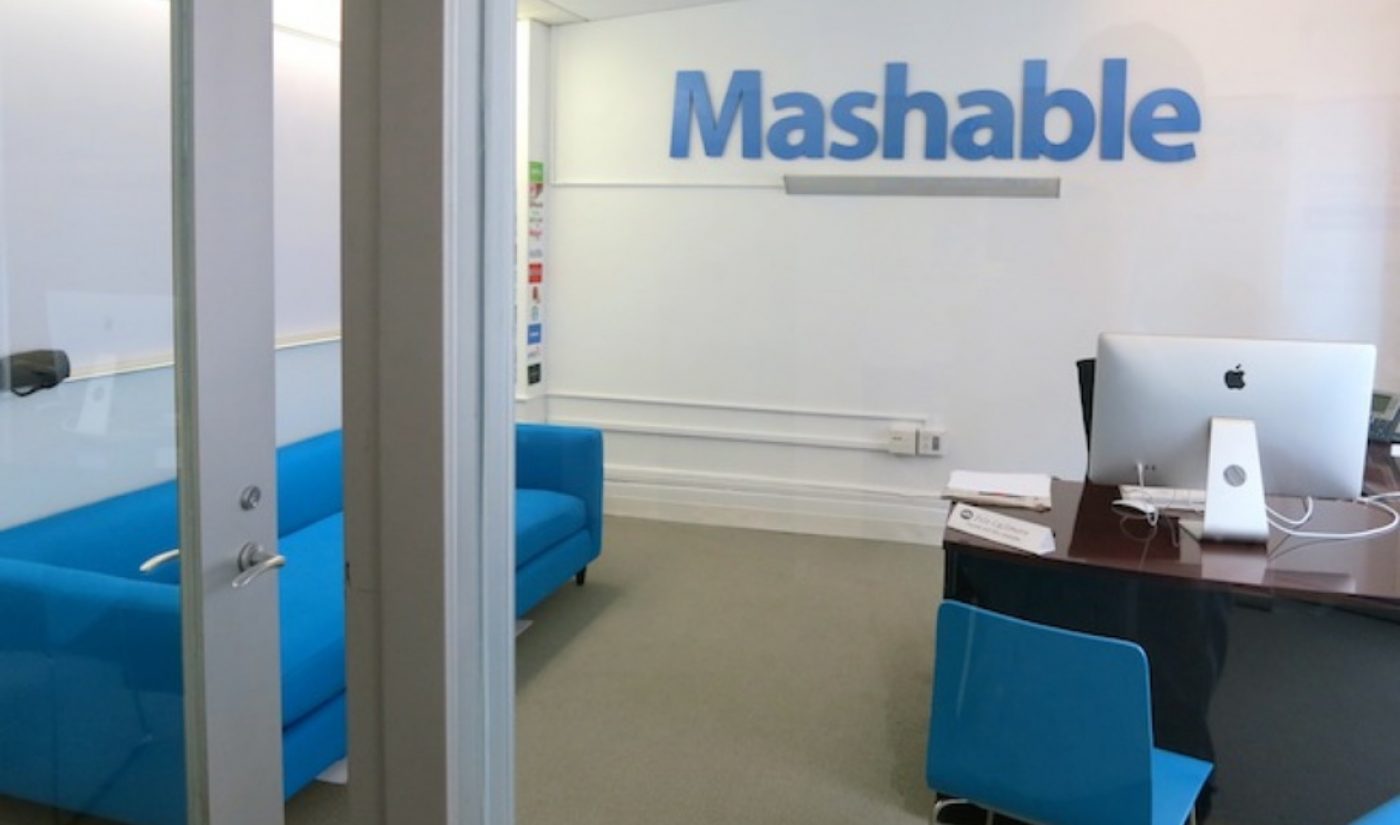 Big changes could soon be coming to Mashable. According to The Wall Street Journal, which cited unnamed sources, the digital publication is in talks with German media company ProSiebenSat.1 regarding a potential sale.

The WSJ report said Mashable is “leaning toward an all-out sale,” though the financial terms the company is considering have not been made public. Mashable, which covers subjects like pop culture and digital media, has showed some signs of potential struggles over the past year-and-a-half. An April 2016 round of layoffs saw several top staffers leave. Then, last month, Chief Digital Officer Adam Ostrow departed his post to take a job at Tegna.

More broadly, Mashable has joining many other media companies in attempting a pivot to a more video-oriented approach. The publication’s most recent funding round, a $15 million raise announced in March 2016, saw it eye a presence on linear TV via Turner’s roster of channels. A year later, Mashable’s pitch at the annual NewFronts included a big focus on mobile video.

Should ProSiebenSat.1 indeed acquire Mashable, it would add the publication to its long list of subsidiaries and investments in the digital media world. The German mass media organization picked up a majority stake in the Studio71 network, which works with several top YouTube stars, back in 2015. It also participated in a $30 million funding round for online streaming service Pluto TV in 2016.