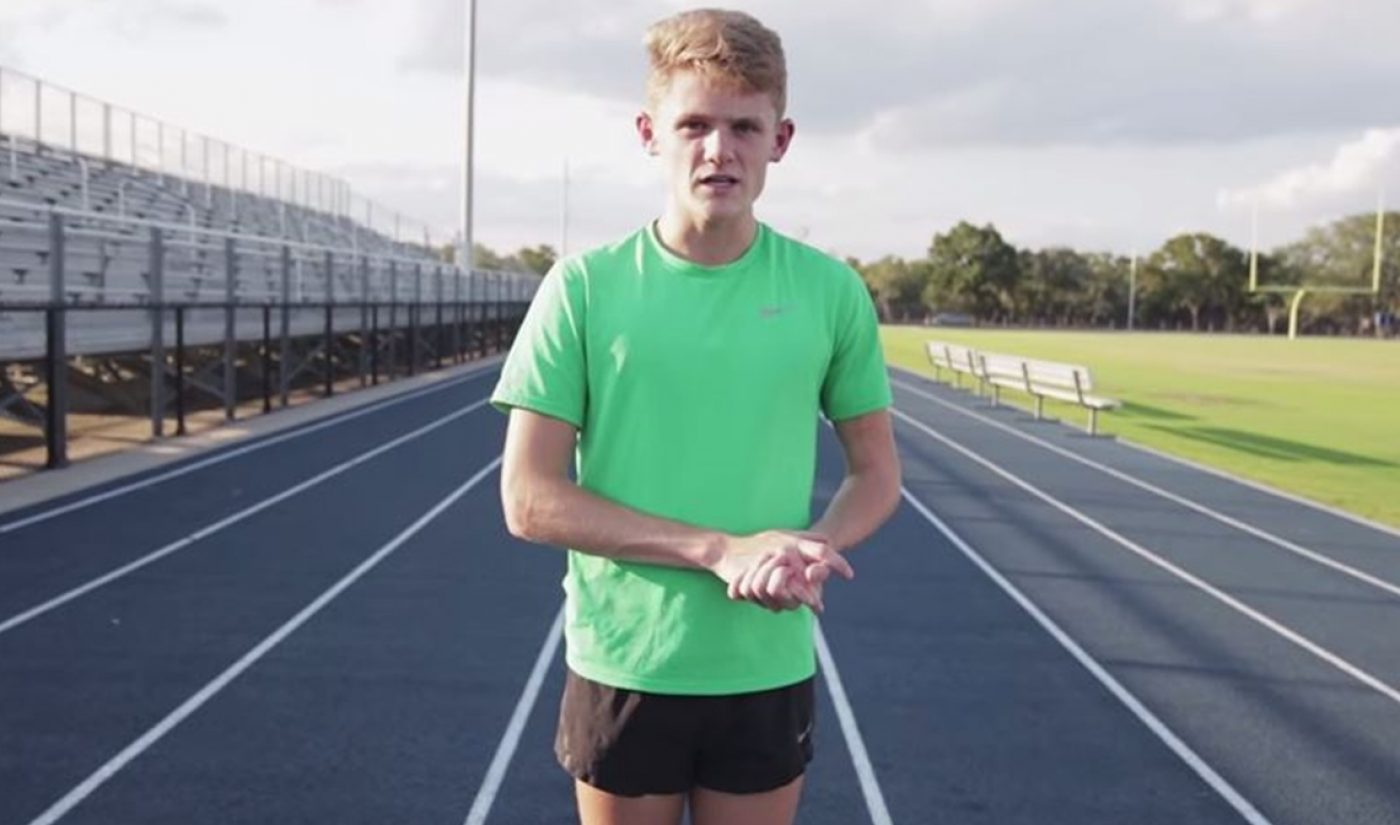 The NCAA, which is notoriously strict about student athletes operating businesses while on scholarship, told Trahan that he must omit one subject from his YouTube venture: mentions of his company or mentions of his cross country career. The issue is that, per the NCAA, student athletes can’t use their status as a means of promoting a business. Though Trahan, who counts more than 14,500 subscribers, sees the two topics as inextricably linked.

“These are the two biggest things in my life,” Trahan said in a video posted yesterday about the situation (below). “They’re asking me to throw one out the window, essentially.”

Accordingly, Texas A&M’s athletic department and Trahan have filed a waiver with the NCAA to seek a compromise, according to The Dallas Morning News. In a series of tweets, the NCAA said it hadn’t received the waiver yet and was working with A&M to resolve the issue. The organization noted that it encourages student athletes to run businesses — but ones that are “not based on their athletics reputation or ability.”

Central Florida football star Donald De La Haye recently faced a similar conundrum with respect to his football-themed vlog and sketch comedy channel Deestroying. The NCAA ultimately offered De La Haye a deal that would let him keep his athletic eligibility so long as he only monetized videos that did not discuss football, though he ultimately declined, losing his scholarship.