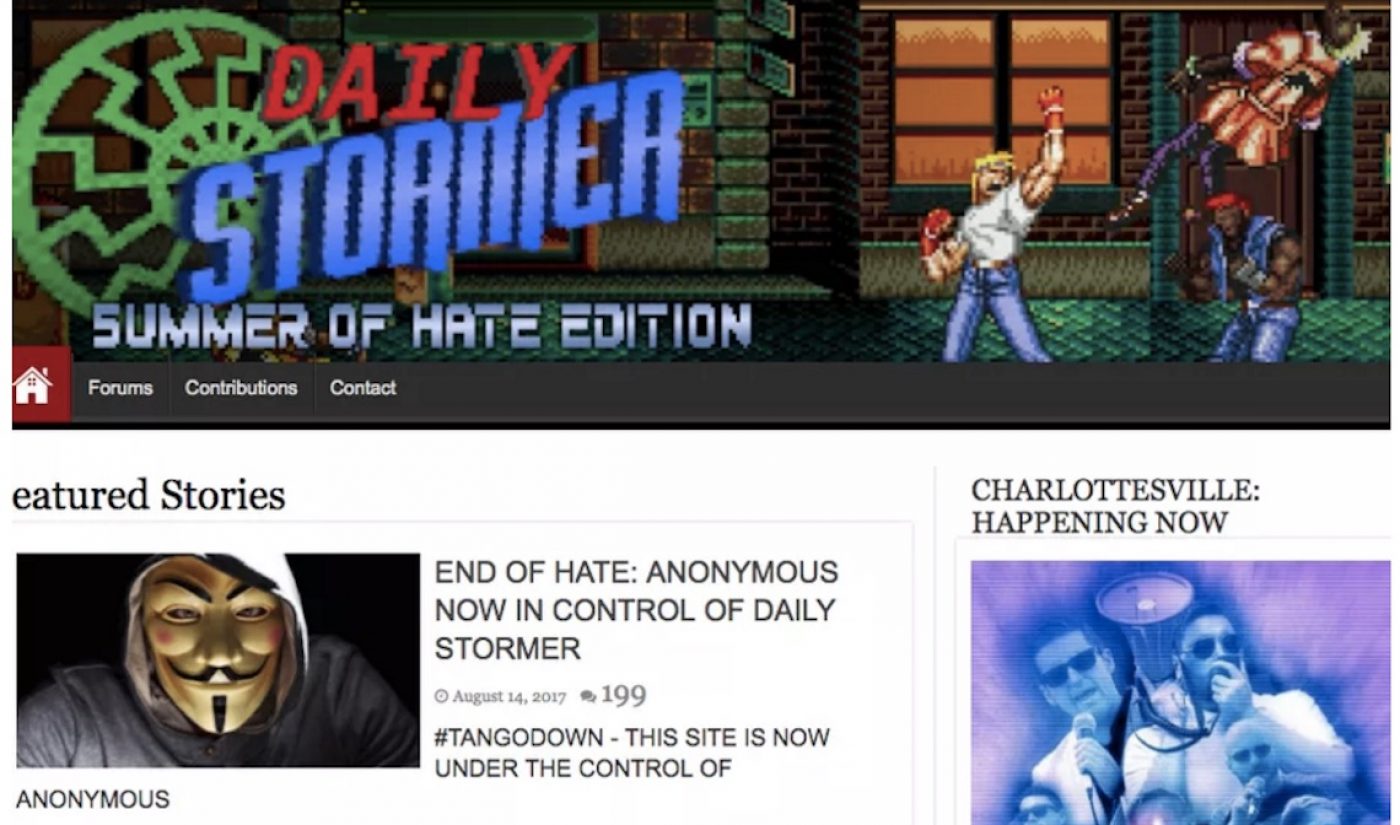 In the wake of this past weekend’s violence at a Neo-Nazi rally in Charlottesville, Virginia, many people have called for white nationalist publication The Daily Stormer to face consequences for its role in the rally and the hateful article it published afterward. After GoDaddy took the lead on that initiative by booting The Daily Stormer‘s website off its platform, several other tech companies — including Google, YouTube, and Twitter — took their own measures toward eradicating the publication’s social media presence.

The decision to take on The Daily Stormer stemmed from the publication of a hateful article about Heather Heyer, who died in Charlottesville after she was struck by a car allegedly driven by a Nazi sympathizer. After it was expelled by GoDaddy, the publication sought refuge via Google, which responded by canceling the site’s registration and removed its YouTube channel. The Daily Stormer has also been banned on Twitter as well.

In YouTube’s case,The Daily Stormer’s ban can be traced to the video site’s community guidelines, which prohibits “content that promotes or condones violence against individuals or groups based on race or ethnic origin, religion, disability, gender, age, nationality, veteran status, or sexual orientation/gender identity, or whose primary purpose is inciting hatred on the basis of these core characteristics.” The Stormer, once called the “top hate site in America,” certainly fits that bill.

Meanwhile, if you’d like to watch a YouTube video related to this topic, you can watch GoDaddy’s CEO on CNBC, where he talked about his decision to boot The Daily Stormer.