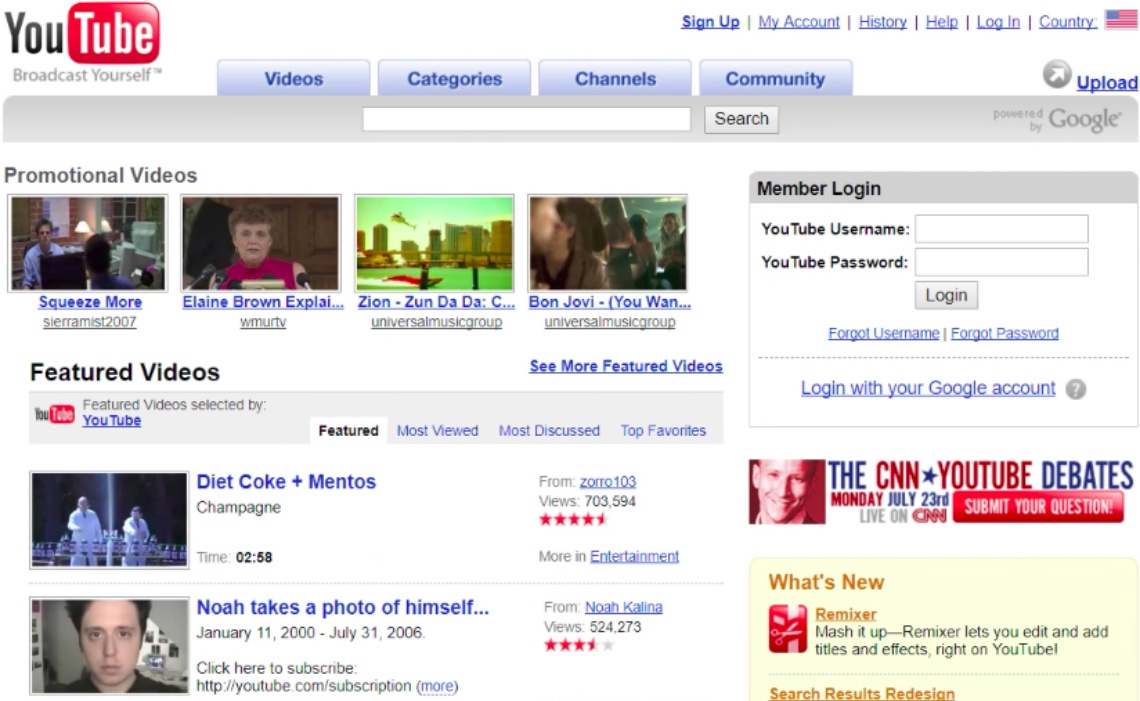 Here at Tubefilter, we’re fans of visualizations that display the evolving history of YouTube. The latest piece of media in that vein comes from an animation channel called 4096, and it shows the many different layouts YouTube has used for its homepage since its 2005 launch.

4096’s visualization begins with the blocky formatting of YouTube’s early days, takes a moment to include the look of the video site’s mobile homepage, and ends up in the present, with YouTube slowly inching toward the “Material Design” philosophy favored by Google. In addition to witnessing YouTube’s evolving look, viewers are also reminded of the viral videos of years past. If you had let the Diet Coke and Mentos experiment, Where In The World Is Matt, and the original skateboarding dog, consider your memory jogged.

Sure, you could have taken in all this information by hopping in the Wayback Machine, but then you’d miss out on 4096’s gorgeous visuals. The channel, which offers no information in its about section about its origins or the people behind it, has spent the past five months cataloging the evolution of various consumer gadgets, such as Nintendo video game consoles and Nokia phones. Their work here is engaging enough to merit a subscription; maybe for their next video they can trace Nintendo back to its actual roots.