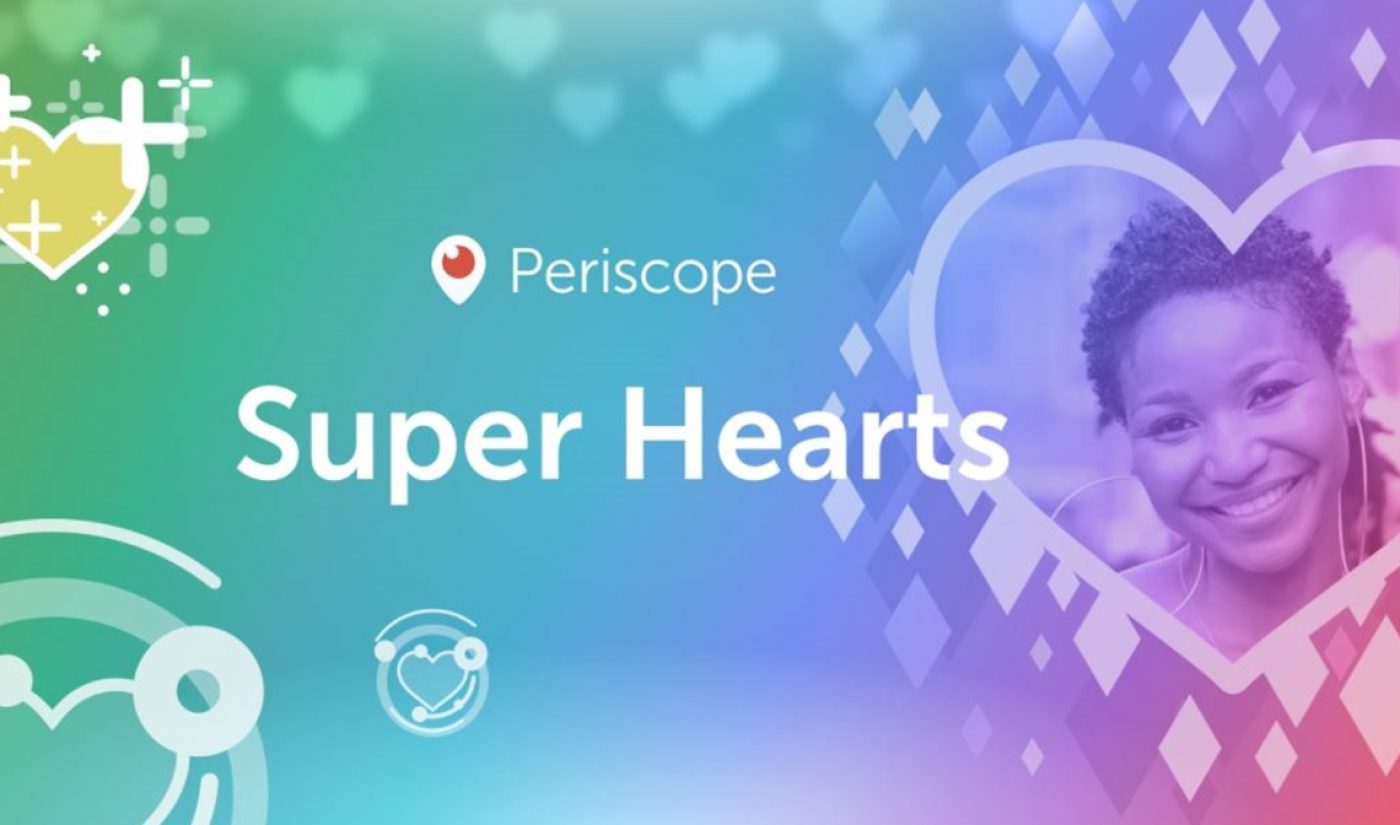 While most of today’s top livestreaming platforms allow creators to tip their favorite broadcasters with a variety of virtual gifts, Twitter’s Periscope has been a holdout in terms of in-platform monetization opportunities — until now.

Periscope today announced the launch of Super Hearts — not to be confused with Super Chats, a monetization feature that YouTube unveiled for its livestreaming platform earlier this year. Super Hearts are an extension of Periscope’s standard hearts, which viewers can send for free as a means of applause. However, Super Hearts are larger, animated, and can only be sent when a broadcaster is live.

At the same time that it launched Super Hearts, Periscope has also launched an accompanying Super Broadcaster Program, whereby pre-approved creators will be able to convert their Super Heart earnings into cold-hard cash. A leaderboard will also be displayed during streams, showcasing the most generous donors, in order gamify the gift-giving component.

Coins are transformed into ‘stars’ once they are received by broadcasters. Once a creator receives 185,000 stars — which is the same as 185,000 coins, and which is valued at roughly $175, according to The Verge — they can cash them out for actual money. Broadcasters can only cash out stars one time per month. The Apple and Google app stores take a 30% cut of any earnings, as does Periscope, with creators pocketing the rest.

In addition to the Super Broadcaster Program, Periscope also launched a separate VIP Program late last year, which serves as a benefits initiative to give top broadcasters opportunities and tools to help them grow audiences.