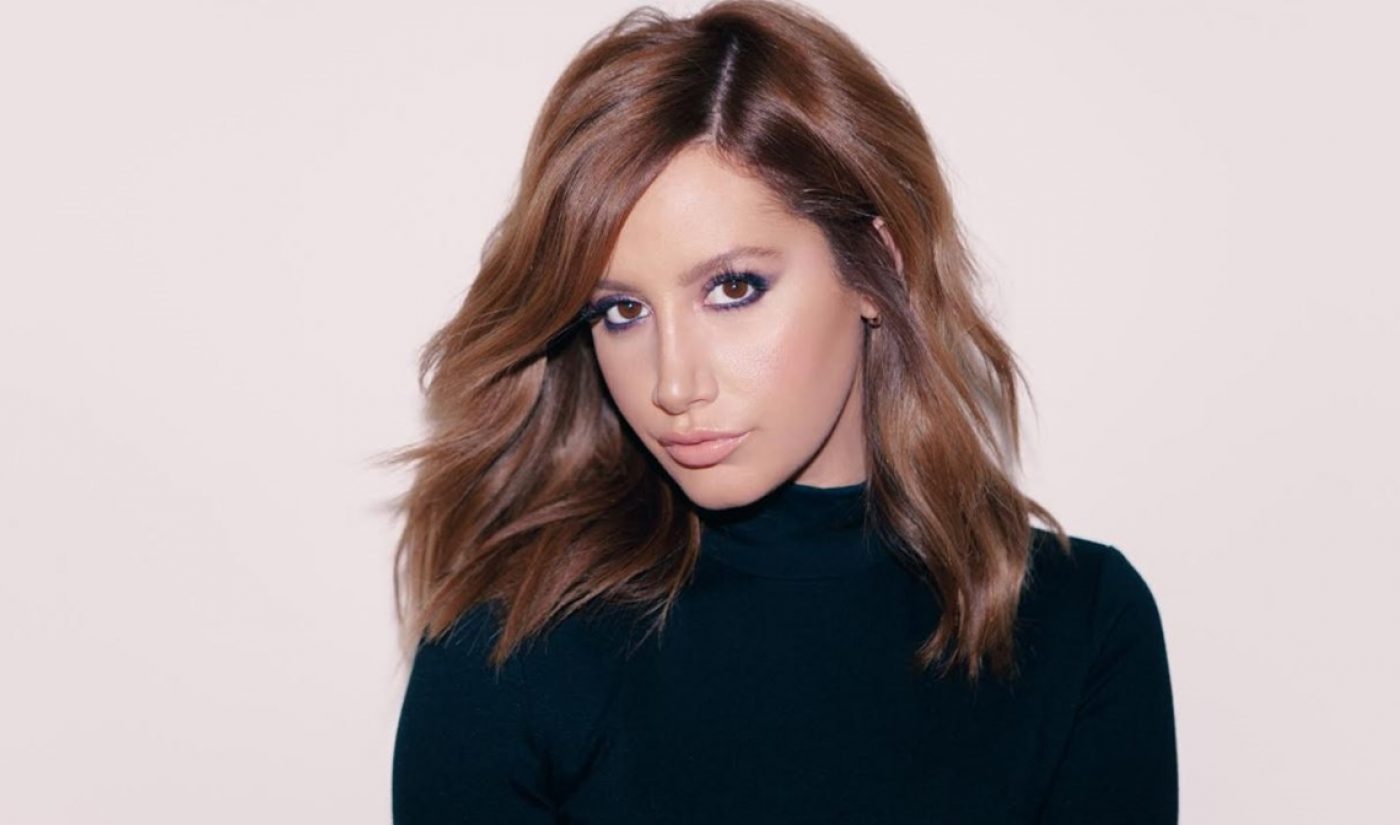 Actress and singer Ashley Tisdale, who relaunched her YouTube channel seven months ago, has signed with StyleHaul — a multi-channel network that reps top creators in the fashion and lifestyle space. StyleHaul will help grow Tisdale’s presence across social media and also help her forge brand partnerships.

Tisdale’s YouTube channel, where she shares daily vlogs, Q&As, music covers, and beauty tutorials, counts 1.3 million subscribers, and she has 40 million followers across all social channels. Tisdale and her husband, musician Christopher French, have also launched a Music Sessions series on her channel in which she and friends perform songs in her backyard. (Most notably, Tisdale performed a cover of Ex’s & Oh’s earlier this year alongside fellow High School Musical star Vanessa Hudgens that has racked up more than 20 million views to date).

And not unlike fellow beauty YouTubers, Tisdale is also collaborating with BH Cosmetics on her own range of products dubbed Illuminate By Ashley Tisdale. The line will comprise eyeshadow and cheek palettes, lip glosses, bronzers, brushes, and lashes.

“Earlier this year, I made the decision to relaunch my YouTube channel after realizing that I had been neglecting this platform and was beginning to feel a disconnect with my audience,” Tisdale said in a statement. “YouTube provides a platform for me to create content personally catered to my fans, and I look forward to working with StyleHaul to continue to grow my channel in addition to pursuing partnerships with like-minded brands.”

Added StyleHaul founder and CEO Stephanie Horbaczewski: “We are thrilled to be…supporting this incredible entrepreneur, producer, and talent through a unique, multi-dimensional collaboration to expand her video, social media, and content strategy.”