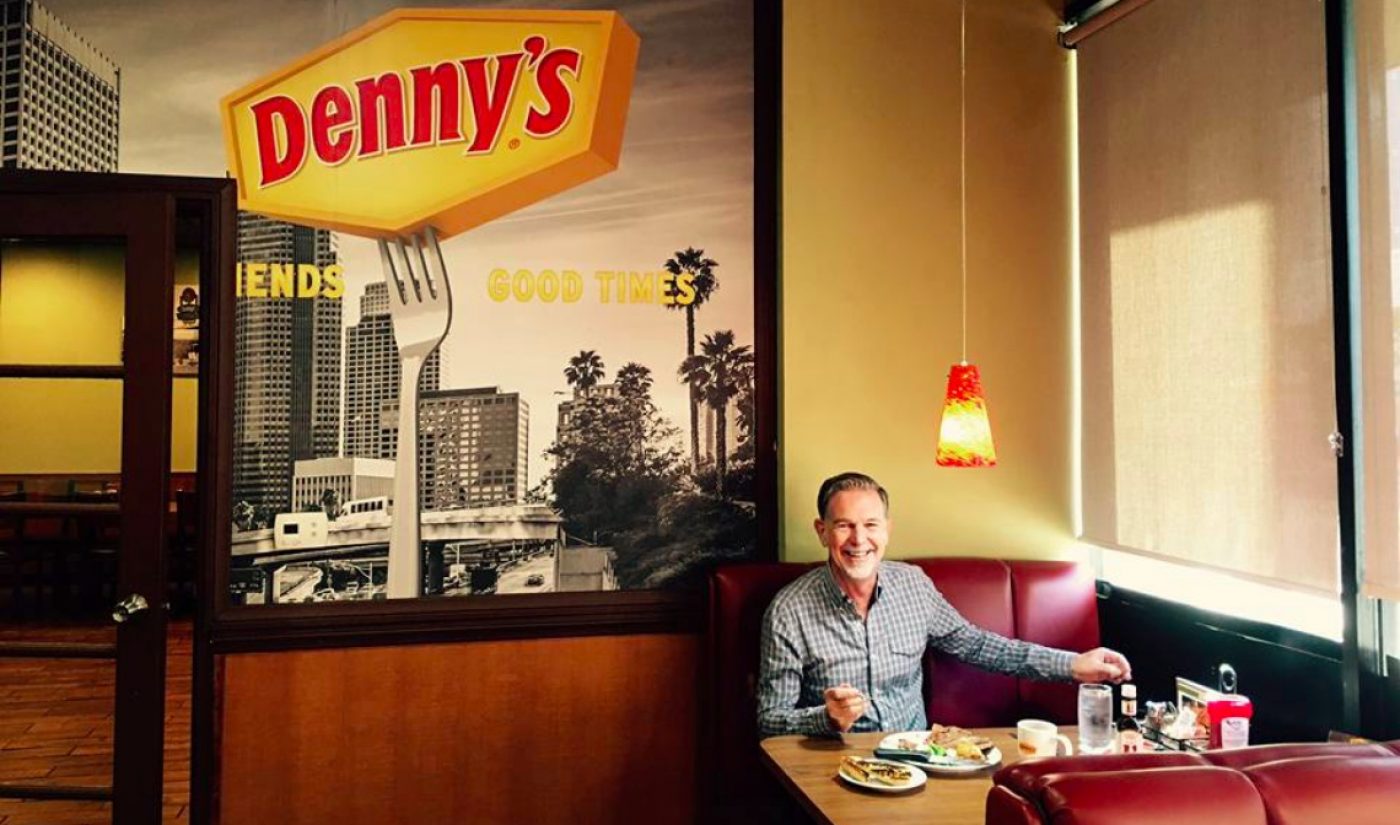 The last two pieces of major Netflix news both concern large round numbers. This past weekend, the streaming service announced that it had surpassed 100 million global subscribers, becoming the first company in the subscription video on-demand (SVOD) space to achieve that benchmark. Then, on Monday, it revealed its plan to raise €1 billion in new debt, which it will likely use to fund its rapidly expanding library of original content.

Netflix was originally expected to hit 100 million subscribers in time for its Q1 2017 earnings report, but it ultimately missed that mark by a few weeks. Even so, its nine-digit milestone is impressive, and Netflix likely counts significantly more users than its main competitor, Amazon Prime, which has not shared exact subscriber figures but is estimated to have about 65 million customers as of February 2017.

As pictured above, Netflix CEO Reed Hastings celebrated 100 million subscribers the same way he celebrated one million: by eating a steak at Denny’s. The streaming service’s posted shared his tradition in a post on his personal Facebook page.

At this point, most of Netflix’s subscriber acquisition is happening overseas, and its decision to raise its new debt in the form of international currency (€1 billion equals about $1.08 billion) reflects its increasing commitment to territories around the world. “Netflix is a global company and we want to have access to global capital markets,” a company rep told Variety. “Interest rates are also currently attractive in Europe.”

The new funding would add to Netflix’s existing debt, which stands at $3.37 billion. If you’re worried Netflix is borrowing too much in its quest to build the most competitive roster of original programs in the world, the streaming service is happy to reassure you. “Our debt-to-total-cap ratio, at under 10%, is quite conservative compared to most of our media peers at 30%-70%,” it said.