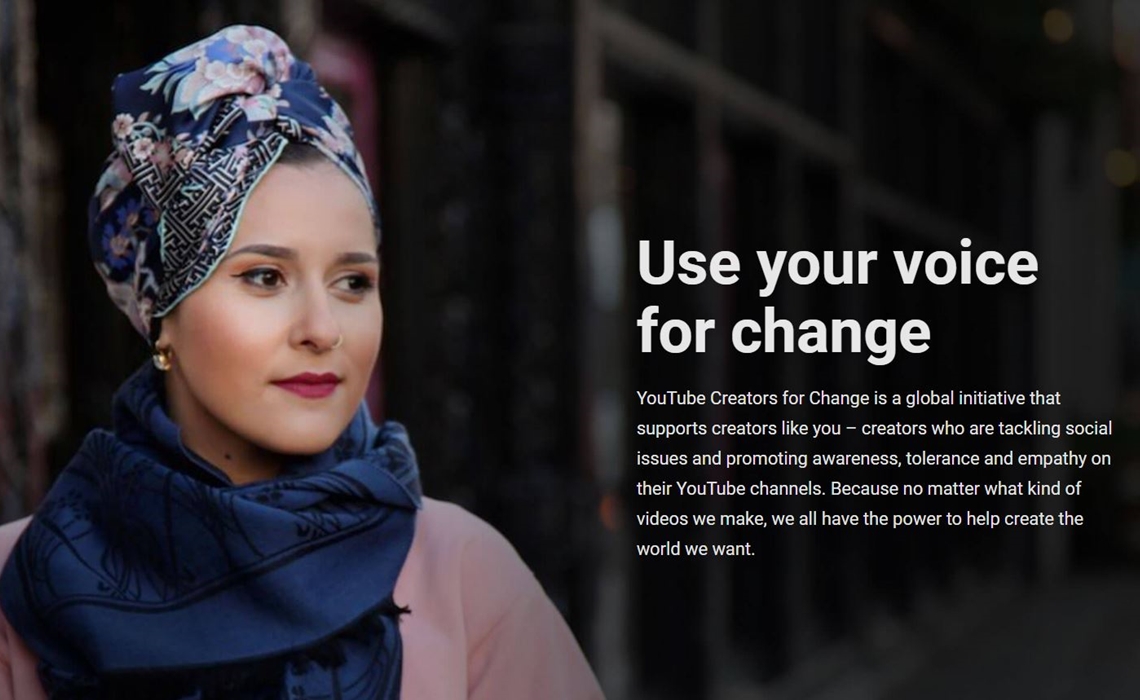 YouTube is expanding upon its Creators For Change program, an initiative first announced last September in which 11 socially-conscious influencers were appointed program Ambassadors to harness their online voices to combat hate speech, xenophobia, and extremism.

After adding John Green, Franchesca Ramsey, and others as Ambassadors in December, YouTube today announced that 27 up-and-coming YouTube stars across the globe have been named its first-ever Creators For Change Fellows. Fellows are emerging creators who address issues like hate and extremism in their work, and they will receive mentorship from Creators For Change Ambassadors as well as equipment and production grants from YouTube to help them further their respective missions.

The Creators For Change program has already clocked many accomplishments since its launch, according to YouTube’s head of public policy, Juniper Downs. For instance, Ambassadors are currently working on a web series covering race, religion, and sexual orientation, while a 10-city workshop for high school and college students about how to create positive content is also in the works.

Additionally, as part of Creators For Change, Google’s philanthropic arm has awarded $2 million to nonprofits like the Active Change Foundation, The Habibie Center, Maslaha, Skateistan, the Southern Poverty Law Center, TAFNIT, and Witness.