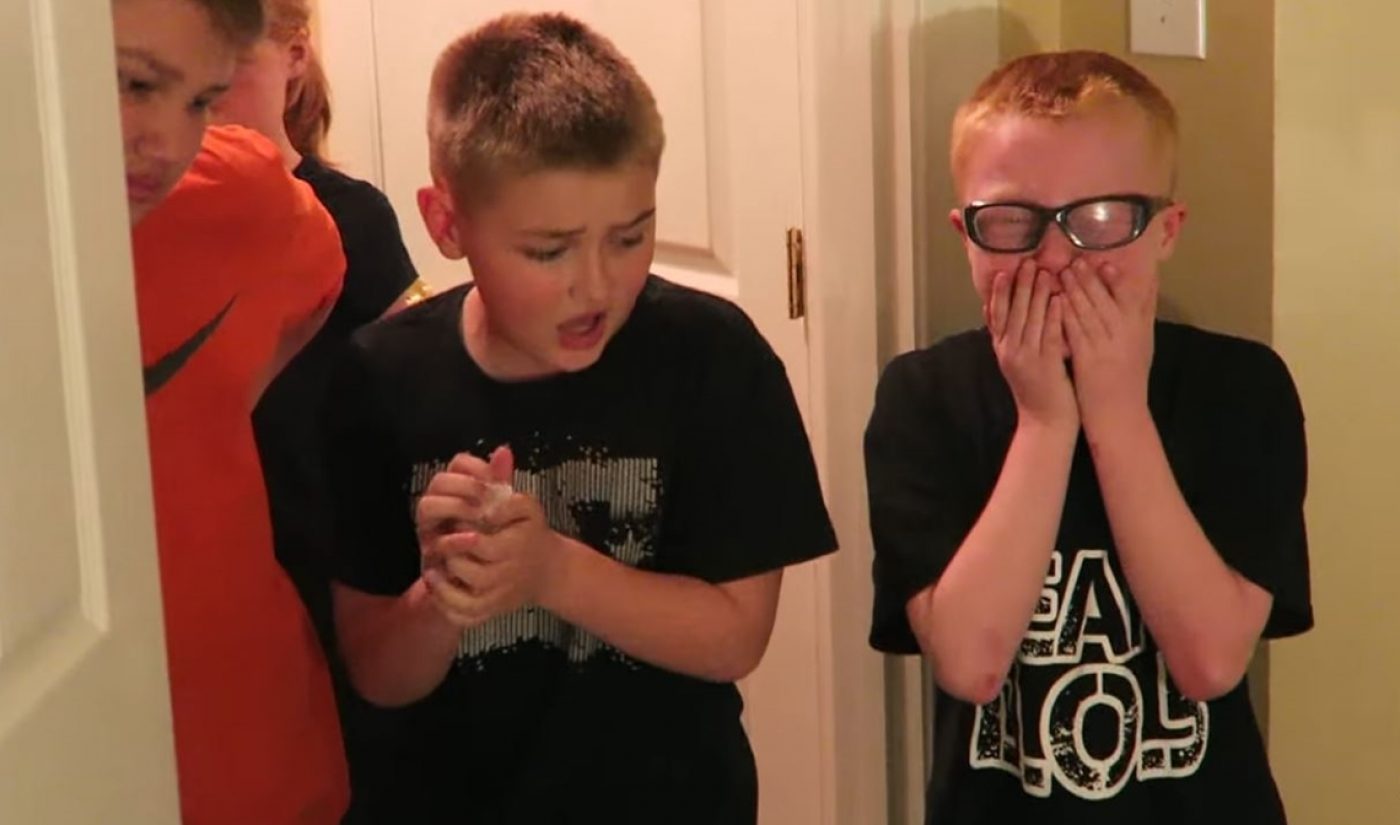 A family vlog and prank channel called DaddyOFive has earned the ire of prominent members of the YouTube community after husband and wife creator duo Mike and Heather Martin of Damascus, Md., posted a video in which they “pranked” their young son in a vicious, expletive-laden tirade.

In the video, titled Invisible Ink Prank! (Epic Freakout), the Martins squirt invisible ink all over son Cody’s bedroom, and then blame him for ruining his carpet. “Get your fucking ass up here!” Ms. Martin growls as her husband fires up the camera. “What the fuck did you do? What the fuck?” Cody promptly dissolves in tears in a meager attempt to defend himself while his parents continue to rant. Embedding for the video has been disabled, but you can check it out right here.

After the prank is finally revealed, Mr. Martin asks a stunned Cody to record the video outro. “Don’t forget to like and subscribe to DaddyOFive, MommyOFive, and DaddyOFive Gaming,” he stutters, as Ms. Martin points at him and laughs for having fallen victim to the scheme.

Negative reaction to the clip across Reddit and other social media platforms was swift. YouTube commentator Philip DeFranco covered the Invisible Ink prank on his own channel (above), deeming it a form of emotional abuse — or, at the very least, cruel exploitation in the name of money and fame. DeFranco notes that in a separate DaddyOFive video, titled Tablet Destruction Prank, Mr. Martin pushes Cody — who seems to be a frequent prank target — into a book shelf, resulting in a bloody nose.

@PhillyD I’m disgusted. If that’s joke yelling you can only imagine how awful it must be when the camera is off 😞

The Martins responded to the backlash with a video on their channel last Sunday called Blocking All The Haters, in which they claim that their children aren’t being abused and accuse their “haters” of being the ones to cause emotional distress for their kids. “This is how we run our house,” Mr. Martin says. Adds Mrs. Martin: “Everybody in this world is so fucking offended. And I say, ‘Fuck it!’” She also reveals that the family was already investigated by Child Protective Services for their YouTube channel, but no charges ultimately were filed.

Yesterday evening, however, after some additional soul searching and a “family meeting,” the Martins — who count 760,000 subscribers and 176 million lifetime views — posted on Twitter that their videos would be moving in a different direction: