YouTube Millionaires: Anwar Jibawi Loves To “Appeal To All Types Of Cultures” 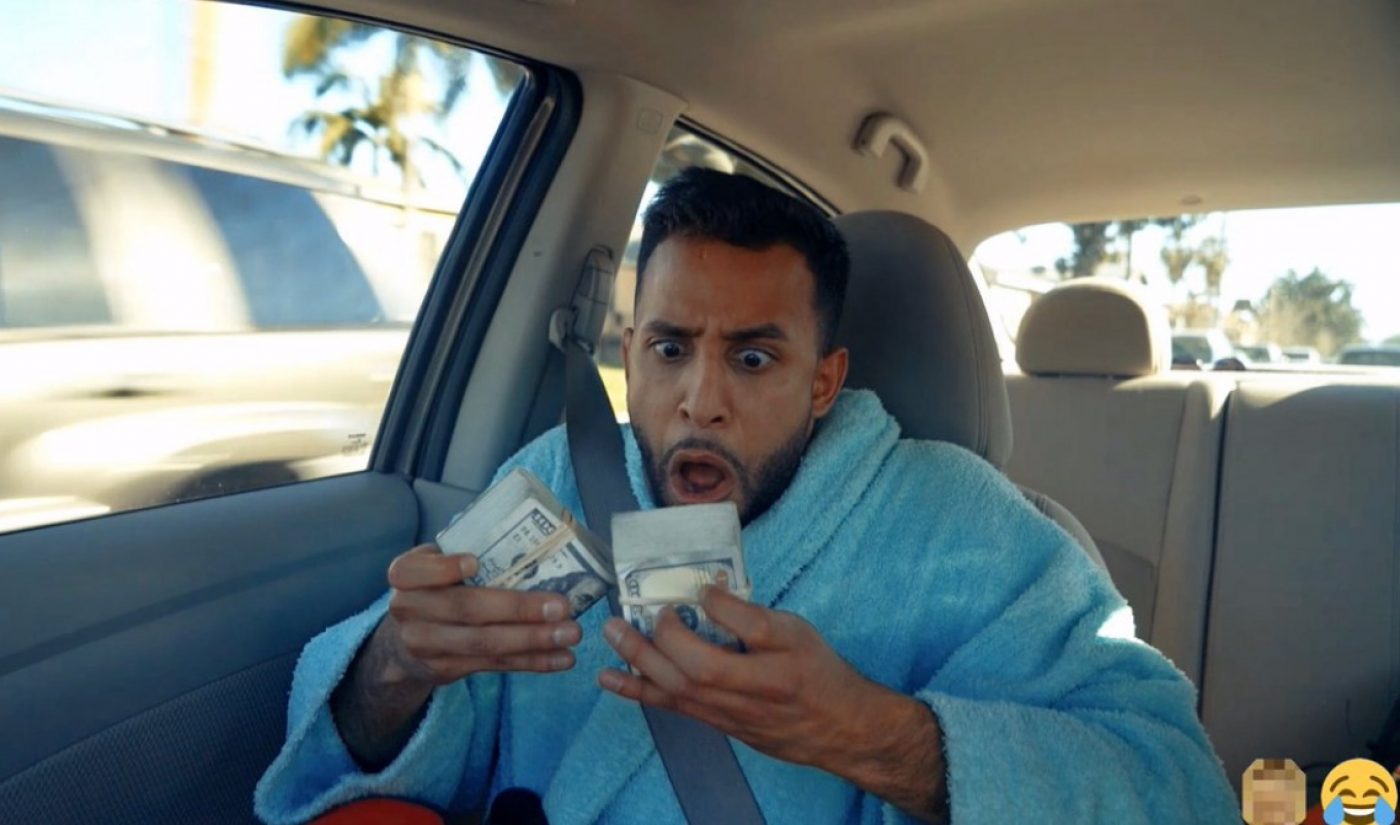 Anwar Jibawi is a sketch comedian worth paying attention to. After first gaining an audience on Vine, Jibawi has come to YouTube, where his videos often skewer cultural trends and receive millions of views along the way. Jibawi is known for collaborating with other members of the Shots Studios, and his latest video to fit that description, “Dance With Me,” is on its way to becoming one of his biggest hits yet. As Jibawi has his moment, we talked to him about the path he has taken.

Tubefilter: How does it feel to have more than one million subscribers? What do you have to say to your fans?

Anwar Jibawi: It’s exciting to hit one million subscribers in such a short period of time. It’s humbling knowing that over a million people come back to watch my videos every week. I want to thank each one of my followers for supporting me on YouTube, Instagram and Twitter.

TF: What would you say is the essence of your comedy?

TF: What sort of brainstorming do you do to get ideas for new videos?

AJ: I have a very simple brainstorming process. Ideas come from real life experiences. I write everything down and go from there. One idea can turn into a video next week or another can become part of a video I do in a year.

TF: How long does one of your sketches take to complete from start to finish?

TF: How is your strategy different, if at all, on YouTube compared to other creators?

AJ: I don’t pay much attention to other channels on YouTube. I am a fan of a lot of channels, but I don’t compare myself to any. What I pay attention to is my audience and create what they like. They are the ones that keep me going and creating, so I focus all my attention to them.

TF: Looking back on your time on Vine, how do you feel about the platform?

AJ: Vine was a great start for me. It was the start of my creative journey, but I felt that my creativity grew past it. I loved being on Vine and all the people that I met in that certain time of my life.

TF: What is one way you feel your videos have improved since you started making them?

AJ: I’ve learned a lot about making videos through the years and especially since starting on YouTube. I’ve definitely improved on my editing skills, comedic timing, and being consistent. I want to make sure I put something out at least once a week, so my followers can continue to be entertained.

TF: You’ve done a lot of collaborations. Who else would you like to work with that you haven’t collabed with yet?

AJ: I love collaborating with my Shots Studios team. We’re like a family and I love that Mike Tyson is now part of the family. We’ve done a few videos together and Mike is a comedic genius and nobody knows this. I’ll make a trip to Vegas to see him, his wife and kids and knock out a couple videos for each of our channels.

AJ: I have a lot of ideas planned for the year. Including special collaborations and more crazy funny sketches. I am also working with the Shots Studios team and my agents at WME on a comedy movie script that I am writing with John Shahidi.