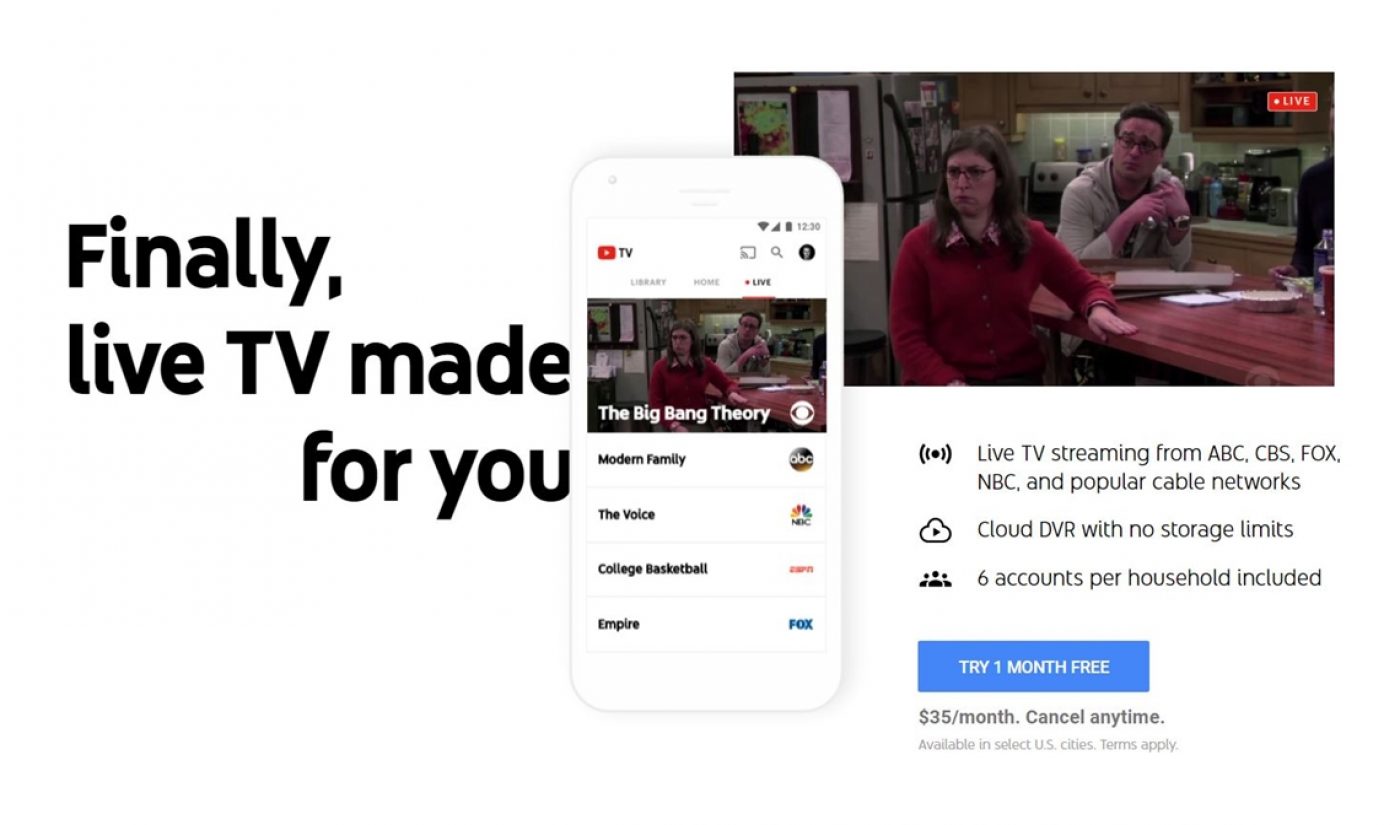 While an unlimited cloud-based DVR may be one of the most enticing features of just-launched YouTube TV, an online television service from the video giant priced at $35 per month, it turns out that recording certain new series might come with a catch.

Given agreements that YouTube has struck with Disney, 21st Century Fox, and NBCUniversal, The Wall Street Journal reports, viewers watching shows that they’ve recorded — for which there are also on-demand versions available — will be forced to watch the on-demand versions of these shows, which will contain ads. On-demand episodes from popular series are typically posted by TV networks within 24 hours of their original air dates, the Journal notes. Fast-forwarding is typically disabled for this kind of viewing.

This means that if a YouTube TV subscriber records the latest episode of The Big Bang Theory for future consumption, for instance, as soon as that episode becomes available on-demand, the user will be forced to watch the on-demand version of the episode. If an on-demand version doesn’t exist, however, YouTube TV subscribers will be able to watch recorded versions and fast-forward as normal.

Such an arrangement is new, according to the Journal, and most cable operators — as well as skinny bundle competitors like Sling TV — do enable viewers to skip through recorded content that is concurrently available on-demand. YouTube made the concession due to strained relationships with TV networks, the Journal reports — many of whom believe YouTube has not done enough to stem copyright infringement.

YouTube TV, which is now available in five U.S. markets, includes all four major broadcast networks, a handful of sports hubs, all of the YouTube Red originals, and more than 40 total channels.