Insights: Are Google, Facebook, And Amazon Monopolies Too Big to Tackle? 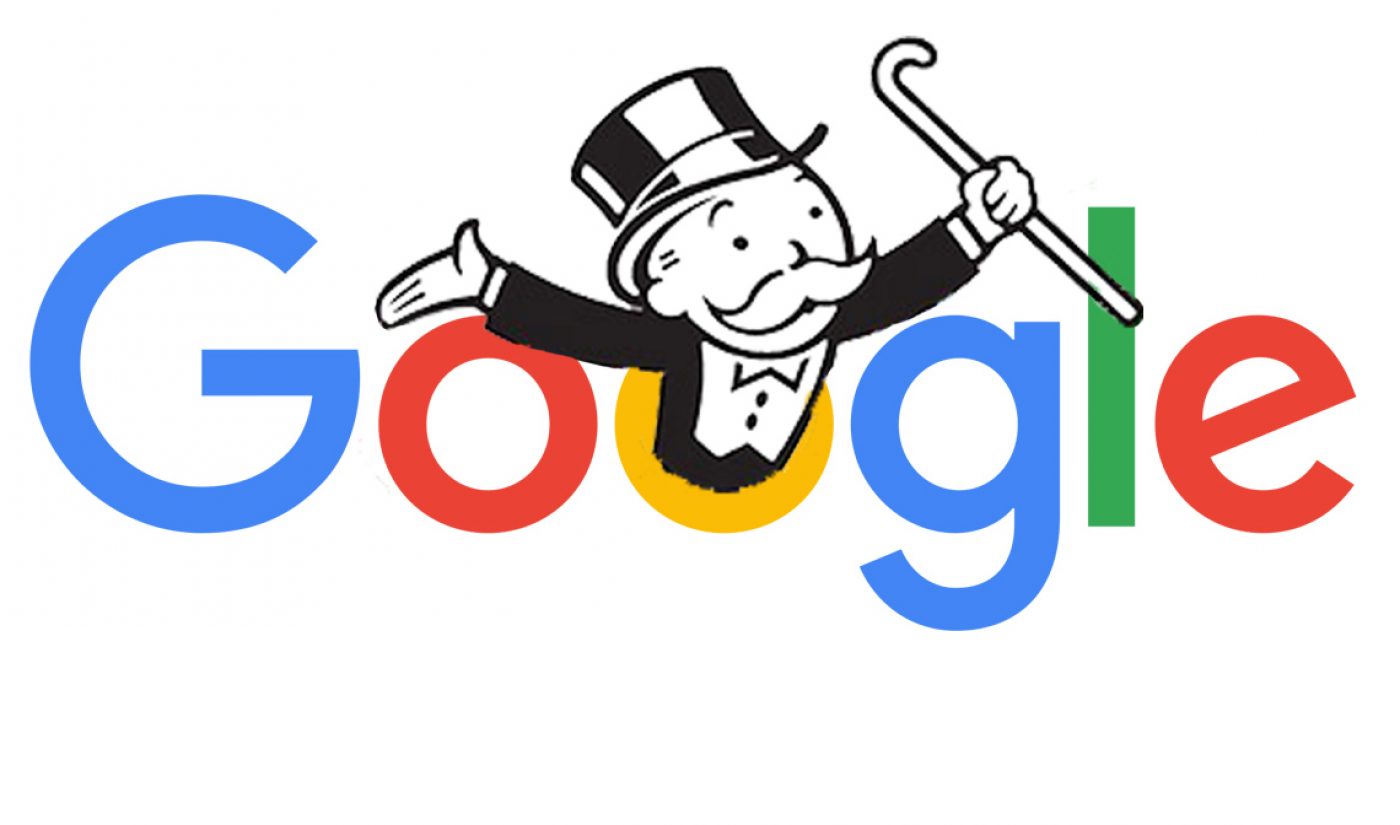 It’s been a rough patch for the big tech companies that built their near-boundless riches on the content and conversations of billions of users. Now critics say they’ve accreted too much power at the expense of people, copyright, even democracy, and should be curbed, fined, even broken up. Those critics may be right.

Just since the election, we’ve had swirling controversies over the impact of fake news – fueled by Facebook and Google’s blackbox algorithms and ad revenues – that may have shifted the election results a few crucial points. The Trump Administration’s demonstrated tenuous relationship to actual facts since then has only intensified concerns.

Separate from all that, advertisers have been boycotting Google, and to a lesser extent Facebook. They’re unhappy that their brands keep ending up next to (and even paying for) extremists’ videos, posts and other objectionable material.

The European Union is reviewing whether to punish Google for allegedly favoring its own services in its search results, unfairly disadvantaging competitors. And European regulators, also exercised about social media as terrorism’s training ground, are talking about changing “safe harbor” provisions that shielded the big online services from legal consequences of the vile posts by their most horrible users.

All of these controversies pivot around a few issues: growing monopoly power by a handful of tech giants that dominate key sectors; the willingness to use that power against competitors, regulators and others in multiple additional sectors; and an outdated regulatory definition of the term “monopoly” that hasn’t kept pace with the digital era’s unique conditions.

I’ve known Taplin for two decades, back to his days founding and running an early digital disruptor, the video-on-demand service Intertainer. He previously was an investment banker and also produced concerts for Bob Dylan and The Band, Martin Scorsese’s first film Mean Streets, and prominent documentaries such as The Last Waltz and Cadillac Desert. In short, he’s been the Zelig of media and technology the past few decades. And now he’s deeply concerned about the monopolistic nature of those three big digital companies and what they’re doing to publishers, musicians, filmmakers and other creators he’s worked with for decades.

“I realized they were monopolies in the most classic sense,” Taplin said. “In any other business, those companies were subject to antitrust regulation. But the Internet was set up to be free of any regulation whatsoever, even from taxation.”

Indeed, in key sectors, the Big Three now enjoy overwhelming market advantages. Google dominates the search market, offering a variety of other services for free so it can gather vast amounts of information about its users to target ads more precisely and profitably.

Facebook and its mobile subsidiaries (WhatsApp, Messenger, Instagram) collectively occupy a huge share of the Web’s social media and messaging traffic. Again, that information allows Facebook to create highly targeted and profitable advertising while financing its forays into other areas.

Amazon is somewhat different, using the deep data it collects to better target all the things it directly sells to its millions of users. And it, like Google and Facebook, is aggressively moving into original content, competing directly with traditional Hollywood.

Compared to its digital cousins, Amazon has had, by far, the most success in original content, winning an Oscar and Golden Globes for its projects already. This year, it is expected to spend at least $1 billion on programming (Wall Street analysts suggest that number might be up to three times larger as Amazon expands into new international markets). But like the other two, Amazon depends on your data to drive its business.

“All they want is to get you in there so they can scrape your data and sell it back to advertising,” said Taplin. “I had a realization that these companies have created a new kind of capitalism, surveillance capitalism.”

Taplin differentiates how the Big Three work from the operations of the world’s most valuable company, Apple.

“Apple is in a very different business,” Taplin said. “Apple is not in the advertising or search businesses, so they feel no need to retain all your data to target you and get you to buy stuff. These three, they’re pushing it further into your home. What is the Amazon Echo (digital assistant)? It’s a surveillance device. It’s always on, listening.”

So what’s to be done? Taplin has some ideas.

He suggests that regulators could take an approach similar to what happened with AT&T in the 1950s, when it owned a monopoly on nearly all U.S. telephone service. It was regulated as a public utility and allowed to operate under the condition that all the patents out of its marvelously productive Bell Labs were to be licensed for free to any U.S. company.

That fueled an explosion of technology companies in sectors ranging from transistors to solar cells to satellites, and companies such as Fairchild Semiconductor, Motorola, Nokia and Comsat, Taplin said. Later of course, the government still embarked on a decades-long antitrust suit that finally broke up AT&T into several (now partly recombined) units in the 1980s.

When a company’s market domination reaches a certain scale, it’s difficult for competitors to even emerge, Taplin pointed out. And if regulators won’t move to contain companies from reaching or staying at that scale, bad things can happen to customers, or even to the country.

The European Union has long been much tougher at regulating American social-media and technology companies, in part because of endemic suspicions of American companies. They’ve  also avoided “regulatory capture,” the peopling of industry-connected executives in regulatory bodies such as the Office of Copyright, Federal Trade Commission and antitrust regulators in the Department of Justice. During the Obama Administration, top positions in all three agencies and elsewhere were filled by executives with Google ties.

“Europe is way ahead of the U.S. in antitrust regulation because of regulatory capture,” Taplin said. “If you think about how Google played the Obama Administration. (Google/Alphabet chairman Eric) Schmidt could have been Obama’s chief of staff. It was a complete regulatory capture. Needless to say, the Europeans are not so susceptible to that.”

Of course, the capturing continues. This week, Congress approved a measure allowing Internet service providers to resell users’ web-browsing data to marketers and others. Clearly, party affiliation hasn’t been a defining issue in determining who will regulate the tech giants. And don’t expect much to happen for now with additional regulation.

“As long as Peter Thiel (an early Facebook investor) is in White House, I can’t imagine they’ll do anything to hurt Facebook,” said Taplin. “Once again, this is going to have to start in Europe.”

Taplin has a few prescriptions for curbing monopoly practices. While a GOP majority and the Trump Administration are almost certainly ill disposed to pursue antitrust measures against, well, just about anyone, some states’ attorneys general have proven aggressive in attempting to protect privacy and other issues.

As well, Taplin suggests the companies should be barred from further acquisitions, to avoid some of the market abuses that already have resulted. Look at Facebook’s multi-billion-dollar acquisitions of WhatsApp, Oculus, and Instagram. Each has benefitted from easy access to the social graph of Facebook’s 1.7 billion users. Meanwhile, it’s hard to ignore that Facebook is using its market power to try to stifle the upstart Snapchat by baldly copying many features into its messaging and social-media apps.

It’s hard to see that behavior as good for consumers, publishers or even advertisers in the long run (even if I did suggest in a recent column that there were unexpected benefits from all the copying).

Taplin has another suggestion for all you investors. Buy Apple. Despite its $700 billion valuation, Apple remains relatively cheap, with a price-earnings ratio of just over 17. Compare that to Netflix (a P/E of 344), Facebook (40), Google (28), or Amazon (178).

“And it pays a decent dividend, too,” he said.

It’s time the rest of us realized some dividends from the market power we’ve bequeathed to the Big Three without nearly enough conversation about what we’ve given up. Perhaps if nothing else, all the recent controversies will begin that conversation in earnest.