YouTube Star Casey Neistat Is Bringing Back His Vlog 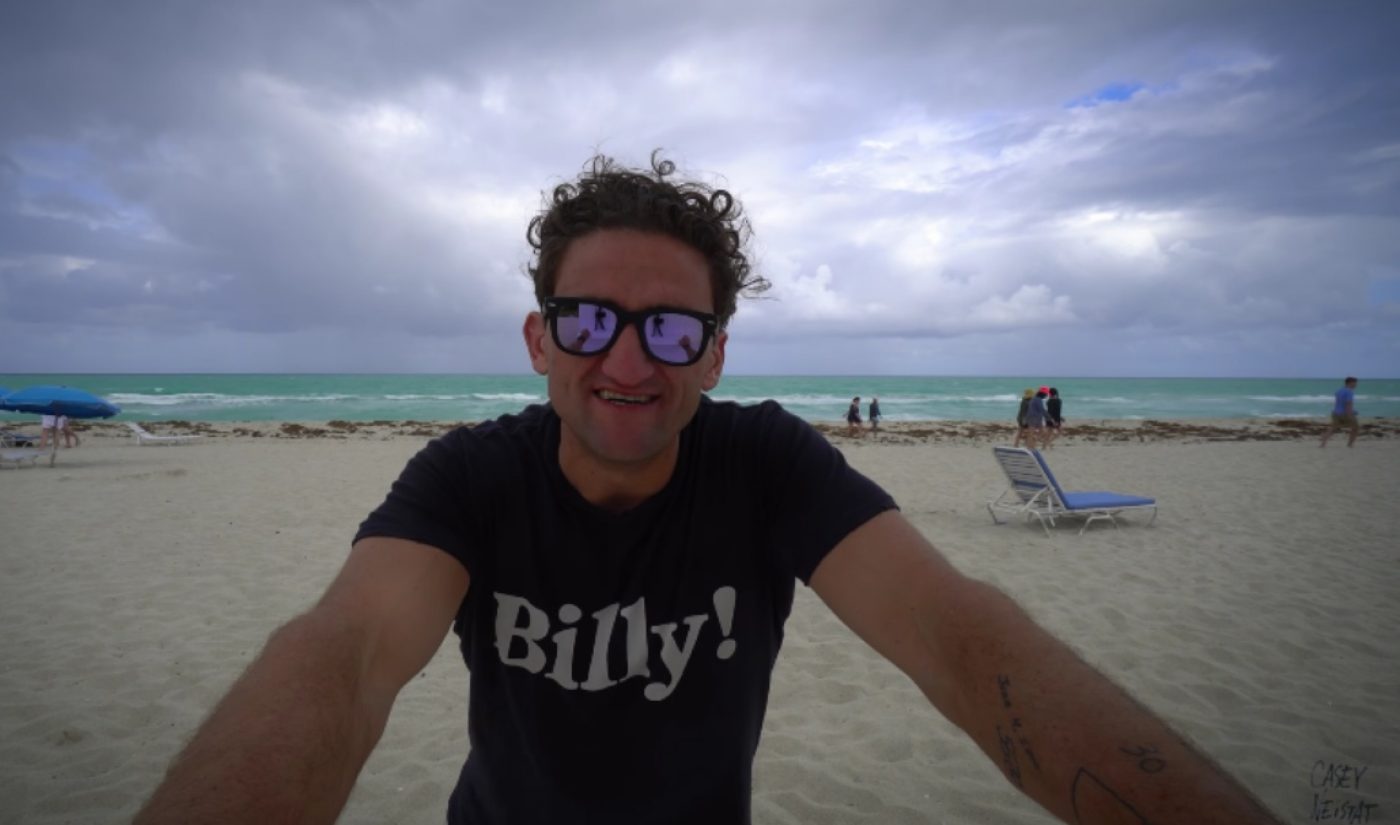 Last November, YouTube star, filmmaker, and entrepreneur Casey Neistat announced his plan to end his daily vlog, which had previously propelled him to the upper echelon of the online video community. Four months later, Neistat is once again planning to deliver regular updates on his channel. As he prepares to launch a new company alongside CNN, he will revive his vlog to offer insights on his creative process.

While Neistat has shared plenty of videos over the past four months, his latest one marks a return to the capital-V Vlog that previously served as the mainstay of his YouTube channel. It takes place in Miami, where Neistat and his family traveled to celebrate his 36th birthday. In his address to viewers, he notes that it was two years ago, on his 34th birthday, that he first launched his vlog. At the time, he was in the process of launching Beme, an app that would ultimately be acquired by CNN.

Neistat is currently planning to reposition Beme as a versatile media brand under the CNN umbrella, and the fact that his career has come full circle has inspired him to get vlogging again. When he chose to retire his vlog the first time, he noted that it was no longer fulfilling for him. “I found a system for approaching this daily video that was no longer a challenge,” he said at the time. Now, however, his latest venture has gotten his creative juices flowing. “Here I am, exactly two years later, starting another company,” he told viewers in his latest video, “and all of a sudden I feel like I have a purpose to do this again, and that’s crazy exciting for me. That makes me feel so good.”

A main goal of Neistat’s “new” vlog will be to share updates as he develops his new business alongside CNN. As he puts it, the desire to connect with his fans through the lens of his entrepreneurism is the “exact same thought process that predicated me starting the vlog in the first place.”

As for what exactly Neistat’s new company will do, he has offered some updates about that as well. “The company that we’re building is like a laboratory where we try different apps, we build different software, we make different shows, we’re gonna start a YouTube channel, it’s a whole bunch of stuff,” he said. We’re looking forward to seeing the shape it takes.