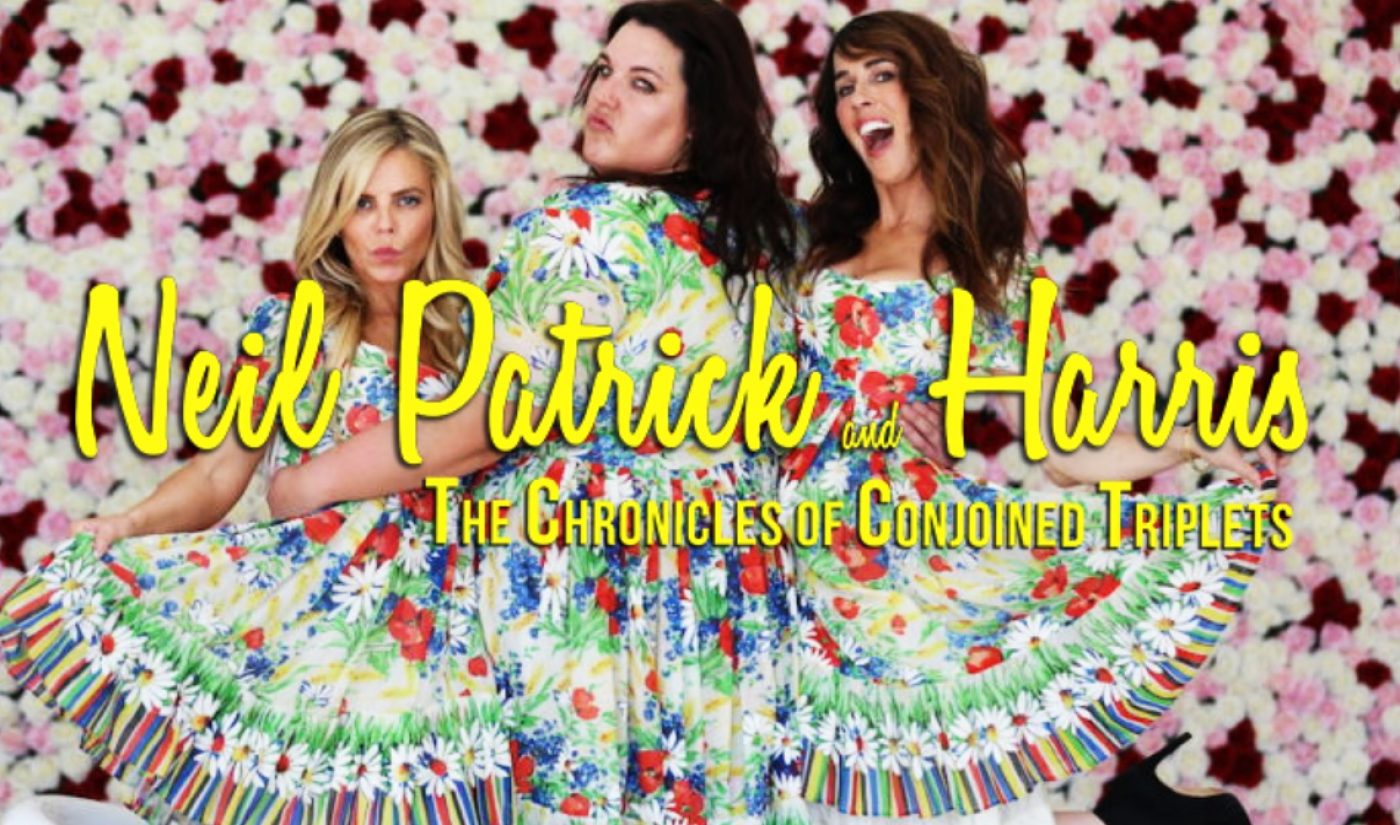 If you’re going to make a show about young people trying to make it in the big city, you might as well make that show as over-the-top as possible. One of the wildest, most outrageous web series concepts I’ve ever seen is on display in Neil, Patrick, and Harris, which follows a trio of conjoined triplets as the pursue their dreams in show business.

The protagonists of Neil, Patrick, and Harris are Neil (Shannon Kiely), Patrick (Kimberly Aboltin), and Harris (Hollie Lee), and they are an aspiring comedienne, actress, and singer, respectively. Joined at the hip, they must navigate sitcom situations in which their shared physical condition contributes to the comedy. Six episodes of the show are available through WhoHaHa, the digital platform founded last year by Elizabeth Banks.

Episode #1- Neil, Patrick and Harris: The… by WhoHaha

Across its first season, Neil, Patrick, and Harris delivers some interesting twists I won’t spoil here, but it consistently delivers excellent physical comedy mixed with a snappy script. Check it out and see if you find yourself attached to its characters.