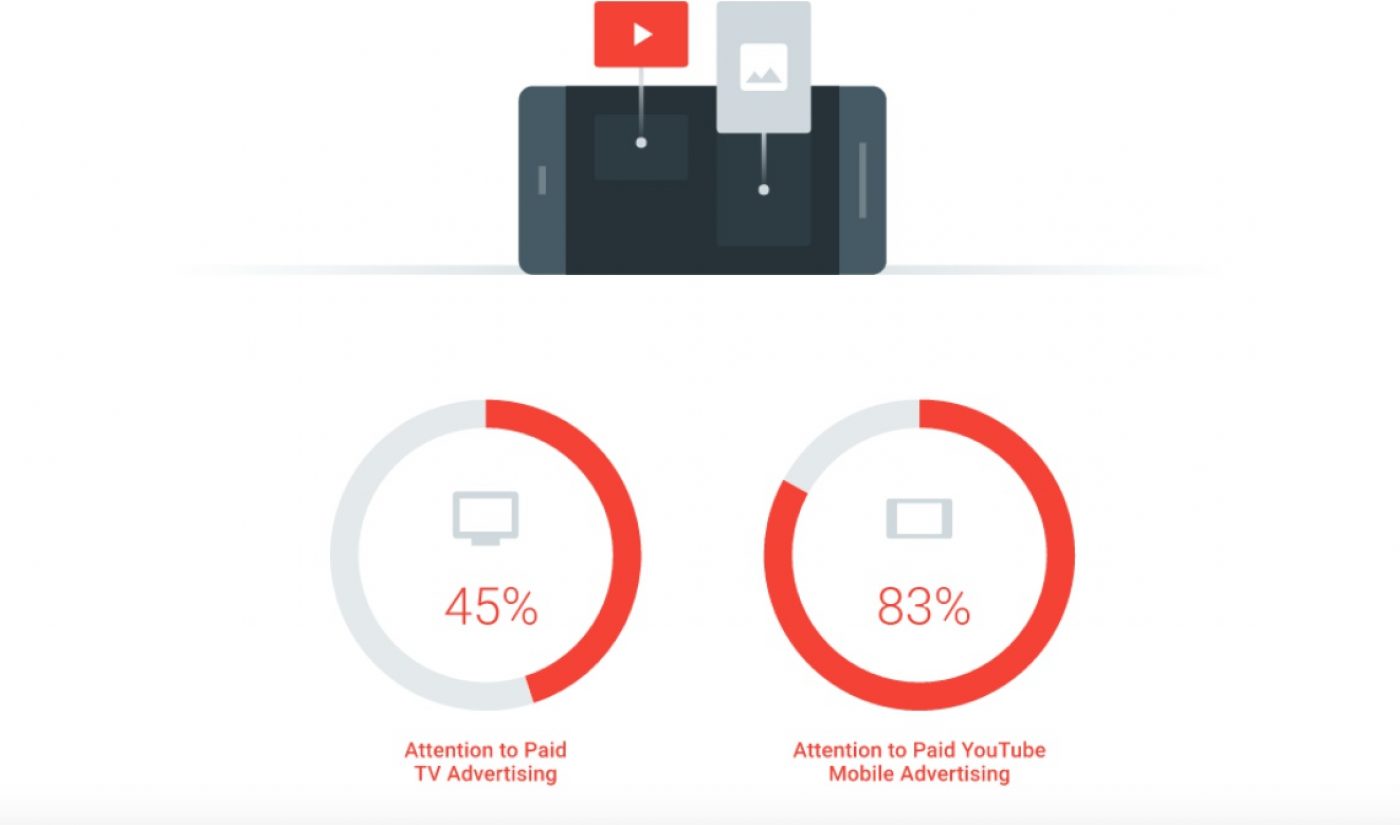 YouTube’s pre-roll ads have caused some controversy of late, but the video site wants to remind agencies and brands that its videos can still offer a strong connection between advertisers and consumers. The latest statistics published via Think With Google reinforce the idea that viewers pay more attention to YouTube ads than their TV counterparts. They also compare YouTube ads to others that play without sound, ultimately noting that viewers pay much more attention to the spots they can hear.

The Think With Google post cites data from an Ipsos study that tracked eye movements to determine that 83% of YouTube mobile viewers pay attention to ads, compared to just 45% of TV viewers. As Google’s post notes, that makes YouTube mobile advertising 84% more attention-grabbing than TV advertising.

The more interesting half of the Think With Google post, however, deals with the relationship between ads with sound and ads without sound. According to Nielsen data, the former group commands 2.4 times as much attention as the latter. That statistical comparison seems like a dig at Facebook, which has long auto-played its videos without sound (though it is in the process of changing that).

YouTube has taken subtle shots at its competitors in the past, and when you read the language in the Think With Google post, that seems to be what’s going on here, too. “With the proliferation in devices, screens, and platforms, reach abounds,” the post reads. “But reach is worthless without attention, like trees falling in a lonely forest. Perhaps it’s time for the industry to consider the difference between reach and attentive reach.”

Facebook is currently building up its own ad formats, so Google is right that there is much for advertisers to consider. At the moment, YouTube remains a key part of media budgets of many different shapes and sizes.