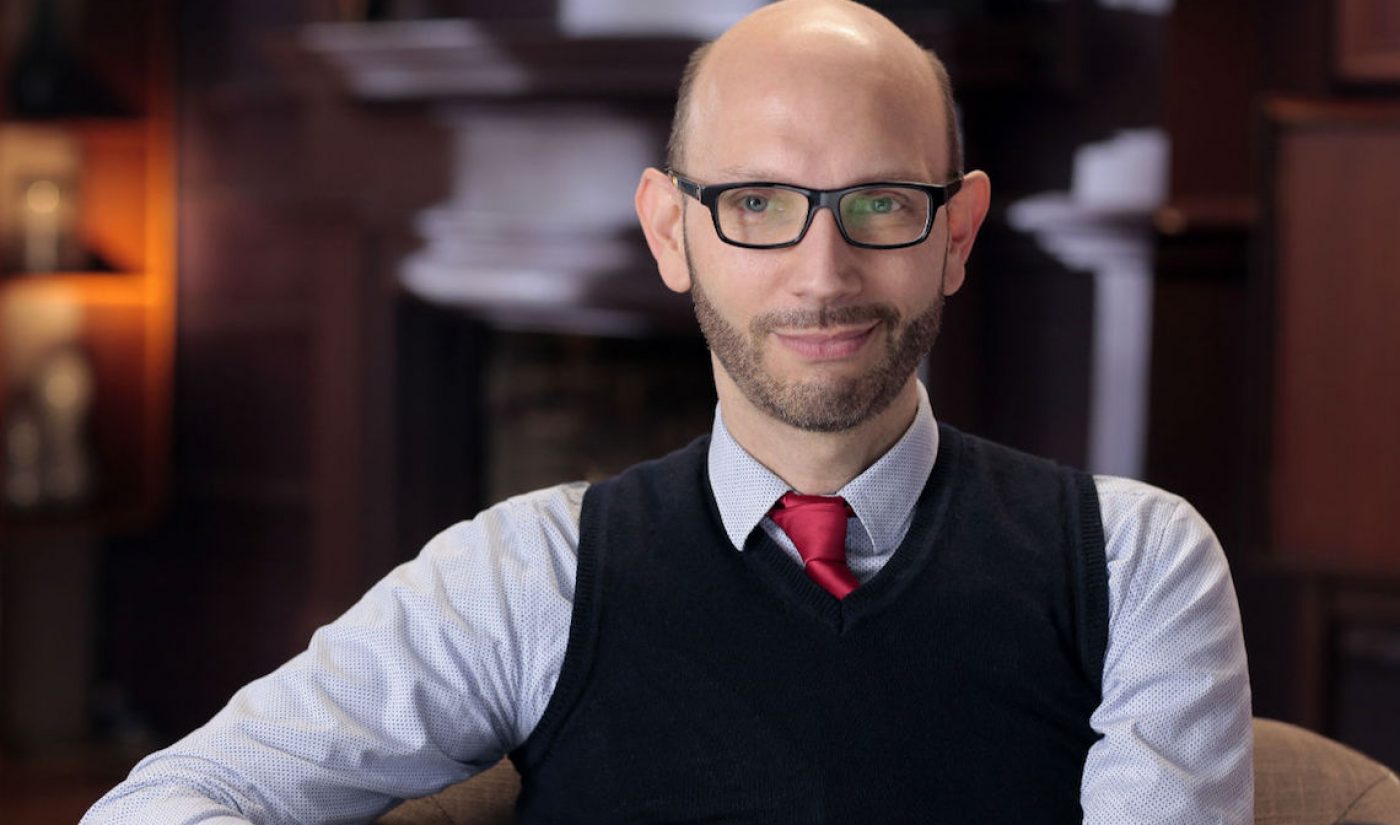 Walter Iuzzolino is an unlikely gold miner. Italian born and a long-time British resident, he has an unusual mid-Atlantic accent and a doctorate in American literature at the University of Genoa. Among other TV jobs, he was commissioning editor for Channel 4, programming and producing prime-time shows for the big UK network. Then, in 2014, he caught the bug. He wanted to launch his own TV channel.

The result is Walter Presents, a subscription video-on-demand channel driven by the curatorial preferences, prerogatives and prowess of one quirky man.

Walter Presents launched on most U.S. digital platforms this week (though not smart TVs yet). The network launched in the United Kingdom a year ago – after Iuzzolino spent 18 months and 4,000 hours watching and licensing all kinds of international dramas – as part of Channel 4’s ad-supported All 4 VOD service.

I have no idea what the channel’s chances of success are. But as it begins prospecting for gold in the recently opened fields of digital video, it will face lots of competition for viewers (just check the dozens of options on the Amazon Channels webpage, or in the depths of your Roku or PlayStation 4). And Walter Presents, like just about all those other channels, will face plenty of questions about how it will sustain itself for the long term.

That may depend on how well Iuzzolino can continue to uncover, and license, more great global content for discerning viewers willing to pay for his choices, on top of all the good stuff they already pay for. He’ll have to become something of a brand-name curator, the way a Maria Popova or Jason Hirschhorn have done in other media.

Television has seldom been a place where a single mind can impose its creative vision (the few examples include Fred Silverman at ABC in the 1970s, Brandon Tartikoff on NBC in the 1980s, Les Moonves at CBS forever, arguably Shonda Rhimes on ABC’s Thursday nights now). Walter Presents may be a chance for the solo curator as viewer’s champion to finally shine in the digital video universe.

And to be sure, Walter Presents is more than just Iuzzolino, whose own media kit declares him “a passionate, warm and compelling eccentric.” Jason Thorp and Jo McGrath, veterans of outlets such as Fox International and Channel 4, are CEO and head of marketing respectively.

The company also has big backers, an excellent first year of results in the UK (admittedly a slightly different business as an ad-supported VOD channel tied to Channel 4), and a comparatively low cost of product. It’s not producing shows, merely using Walter to bird-dog the best of foreign-language drama, then licensing it.

And there’s clearly a market out there for quality dramas, no matter the language or country of origin.

PBS has long trafficked in such international fare, especially from the BBC, while Netflix early on licensed plenty of UK dramas and police procedurals that still dot its offerings. Los Angeles-based Israeli producer Alon Aranya has sold U.S. networks more than 30 shows based on formats license from international shows. More recently Netflix has begun commissioning its own original foreign-language shows such as the hit Narcos.

And companies such as the Spanish-language Pongalo and Korean-language DramaFever have profitably mined the soapy dramas of Venezuela, Columbia, Mexico and South Korea for audience love and even, in Pongalo’s case, the U.S. version of Jane the Virgin.” Beginning in the 1990s, Criterion began creating definitive DVD editions of the world’s great films, material that is now the backbone of streaming site FilmStruck.

For his part, Iuzzolino said he initially wanted to create a “channel complementary piece” that could sit next to Channel 4’s linear programming and build audiences for both.

“To me, SVOD was absolutely what made sense,” Iuzzolino said. “The broadcast environment is changing forever. Three to five years from now, TV won’t be what we call TV. What was niche will become mainstream. I had no doubt that our product was sophisticated, upmarket. It wasn’t elitist, wasn’t cine club. It was very shiny and glossy but wasn’t bland. It’s very much like a premium TV channel” such as HBO.

Indeed, based on what little I’ve seen of its shows, Walter Presents is complementary to Netflix, Amazon Prime or Hulu, targeting an audience that buys premium apps such as HBO Go or the Showtime and Starz apps. What Iuzzolino is doing for his individual channel will be what, more generally, each of us will be doing in the future as we build our own custom TV lineup.

“You construct your own package in a more personalized fashion,” Iuzzolino said. “You also embrace your own curation back into a world of supermarkets” such as Netflix and Amazon.

Short-cutting that construction process, I expect, will be groups of “over-the-top” channels that band together to appeal to a shared demographic. They can provide value ($10 for five channels, say, instead of $5 each) and ease of use that will appeal to many viewers.

Walter Presents is betting that one man’s curatorial tastes can drive a business. It certainly provides a more personal model of programming choice beyond the tyranny of the “You Also May Like” algorithm. Iuzzolino, and his channel, may indeed dig up gold in the crowded fields of digital entertainment. Good luck. In the meantime, I’ll look forward to that future complementary bundle of Film Struck, Walter Presents, BBC America and more.