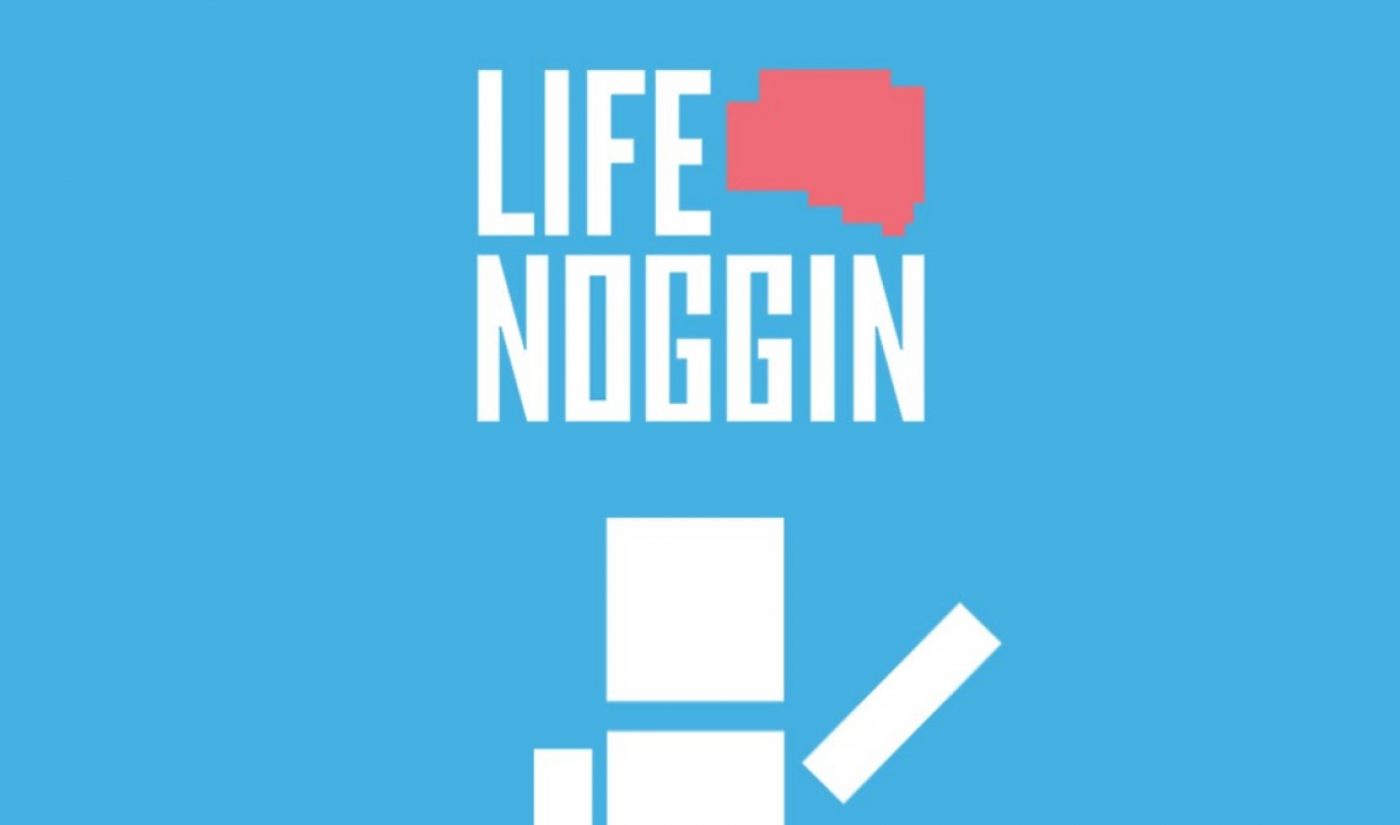 In 2014, three nerdy dudes with a shared passion for science began posting content to Life Noggin, an educational YouTube channel. Fewer than three years later, Pat Graziosi, Ian Dokie, and Jared Oban have struck YouTube gold with their crisp, animated videos that simplify academic concepts and apply them to real-world situations. Life Noggin recently hit one million subscribers, and its three co-creators celebrated with a video in which they revealed their faces to their fans. Now, they’re revealing to us what they’ve learned along the way.

Life Noggin: Well besides the obvious, and extremely necessary “THANK YOU!!!”, we want to say how incredibly happy we all are to have something that so many people enjoy. We read a lot of the comments and messages that come our way. The support is so overwhelming in the best way possible. As cliche as it sounds, we really couldn’t do this without that help from our audience. You guys choose to come back week after week, and we are really lucky for that. We celebrate every milestone because it means that we’re doing something right. We’re helping to build a really fun community on the internet that is filled with people who care about art, and education, and exploring new ideas. We’re so honored to be a part of that!

TF: The Life Noggin channel is only a few years old. How do you think it has been able to grow so quickly?

LN: All three of us have been producing content for ten years on YouTube, and boy do we have the failed projects to show for it. While educational content on YouTube is abundant, Life Noggin serves a market that hasn’t really been tapped into. There aren’t many channels creating short-form, animated educational content. In A Nutshell (big fans!!) would be the closest thing to us, but their videos are much longer.

We built this show to appeal to everyone, regardless of age, gender, political affiliation, etc. We make quick, bite-sized episodes so our audience can marathon them, or watch them between classes. Jared and Ian have also been working on DNews, Seeker Daily, and SourceFed for the past few years. That has allowed us to learn the ins and outs of YouTube very quickly.

LN: There’s a market for everything these days! Chances are, if you’re passionate about something, there are millions of others. Not only is the education community strong, but it’s incredibly welcoming. We’ve met some of our best friends in this community. A lot of people love learning news things and finding new ways to learn them. YouTube provides a space to educate people who might not have access otherwise.

TF: How many people are involved in the Life Noggin operation, and how long does it take to make each video?

LN: Life Noggin was created by Pat Graziosi, Ian Dokie, and Jared Oban. We also have a small team of extremely talented writers, animators, and editors. Each video takes about a week-and-a-half to produce. Once we hammer out the idea, and define our unique angle, we hand it off to our writers. After we make some slight edits and fact-check, we send it off to our animator. Every person on our team is so passionate about education and art. If it wasn’t for Kaylee, Steven, Michael, Branden, Katy, Dylan, and Julian, we wouldn’t have any channel.

TF: Where do you get new ideas from? Have there ever been any subjects you wanted to pursue but could not?

LN: Once a month, we have a brainstorm session. We’re constantly checking every science website for the latest news, and then we just try to make videos about things we’re genuinely curious about. Here’s an example: A few months ago we were reading up on Hot Jupiters. Scientists have noticed that gas giants tend to exist very close to stars in other solar systems, but Jupiter doesn’t. One thing led to another, and it got us thinking: What If Jupiter Never Existed? We love hypothetical questions, but sometimes there’s just not enough science there. We also tend to avoid topics that polarize our audience. We never want to be agenda-driven, so sometimes we might feel passionate about something personally, but choose not to cover it in an episode.

TF: Why did you choose an “8-bit”-style approach for Life Noggin?

LN: We loved looking at those 2D animations that businesses or apps would use for pitches. I really liked how even if the information was a bit complicated the 2D animations made it easier to understand. We wanted to apply that to an education channel so that all ages can understand the topics we discuss. Our goal was to make it look fun, make it easy to follow, and have the art style give us room to do any creative thing we want. Originally it was suppose to be live action, but we couldn’t figure out how to send ourselves to space if we wanted to make an episode on it. Animation was just the next best thing! Also time is a big factor, but it’s mostly the first part.

TF: How much rigor do you use to make sure the information in your videos is accurate?

LN: Our audience counts on us for credible information, so we never want to let them down! Every claim we make in a video needs to be backed up by 1-3 sources. Even if we state something obvious like “the sky is blue,” there needs to be a source. We also have two people go through and fact-check the entire video. It’s incredibly helpful that we have a pool of experts we can call up if we’re ever unsure about something. Have you ever tried fact-checking a video about theoretical physics? Not fun!

TF: Why did you decide to launch the Play Noggin spin-off channel?

LN: When we made the History Of Nintendo video, we got several comments about doing a video about Minecraft, and several other video games. So last year, we made a video titled “The Physics of Minecraft.” The feedback was clear: We needed to make this a regular thing. We had a soft-launch in June, and quickly realized we needed help. After a few months of building the team, we were ready to make it a weekly series! All three of us are gamers, so we combined our love of gaming and our love of science together!