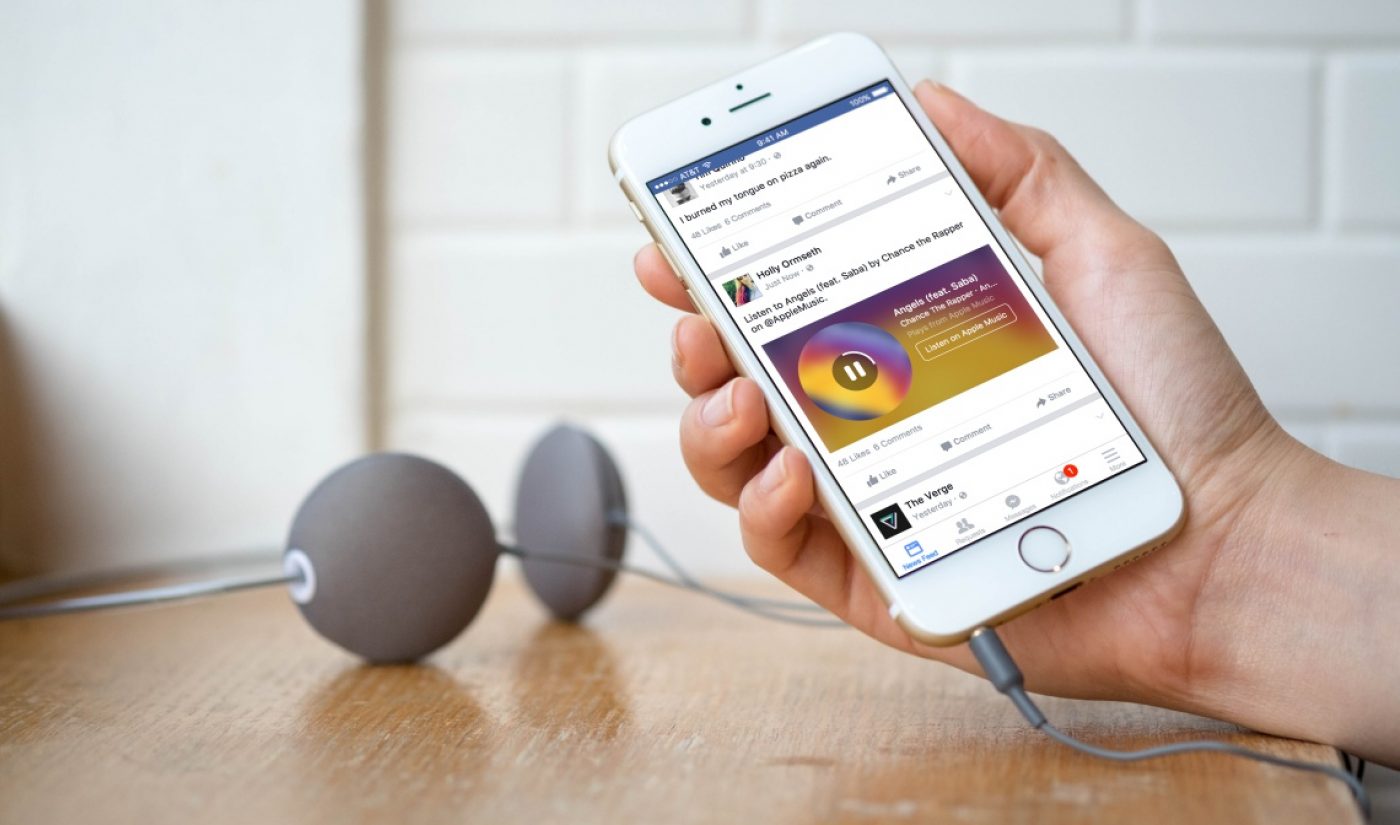 The relationship between YouTube and the recording industry has been a fraught one, with the latter group claiming the former creates a “value gap” that does not adequately compensate musicians for video views on the Google-owned platform. YouTube has mostly shrugged off these accusations, but now, the labels are discussing business with a company that could add some pressure to the situation: Facebook. According to a Bloomberg report, recording industry professionals are talking to the video-hungry social media giant about deals that could license popular songs for distribution on your News Feed.

The Bloomberg report indicates that preliminary deals would cover user-generated takes on licensed tracks rather than official music videos themselves, though there would be room for more expansive partnerships in the future. Facebook telegraphed its interest in cozying up to the recording industry when it hired Tamara Hrivnak, a veteran of both YouTube and Warner Music, as its global music strategy lead.

There are a couple potential snags that could stand in the way of deals between labels and Facebook. YouTube has become a go-to source for music videos because they are easy to find and play, but Facebook is still asserting itself as an on-demand video destination, so it might not be able to create the same “jukebox” feel viewers can find on YouTube. In addition, Facebook has still not finalized its answer to YouTube’s Content ID platform, and if labels can’t easily claim and monetize uploads related to their songs, they’re not going to get excited about bringing their content to Facebook.

“Facebook is a very valuable company, making a lot of money, and in part because of the music on the site,” said David Israelite, the president of the National Music Publishers Association. “We are looking forward to being business partners with Facebook. If that doesn’t happen, you’ll see the situation turn very quickly.”

The ball is clearly in the music industry’s court right now. Unlicensed uploads are going to come to Facebook no matter what, and the social platform can use the “safe harbor” provision of the Digital Millennium Copyright Act as a sturdy legal defense. That said, this is also an opportunity for labels. Make nice with Facebook, and they could wrangle some more favorable relations with YouTube as a result.