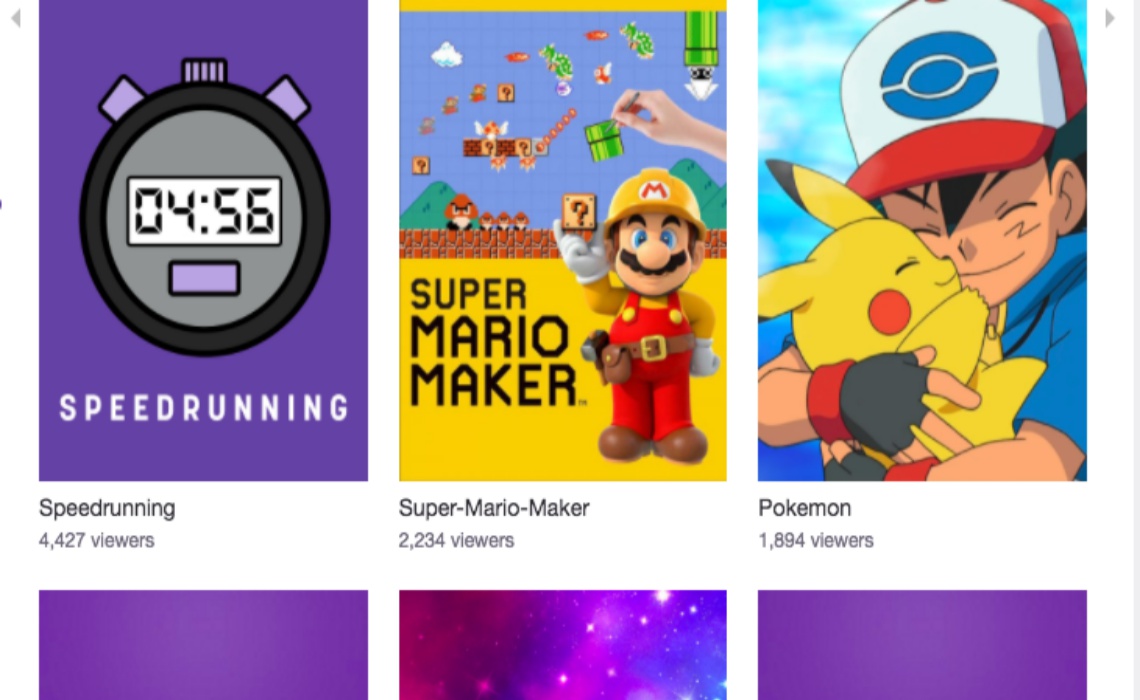 Twitch has a reputation as the platform on which gamers broadcast footage from their favorite titles, but its streamers cover a wide variety of subjects, both in the gaming sphere and outside of it. Now, Twitch’s latest feature allows its users to organize themselves around the topics that unite them. The platform has launched Communities, an array of category-specific pages, in beta.

Based on their design, Communities can be thought of as Twitch’s answer to Reddit’s collection of subreddits. Each page is user-moderated, and streamers who do not find a community catered to their interests can create one for themselves.

Naturally, many Communities center around individual video game franchises such as Pokemon and Starcraft, but others are more broadly defined. Fans of speedrunning, for example, now have their own hub, as do streamers and viewers who want to promote positive content. At the time of this post, 70 distinct Communities are live.

“We’ve heard from our streamers and viewers that they want the freedom to form specific groups, organizing around topics such as speedrunning, esports, cosplay, and painting,” said Sheila Raju, Twitch’s Product Marketing Manager, in a press release. “With Communities, we are giving our users the power to create groups of their choosing, while providing creators with another tool to expand their audiences. If you have an interest that’s shared among others, Communities is where that collective can live.”