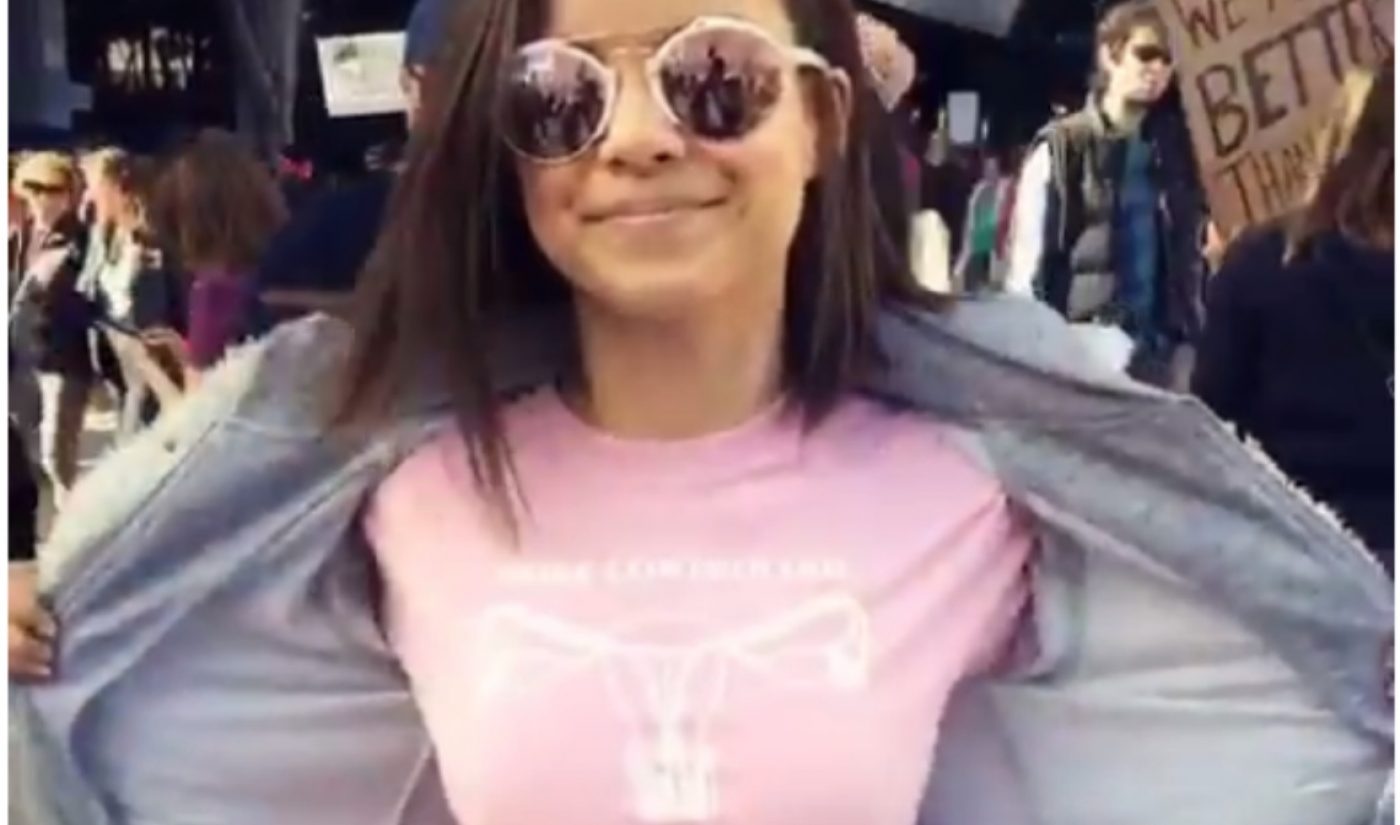 The YouTube-famous musicians The Piano Guys were among the performers at President Trump’s pre-inaugural concert on January 19th, but for the majority of the video site’s creative community, the anti-Trump Women’s March protests that took place around the world were the places to be during inauguration weekend. We The Unicorns has combed through social media and compiled some posts from social media stars who spent Saturday, January 21st rallying behind the causes most important to them.

The women of YouTube used shirts, signs, and costumes to express their displeasure with Donald Trump’s attitude towards women and the pro-life, anti-Planned Parenthood proposals of his administration. Ingrid Nilsen (pictured above) made a topical fashion choice, Laci Green brought her girl-power brand of sex education to the streets, and Mamrie Hart and Grace Helbig showed up among 750,000 protesters in Los Angeles to advocate for their rights.

We out here. #WomensMarch pic.twitter.com/b1wLOFLu4P

Male YouTube stars also showed up to support their female friends, family, and colleagues. Top gamer Markiplier posted an Instagram photo from the Los Angeles demonstration, while Tyler Oakley took a break from his Sundance Film Festival schedule to join a band of protesters in Park City, Utah.

grateful for the women in my life. proud to attend the #WomensMarch at #sundance. i came to listen, learn, & support. 💖 pic.twitter.com/8OuQQWgvnJ

The YouTube community’s strong attendance record at Women’s Marches around the globe should not be surprising, given the left-wing political views held by many of the video site’s top stars. Instead, these social media updates are reminders that many YouTube stars are going to spent the next four years resisting, both in the streets and online.