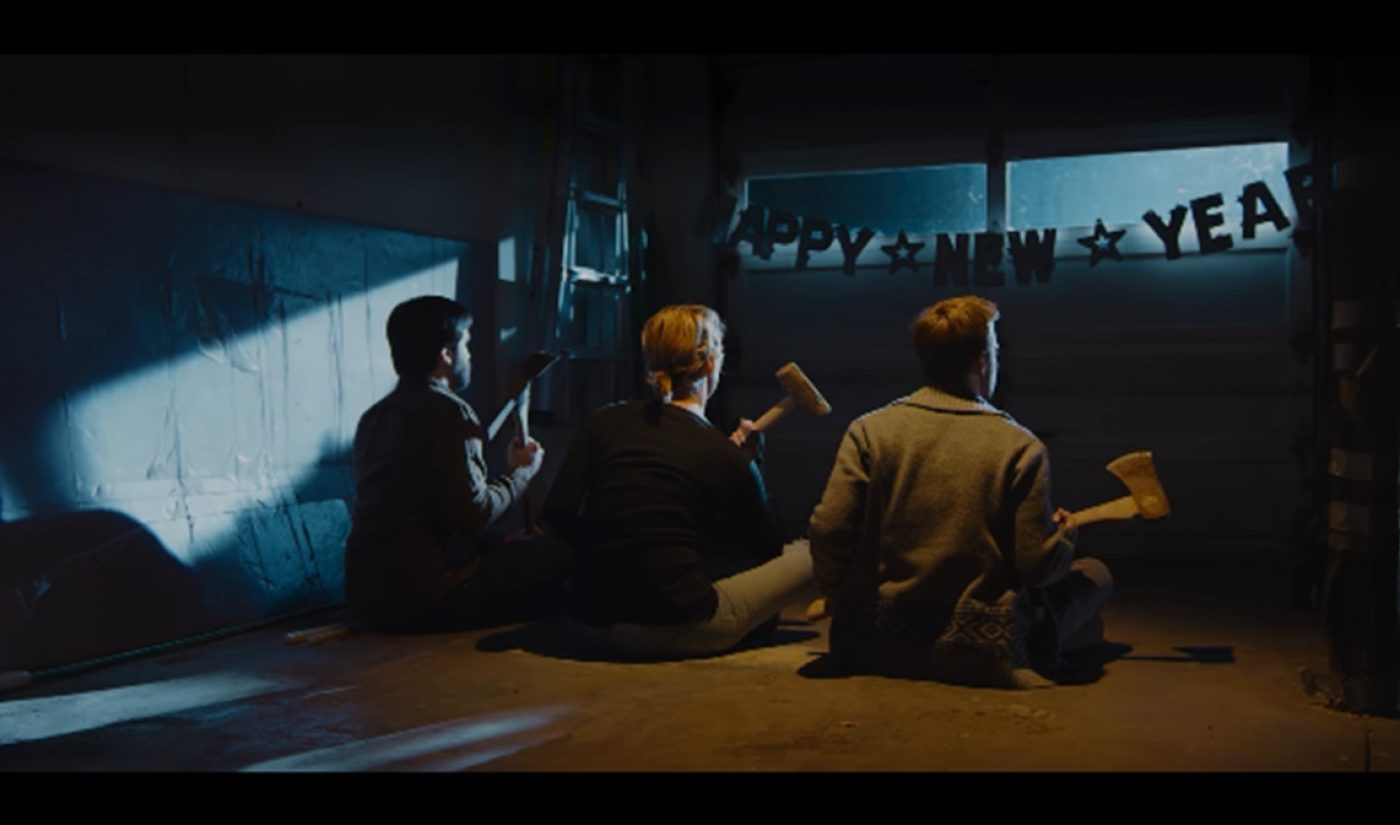 2016 was no fun. Famous people died, extremist movements consumed the globe, and we lost Harambe. As these horrible 12 months come to an end, some YouTube content creators have taken a moment to give the previous year the send-off it deserves. Here are seven videos that are helping us say “good riddance” to 2016.

For those of you who slept under a rock this year, we should probably start with a video that recaps all the ways in which the previous year went wrong. Vox‘s 2016 recap isn’t perfect (it’s very U.S.-centric, for starters), but it’s a well-made look back at the events that have grabbed headlines since January.

During the recent presidential race, Turner-run Super Deluxe showed up as a home for cynical, politically-charged comedy. It continued to uphold that reputation at the end of the year by creating a piece of explicit, 2016-themed graffiti and promptly washing it down. Perhaps, the video seems to say, we can now start with a clean slate in 2017.

Of course, there’s also a chance 2017 will be as bad as the year that came before it, and the 5SF team reminds us of that possibility with just one sentence. As for what happens in the rest of this video, well, your guess is as good as mine.

4. The Worst Year of My Life | what we learned by Alexis G. Zall

Vlogger Alexis Zall tells her viewers she has spent the year learning from each bad thing that has happened in the world. In a reflective video, she turns to her friends, colleagues, and fellow creators (including Gaby Dunn) for help processing the important lessons we must take away from 2016.

3. The 2016 Song- A Year in Review Hamilton Rewind Parody by Tessa Netting

We’re suckers for Hamilton parodies here at Tubefilter, and Tessa Netting‘s take on the musical’s most-iconic song is no exception. It’s worth noting she wrapped up 2015 in a song parody as well, but that offering was significantly lighter than the one she gave us this year.

If someone you knew fell into a coma last New Year’s Eve and woke up at the end of 2016, how would you inform them about the events that transpired? Tom and Hubert used that question as the hook for a witty comedy video that doubles as a look back at Brexit, Harambe, and more. We’re giving this one bonus points for reminding us that 2016 sucked for people all over the world — not just here in the U.S.

If the events of 2016 were used as the basis for a motion picture, that film would probably be a horror movie — and that’s just the idea Friend Dog Studios had in mind when they created our favorite “goodbye 2016” video of the year. Beyond its clever editing and its smart application of horror movie tropes, it was also one of the few videos on the list to sneak in mentions of the deaths of George Michael and Carrie Fisher. In future years, we can look back at this video to remind ourselves that 2016 sucked — right down to its last few days.