Insights: With CES Looming, What 2017 Gadget Will Change Entertainment? 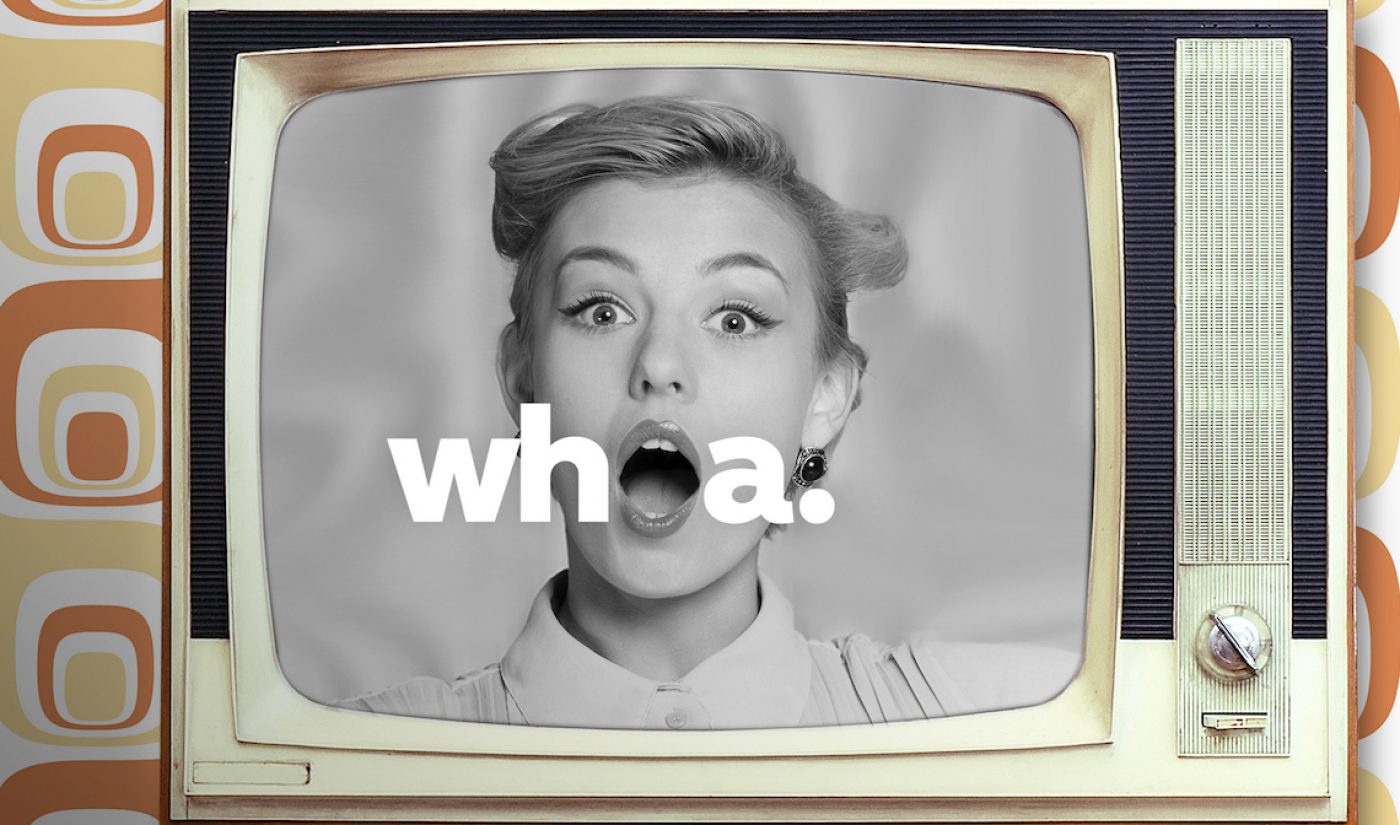 A couple of weeks ago, I looked at digital media’s pell-mell 2016 and some of the industry’s looming issues for 2017. But what about the new technologies and platforms that will shape both digital and traditional media in 2017?

On the Cutting Edge of Technology EST 1967

We’ll get our first sustained peek at the gadgets that hope to dominate 2017 in just a few days, when around 175,000 people jam inside the ever-expanding confines of CES in Las Vegas. Beginning Wednesday, January 4, more than 3,500 companies, twice as many journalists, and tens of thousands of others will be working the floor in Vegas’ mammoth convention center and multiple satellite hotels, along with seemingly every available bar, restaurant, temporary structure, and den of iniquity.

As a journalist who has long tracked the show and attended/survived a few of them over the years, it’s been interesting to watch its ebbs and flows. It began back in 1967, in a New York hotel, and showcased a mind-meltingly different world of long-ago technologies, such as black-and-white TVs, stereo music systems, and transistor radios. Last year in Vegas, CES had a record attendance of more than 177,000 people trudging across nearly 2.5 million square feet of exhibit space, taking in a bewildering array of technologies ranging from mobile and video devices to 4K HDR televisions, smart-home technologies, autonomous vehicles, biotech, and so much more. Here in the show’s 50th year, it should be every bit of that again as technology continues to boom, and individual companies beg for attention and customers.

But it’s already so different, not only from that first show half a century ago, but even from as recently as the 1990s. Back then, Microsoft dominated CES so much that then-CEO Bill Gates kicked off proceedings every year with a much-awaited opening keynote speech.

Not A Desktop Software Firm In Sight

Now, Gates no longer runs the company, Windows-based desktop computers no longer rule the technology world, Google’s Chrome has passed Internet Explorer in browser market share, and Microsoft, though still quite big, has misfired in key growth areas such as the misbegotten Nokia mobile acquisition.

This year, in a telling shift, CES keynotes will come from executives of car company Nissan, chip maker Qualcomm, Chinese cellphone giant Huawei, athletic-wear maker Under Armour, and cruise-ship king Carnival. CEO and President Jen-Hsun Huang of NVIDIA, which makes graphics processor chips that playback high-quality online video, starts the show off Wednesday night with his keynote. There’s not a desktop software firm in sight on the dais.

That said, what is at the show can be a little surprising: lots of digital media companies, ad-tech firms, ad agencies, media buyers, social-media platforms and many other companies not normally associated with traditional gadgets and hardware.

“Content is still king,” said Karen Chupka, the Consumer Technology Association senior VP who runs the show, when I met with her a few weeks back. “Hulu and Amazon and Snapchat are at the show now.” So are NBCUniversal, Discovery, Twitter and Facebook.

It’s also the third year the show has run a separate center at the Aria Hotel called C Space that focuses on advertising and marketing. The Aria, on the Strip, is a long way from the convention center, in many ways. And that’s intentional.

“Everyone is trying to meet with the same group of people, so Aria is the HQ,” along with the neighboring Cosmopolitan and Vdara hotels, Chupka said. “It creates that whole hub for the entire community. These companies didn’t need to be on the show floor but they wanted to be there.”

Last year, Twitter created an entire “town” in a ballroom to handle its meetings. Lots of smaller online companies tucked into hotel suites and similar venues nearby, holding wall-to-wall meetings throughout the show, which has increasingly become a crossroads for Internet firms.

Meanwhile, after a first year of widely available consumer hardware for virtual reality/augmented reality/mixed reality experiences, the sector continues to grow, with 71 companies on display. As the nascent industry moves into a broader array of use cases and categories beyond gaming and entertainment, Chupka said, CES likely will add a third VR-related area devoted to business-to-business applications.

“In time, VR will start going the way (to ubiquity) that wireless did,” she said. “It’s hard to find anything that’s not wireless now.”

Which is why areas such as those for smart home and autonomous vehicles, and all the follow-on opportunities both create for content companies, will be even bigger this year.

There will be more driverless-car demonstrations, amid recent major testing announcements by companies such as Uber and Ford. And the U.S. Department of Transportation will have representatives at the show to talk about what driverless cars mean for the country and the tech industry.

More interesting to me is which companies will provide entertainment and other services to the riders of these autonomous vehicles. Will those passengers simply rely on their own mobile phones, or is there an opportunity for shared experiences and screens for games, movies, news and more within these vehicles? What markets are going to emerge atop these new platforms?

Sports will be spotlighted in several ways, including with a live broadcast of Turner Broadcasting’s Inside the NBA show and a sports-business conference within the show. And e-sports will be getting more attention too. Formula E, the international electric-vehicle racing circuit, will pit some of its drivers against video game players in an e-sports face-off for a $1 million purse. Not incidentally, Turner and many of the NBA’s teams and players have been buying up e-sports teams.

The Chinese presence should be larger than ever. Of course there will be plenty of companies such as Huawei, of every imaginable scale, shilling a bewildering array of products. And Chinese companies are not only building lots of electronic devices these days, they’re investing heavily in Hollywood. Alibaba and Wanda Dalian executives have recently said they collectively plan to spend more than $13 billion in Hollywood programming.

But I’ll be interested to see if other aggressive Chinese tech companies such as Tencent, LeEco, and Hanhai make a splash in Vegas. Don’t expect this wave to end soon.

Of course, CES has long been known not just for everyone who’s there but for one company that isn’t, Apple. The company’s phones and tablets were the most-activated gadgets this holiday season, more than double the share of No. 2 Samsung, according to app-tracking firm Flurry.

That measure is more suggestive than definitive, but reminds that Cupertino remains the catbird seat of mobile. And plenty of other companies that make accessories for Apple gear, or rely on its infrastructural technologies such as Carplay or HomeKit, will be everywhere at the show.

But Apple’s absence carries over to some of the hot technology sectors, where it may be working behind the scenes but has said little or nothing, such as with autonomous vehicles and  the AR/VR/MR race, only recently acknowledging it was working on an AR technology.

Similarly, it’s been silent on another hot sector, the in-home digital assistants such as Amazon’s Echo and Google Home. Those Internet-connected speakers and microphones are backed by online artificial-intelligence power that can understand voice commands to play music, run your smart home, answer questions and, especially in Amazon’s case, buy things. Creating a similar standalone home device using the Siri assistant already on iPhones and now in the MacOS seems an obvious opportunity, but not one Apple has exercised yet.

Even Apple’s many fanboys are grumping that the company, for all its massive profits and sales, isn’t coming up with the next cool thing. The latest versions of the MacBook Pro even failed to get a Consumer Reports recommendation, a first, caused by wildly inconsistent battery life results. The company is under increasing pressure to find a new platform to reshape, especially given the already-fading glory of the wearables market that includes the Apple Watch.

I’ll be interested to see what “one more thing” that Apple comes up with by next June’s Worldwide Developers Conference. In the meantime, CES will give us lots to chew on, particularly in all those areas where Apple hasn’t ventured. I can’t wait to see what it means for the business of digital media.