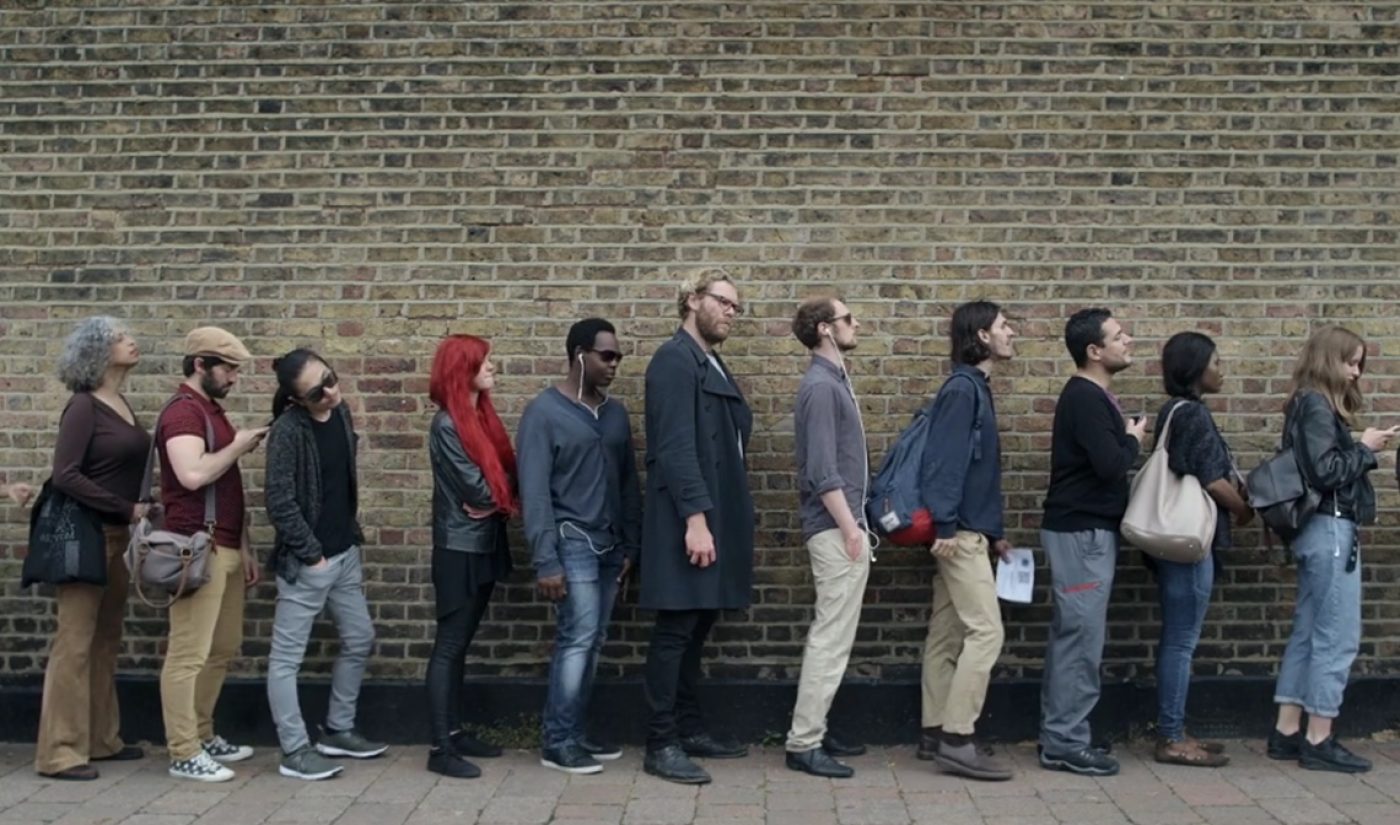 Each year, it becomes harder for independent content creators to stand out in an online video landscape overflowing with more voices, more platforms, and more money. Luckily for those of us who cover digital media, that raised bar forces aspiring filmmakers to bring their absolute A-game if they hope to stand out in a crowded field.

In 2016, the best projects those creators had to offer ended up as feature series in our Indie Spotlight column. From that group, here’s the best of the best: The five shows that most stood out to over the previous 12 months.

Wait For It from Andy Lambert on Vimeo.

I’m starting off this list by cheating a little bit. The Mute Series came out in 2015, but since creator Andy Lambert released new episodes this year, and since I featured it in an October 2016 column, I’m giving it the respect it deserves. Each episode of The Mute Series is a short vignette that adheres to Lambert’s three rules: No dialogue, no camera movements, no cuts. The resulting shorts are funny, thoughtful, and surprisingly twisty, all in the space of a couple minutes each.

The Mute Series represents the spirit of digital content. Everyone who tries to make a series that gets noticed comes up against severe limitations. In Lambert’s case, many of those limitations were self-imposed, and yet, as the most talented creators do, he found a way to shine through. For that reason, The Mute Series is worthy of respect — and, perhaps, study.

The Mute Series is a project that makes perfect sense on the web, but The Weekend Detectives — and I mean this as a high compliment — would not be out of place as a TV sitcom. Max Reinhardsen and Natalie Rich’s series, in which they play a brother-and-sister pair of bumbling detectives, matches up favorably against shows with far larger resource pools. It has the sharp plotting, amusing characters, and witty script it needs to be a top-notch workplace comedy, digital or otherwise. If the hysterical dance scene in the first episode doesn’t make you chuckle, there’s nothing I can do for you.

Sometimes, the simplest setups are the best. Future Girl centers on its three protagonists: There a normal modern-day woman, a scientist who has traveled back in time to complete her thesis, and the Viking warrior the scientist has brought forward in time. They’re the past, present, and future, all living together in an apartment, and they’re so much fun. Their interactions as roommates make for some of the most charming and delightfully geeky comedy we saw on the web in 2016. Creators Rick Budd & Nick Gilman brought a snappy pace to a classic web series setup and added a dash of Dan Harmon-style genre savvy, and it turned out to be the formula for a successful sci-fi experiment.

I would be remiss to leave Brooklyn Sound off this list. After all, it won the 2016 Streamy Award for Best Indie Series, and I, as a member of the Streamys Blue Ribbon Panel, voted for it. Julia Mattison and Noel Carey’s tale of a down-on-its-luck recording studio that is forced to take in a number of wacky clients is an ambitious project. It’s part musical comedy, part mockumentary, and part workplace sitcom, all wrapped up in one well-made package. To pull off just two of those genres in the same show would be a feat; Brooklyn Sound manages to blend all three together.

Brooklyn Sound is a big idea, but it ultimately succeeds for small reasons. Individual camera movements, line readings, and acting performances deliver their own laughs, and when all of those elements are added up, the product shines.

Representation is oft-discussed topic in the entertainment industry, and for many web series creators, a stated goal is to focus on groups that often get shunted into supporting roles in mainstream entertainment. The challenge, then, is to make shows about those under-represented groups that also appeal to the represented majority. Through the power of the Internet, hungry young talents can show Hollywood that a show can still find an audience even if its main characters are trans or biracial or Indian-American.

In 2016, no web series proved that point better than Her Story. Jen Richards and Laura Zak’s exploration of transgender identity is an elegant, character-driven work of art that just so happens to feature protagonists whose identities and issues are different from the ones we usually see on TV. You don’t have to identify as LGBTQ to appreciate Her Story, a truth to which the show’s many non-LGBTQ fans — myself included — can attest.

Richards and Zak poured their passions into a bold, audacious story, and what did they receive for their efforts? Oh, only an Emmy nomination. Here’s hoping that more well-crafted, challenging web series work gains the positive attention it deserves in 2017 and beyond.