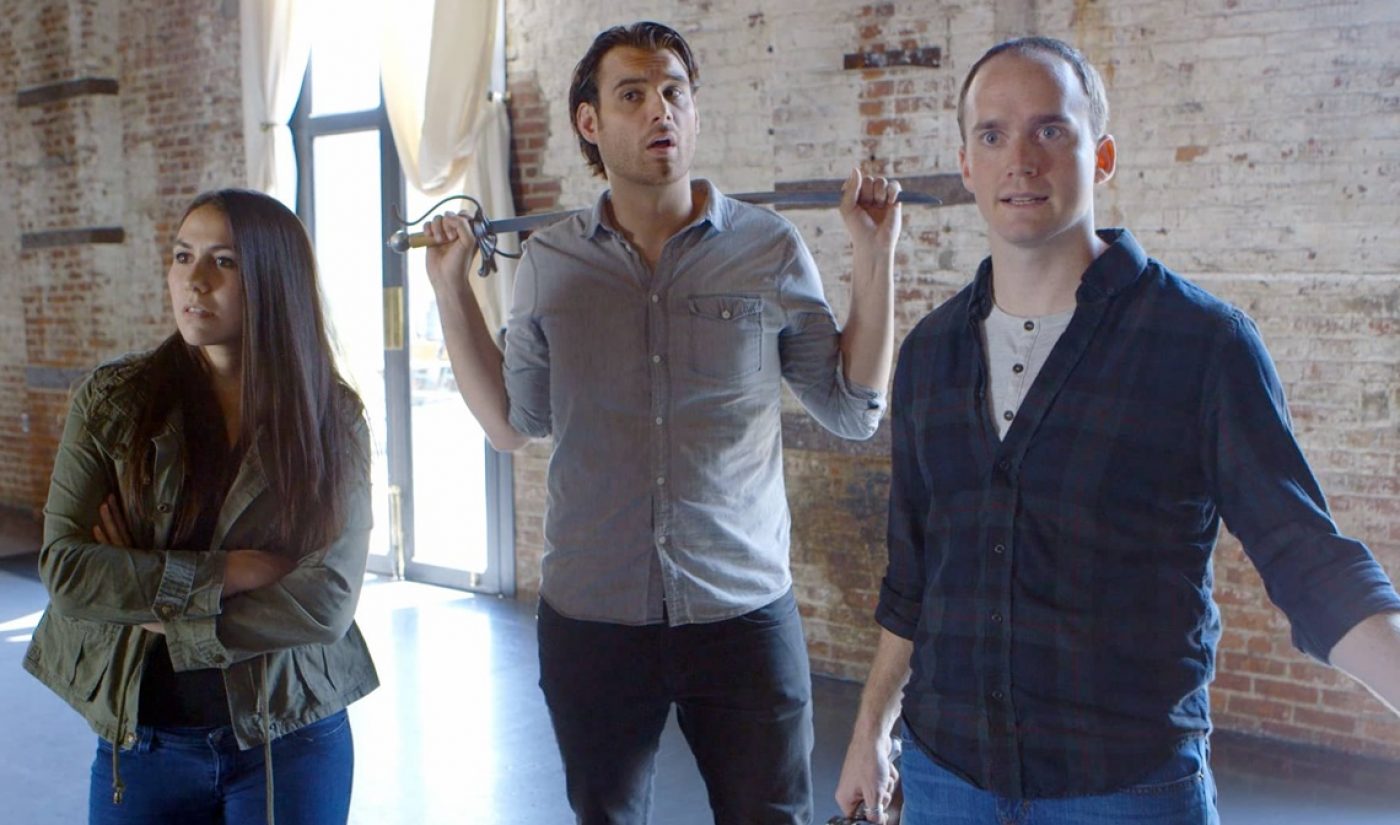 This installment of Indie Spotlight is brought to you by Spreadshirt.

How do you put a new twist on a show that claims the title of “Longest-running series online?” With music and lyrics, of course. That’s the idea behind The Hunted: Encore, a musical web series that serves as a companion piece for Robert Chapin‘s long-running vampire series The Hunted.

The Hunted, which is set in a world of vampires and the “slayers” who battle them, has been around since the early 2000s. One of the ways Chapin has supported his show is through a number of “affiliate” projects that are led by other creators but set in the Hunted universe. Encore, directed by Ryan Gibeau and written by Ned Donovan with music by Marcus Bagala, is one of those affiliates. Its protagonists are three slayers, two of whom are butting heads with the third.

What makes Encore truly exciting is its soundtrack. The series is filled with fun, peppy numbers that are well-staged and feed the show’s light, comedic tone. As Donovan tells Tubefilter, that tone is important, as Encore “can’t take itself too seriously or it loses its fun.” The music blends nicely with Encore‘s action scenes, which feature special effects from Chapin (who, beyond his web series work, has worked in the visual effects department on blockbusters like Star Wars: The Force Awakens).

“The music definitely sets us apart, and it creates a fun mashups of genres,” said Donovan. “The one-take [format] makes it a mockumentary of sorts, it’s definitely an action show with the fight scenes and swords, it’s a comedy in the sort of self-aware, but committed reality that we invented for the show, it’s a rock musical with some fantastic performers from Broadway and other ventures, and it allowed us to create something I think is truly a unique web series with ideas and concepts not often seen in web-based content.”

Four episodes of Encore are available on YouTube, and its soundtrack can be purchased over at Bandcamp. If that whets your appetite for more Hunted, there are plenty more installments to check out, including a feature film that arrived earlier this year.

This installment of Indie Spotlight is brought to you by Spreadshirt. Opening a Spreadshirt Shop is the easiest way to turn your channel views into dollar signs. Create a fully-customized, channel-themed Shop in a matter of clicks. With over 190 customizable products and the support of a dedicated staff that virtually built the YouTube merch market, Spreadshirt offers the most creative and personalized support in the industry today.