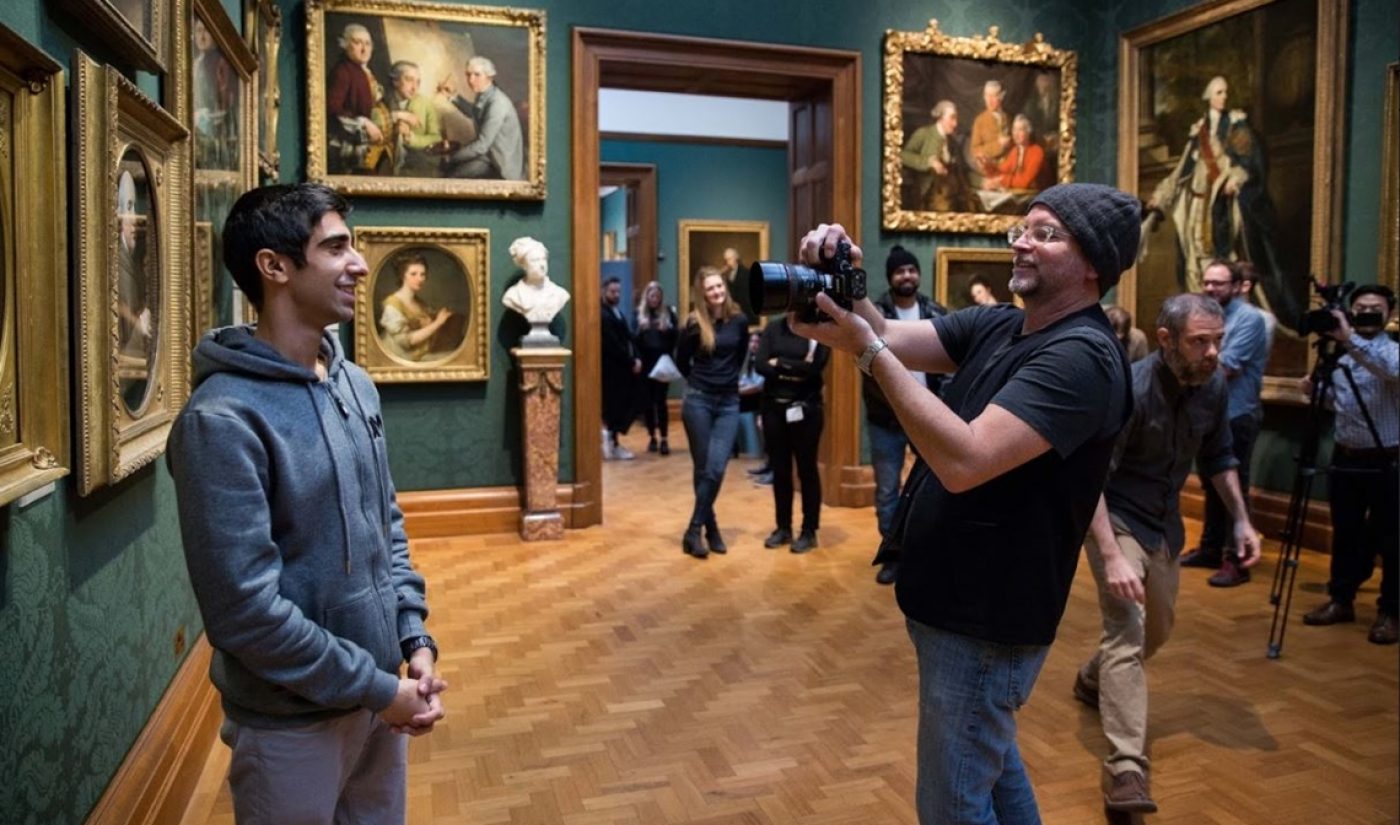 In yet another sign that YouTube celebrity isn’t a fleeting trend but instead a matter of great cultural import, London’s National Portrait Gallery invited 17 of the platform’s brightest stars to its hallowed halls for a photoshoot.

Among the creators gathered were Caspar Lee, Tanya Burr, Colin Furze, Kaushal Beauty, Suli Breaks, and others who are currently participating in the video giant’s #MadeForYou ad campaign in the U.K.. #MadeForYou, announced earlier this month and running through November, is an outdoor and digital campaign that serves to celebrate the diverse passions of YouTube’s U.K. creator community.

The aforementioned creators were photographed by Jim Fiscus in a 360-degree image. The shoot was set alongside portraits of figures from the Enlightenment, including composer George Frideric Handel and actress Sarah Siddons, according to a release, “in a culture clash of today’s new wave of celebrities and some of history’s most famous paintings.” Fiscus has previously helmed campaigns for TV series like Homeland, Dexter, Penny Dreadful, and Downton Abbey.

Check out the finished product below:

The concept of a National Portrait Gallery shoot was the brainchild of ad agency Flying Object, whose creative director, Tom Pursey, said in a statement: “Influence is built on the unique and personal connection felt between fans and creators, and the 360 image allows us to place fans directly in the center of the portrait.”

Adds Fiscus: “There seemed nowhere more fitting for this to take place than at the National Portrait Gallery as today’s new wave of celebrities meet against the backdrop of some of the most famous faces in British culture.”