Insights: Amplification And Putting The “F” In STEM 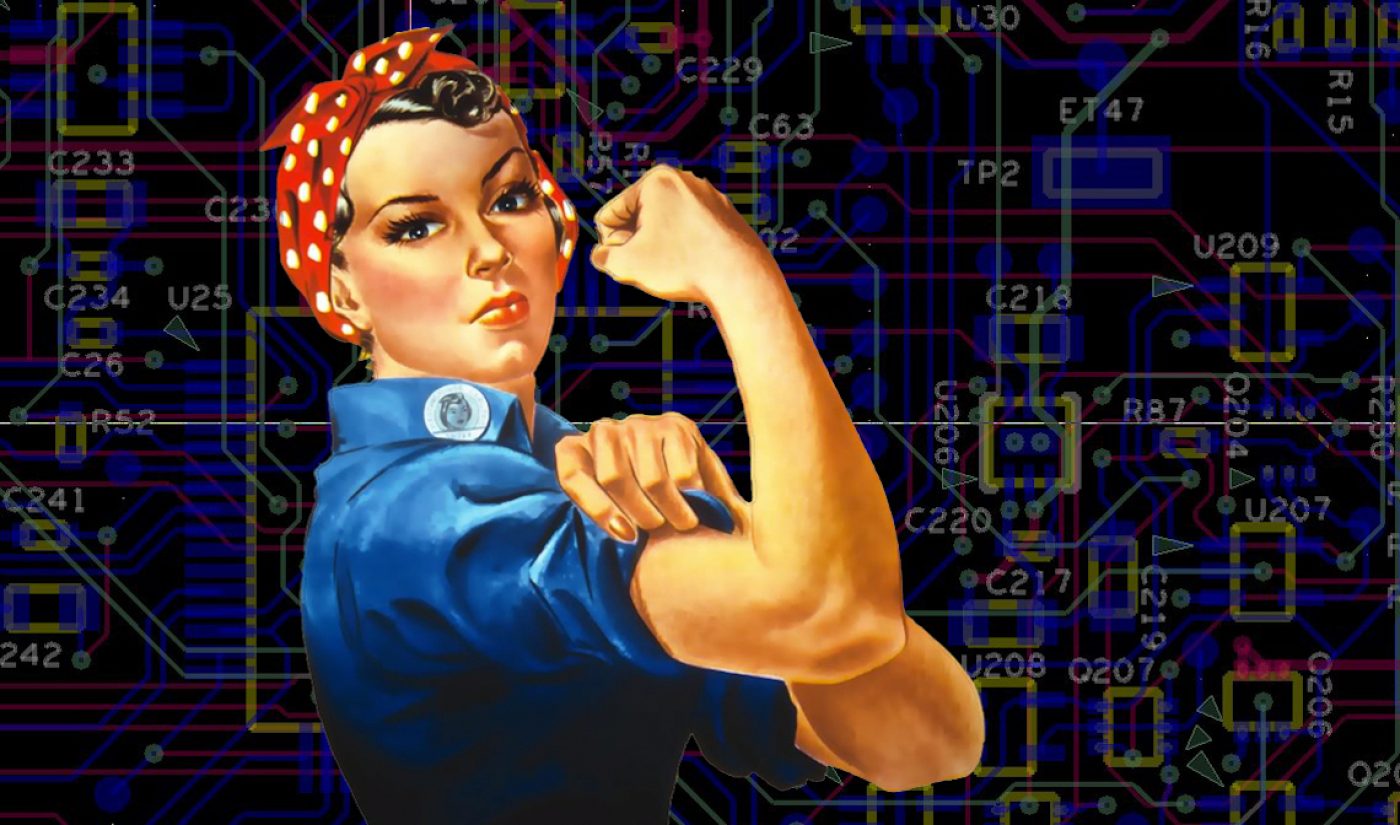 When Barack Obama announced this week the latest recipients of the Presidential Medal of Freedom, the nation’s highest honor that can be bestowed upon a civilian, there were many prominent names, people whose stories are widely known throughout pop culture including Michael Jordan, Robert Redford, Bill and Melinda Gates, Bruce Springsteen, Tom Hanks, Ellen DeGeneres, Lorne Michaels, Diana Ross, and Robert De Niro.

Amid that glittering Medal of Freedom list, there were two lesser known names that gladdened my heart: Grace Hopper and Margaret H. Hamilton. That they are lesser known is a crime, really. Each has been a pioneer in the history of computing, and each deserves a bigger place in our cultural conversation. It is to the president’s credit that in his last group of Medal of Freedom recipients, he included two of our country’s greatest scientists, whose contributions to the world of technology deserve prominent attention, and not just in tech circles.

By happenstance this week, I also was at the State of Now 140 Conference, a revived version of the pioneering gathering of influencers from back before that was even a term, started by Vonage co-founder Jeff Keni Pulver. These days, Twitter is in eclipse, but the notion of influencers is more powerful, and complicated, than ever.

At that conference, filmmaker Jenn Halweil made an impassioned plea for more films and TV programs spotlighting the great women of scientific history. As she pointed out, we have had recent films about pioneers such as Alan Turing (The Imitation Game), Stephen Hawking (The Theory of Everything), and John Nash (A Beautiful Mind), even the Steve Jobs a movie (and more than one at that). All had fascinating life stories and a deserved place in the pantheon of science and technology. All were men.

“But we need films about Grace Hopper or Ada Lovelace or Hidden Figures,” a 2016 film about African-American female mathematicians in NASA’s early days, Halweil said. “I think we need a Miss MacGyver or a female Iron Man.” Grace Hopper by some early computers she helped design.

So, Who Was Grace Hopper?

She retired as a Rear Admiral in the U.S. Navy, a recognition of her achievements at a time when women were not known for such in either computer science or the U.S. military. She had a key role in developing the first computer-language compiler and the groundbreaking computer language COBOL. In the 1970s, she was an early advocate of moving from mainframe computing to distributed networks of small computers tied to online databases (i.e., where we are now). Hopper died at the age of 85, in 1992, as one of the longest-serving officers in Navy history, and is buried in Arlington National Cemetery.

Now 80, Hamilton is CEO of Hamilton Technologies, in Cambridge, Mass. In her earlier years, she helped develop weather-prediction software used by military pilots. While at MIT’s Software Instrumentation Laboratory, she oversaw development of the in-flight programs that guided the Apollo space missions. The error-correction and prioritization routines she helped create allowed the Apollo 11 spacecraft to safely land on the moon after a problem emerged just minutes before scheduled touchdown.

How Can We Make Sure Everyone Knows The Answers To The Above Questions?

Actor/writer/producer Halweil is working on a film focusing on other female scientists focused on projects such as the search for exoplanets in other solar systems, mapping the human brain, and finding the first quantum star.

“Now, more than ever we need champions, we need storytellers,” Halweil said. And we need Hollywood and creators of all sorts to tell the stories of female stars in tech and science.

Halweil, a former electrical engineer, talked about visiting the headquarters of SpaceX, started by her idol Elon Musk. But in visiting the facility, Halweil noticed that all the conference rooms were named for male scientists. When she asked a male friend who worked there why that was so, he speculated that it might be because women hadn’t had a chance yet to make a big mark, because of how long it took to get the right to vote, and the opening up of opportunities in science.

Wrong answer. And I suspect if we asked the entertainment business why there aren’t more stories about the Grace Hoppers of the world, we might get a wrong answer too.

The creators in Hollywood and beyond indeed need to step up with movies, TV shows, video shorts and more about female science and tech pioneers. If we are to inspire more young women to pursue careers in science, technology, engineering and mathematics, we need to put the F, for female, in STEM.

Such film and TV projects are a different take on a clever social trick, called amplification, developed by women in the Obama Administration’s early days. Back then, women comprised only a third of the staff. Even among a relatively enlightened crew, the women were concerned about being minimized and ignored. Amplification was a tactic to ensure women got the credit they deserved.

When a woman made a worthwhile comment or other input during a meeting or group email, other women would repeat that idea and give the woman credit. Doing so helped ensure the colleague was recognized and supported for her original ideas.

Now it’s time for creators to undertake a different sort of amplification. We need to hear more stories about great women scientists and tech pioneers, whether it’s Ada Lovelace, Marie Curie, Grace Hopper, Margaret Hamilton or many other worthy candidates.

Halweil told one other joke, a wry and world-weary one, especially in light of another trailblazer’s near-miss this month: “Why are women’s heads flat? Because they keep being patted on the head patronizingly. Others say it’s because we keep running into the glass ceiling.”