Gaby Dunn, Allison Raskin Share Why They Left BuzzFeed To Build Just Between Us 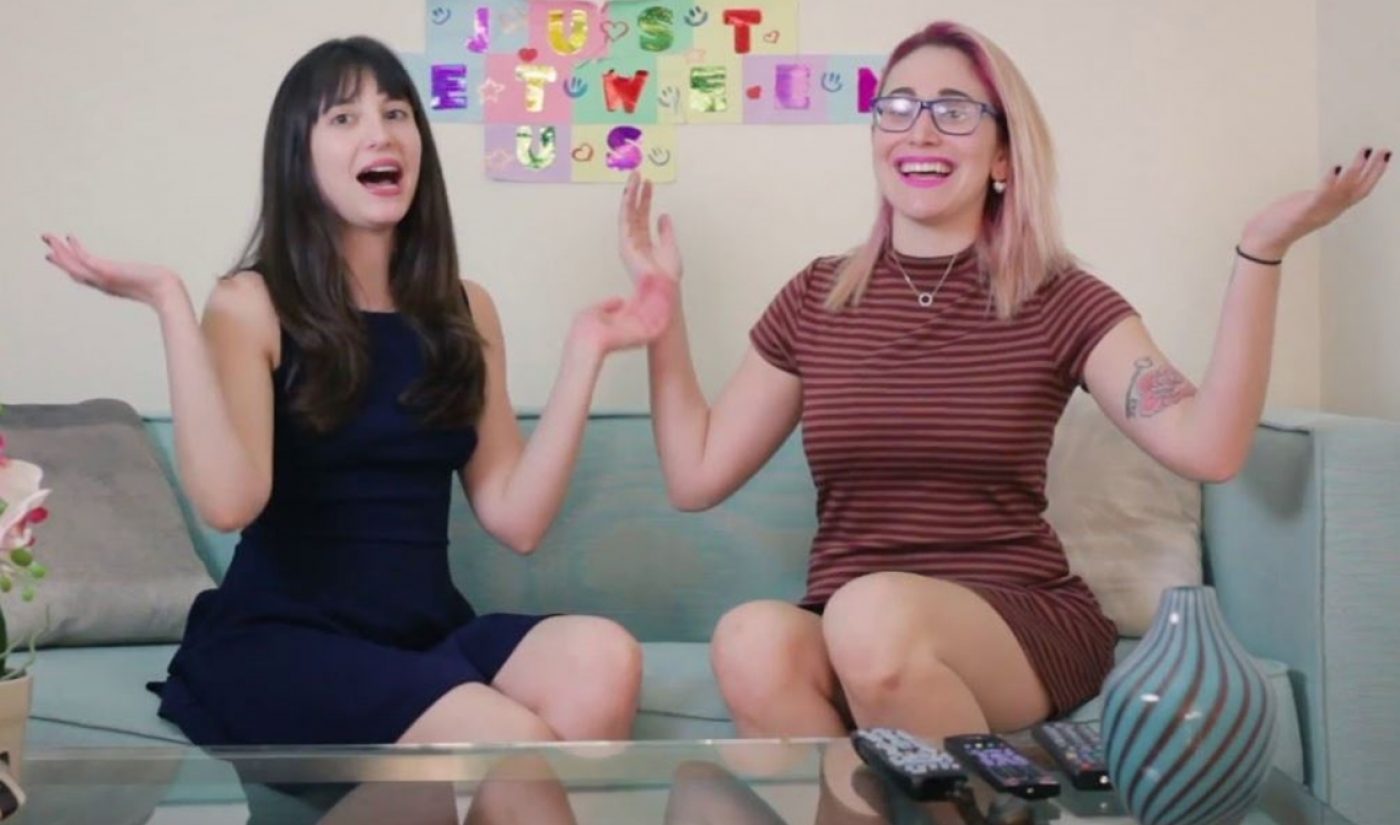 Hank Green, of vlogbrothers and VidCon fame, made a rather bold move for a daily vlogger late last month when he announced he’d be taking a break from the web to go on paternity leave. In the meantime, Hank — who posts roughly one video per week on his collab channel with brother John — has tapped a string of bold-faced guests to fill in while he’s away.

In addition to vlogs from nascent YouTuber NerdyAndQuirky and more established names like Wheezy Waiter and Hannah Hart, the latest vlogbrothers stand-ins are Gaby Dunn and Allison Raskin — proprietors of the popular comedy channel Just Between Us.

In their vlog, which Raskin says is her first, the best friends delve into an as-yet-untapped topic: why they chose to depart BuzzFeed in 2015, where they were formerly employed as performers and writers, to focus on their own channel full-time. Calling it one of the scariest decisions of her life, Raskin notes that the move was precipitated by the fact that “there was some pushback [from BuzzFeed] about the fact that we had our own channel.”

“We also were toying with, ‘Do we get rid of Just Between Us and commit ourselves to Buzzfeed?’” added Dunn. “But that didn’t feel right to us either.”

This is a path that has been tread by other creators to have emerged from the viral publisher’s uber-successful video factory. Matt Bellassai, for instance, left BuzzFeed to pursue other projects but will no longer be able to release content through his signature Whine About It format, which is owned by the company. And over the summer, BuzzFeed also reportedly fired onscreen personalities Jenny Lorenzo and Brittany Ashley for appearing in a non-BuzzFeed web series.

The exclusivity factor and knowing that BuzzFeed would own any intellectual property they created at the company ultimately propelled Dunn and Raskin to take the leap — which has not, as Dunn has notably documented — been an easy feat. “The thing about jobs is you can leave them,” Raskin says. Adds Dunn: “In the end, you only have yourself, and you only have what you’ve made.”