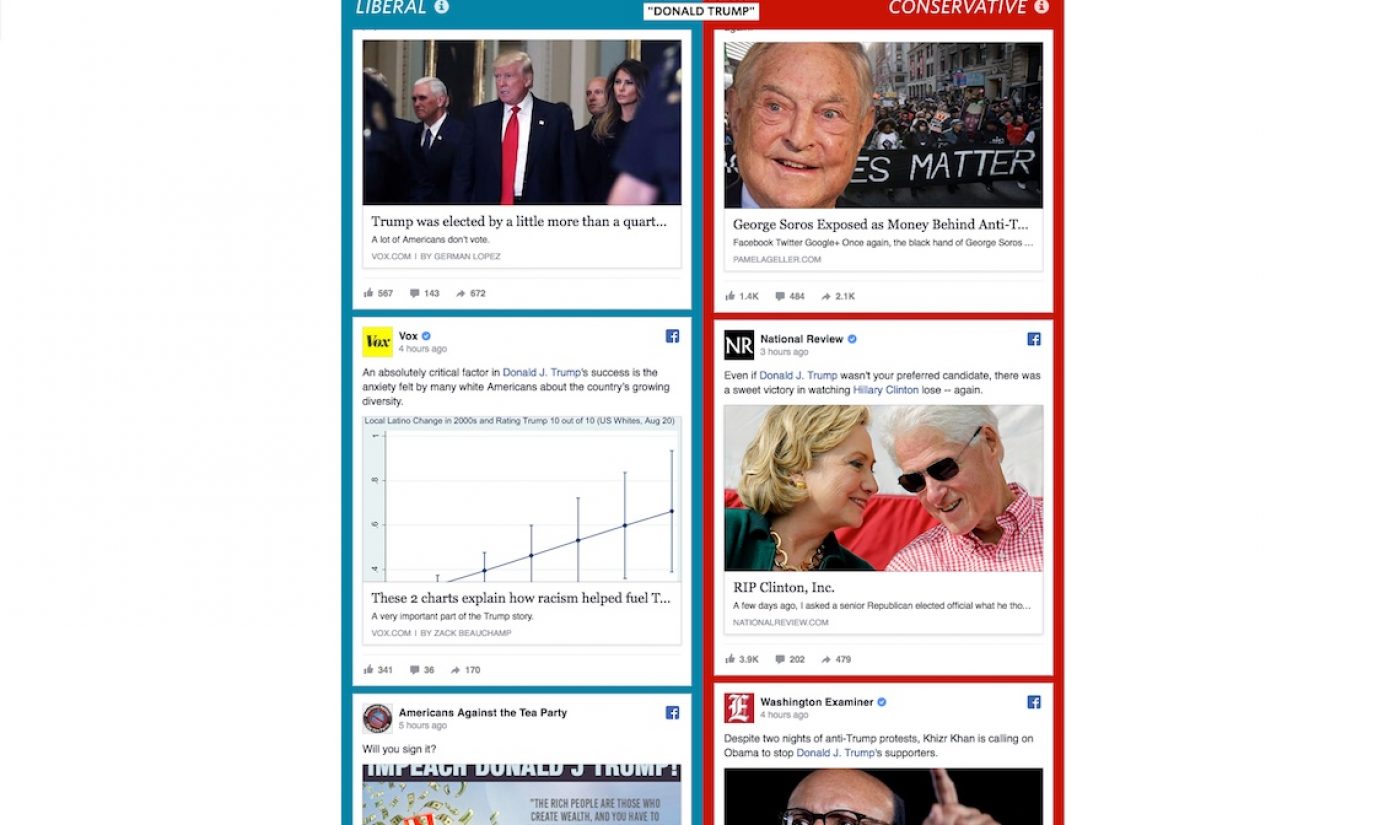 In the days since the election, soul-seared pundits have punished media, social media, pollsters and just about everyone in between for their shortcomings in covering an election driven far more by emotions than facts, and framed by new communications platforms a long way from the elites.

While there’s plenty of blame to share around What Journalism Got Wrong, and plenty of uses for professional introspection, I’d prefer to focus on the platforms that shaped so much of this year’s conversation, and how consumers of news need to shift their habits to accommodate the new realities. Truth is, we’re going to be back in this this whole crazy process in, I hate to say it, about 2.5 years (which you can conveniently count down to via BuzzFeed).

And by platforms that matter, I mean social media, especially Twitter and Facebook. They are the engines of communication that helped pull Donald Trump into the White House. He was, by foresight or happenstance, excellently positioned to use the tools of social media to circumvent traditional journalism and campaign tactics, connect with underserved audiences and harness their emotions for just enough support to win the Electoral College, and this the presidency.

Now we have to figure out how to make the new communications platforms, and their users, better at tending to the public good even as they make lots of money from it.

Twitter, of course, was famously the public home of Trump’s id, allowing him to connect directly to about 14 million followers with frequently incendiary or otherwise controversial posts about a wide range of issues. And though, as conservative columnist George Will put it this week, Trump was “a Niagara of mendacities,” actual true things mattered far less to his highly motivated and pissed-off supporters than the emotional connection he built directly with them, far beyond the filters and fact checks of traditional media.

Trump could pen reporters far from his supporters during his many raucous rallies without fear of retribution. Throw in the estimated $3 billion in free air time that TV channels granted him, including CNN’s decision to roll cameras for long periods at Trump primary rallies, and you have a media machine for a new era.

Twitter, of course, has had so many unresolved issues with hate speech that the trolls reportedly helped scare off image-conscious Disney, among other suitors, from a would-be acquisition that this summer had seemed all but certain.

Meanwhile, Facebook’s News Feed algorithm fuels the problems in other ways. Nearly half of Americans (44%) get their news through the site. And yet, the news that people get almost certainly isn’t all the news or even a broadly selected cross-section of it, especially after Facebook tweaked the algorithm earlier this year to emphasize posts by friends and family. Ultimately, that means Facebook serves up more of the same self-reinforcing news, “news” and political positions that a user previously liked, creating an info-bubble where no dissenting or moderating voice is possible (which you can see for yourself in action by way of the Wall Street Journal’s fantastic “Blue Feed, Red Feed“). In a constitutional system built on two opposing parties and overstuffed with systemic checks and balances that force compromise, that can be a huge problem.

The Facebook News Feeds of Democrats and Republicans side by side from the WSJ.

And yes, Facebook allows people to mark posts as “false.” The problem with that: in an era of “truthiness,” many recipients may desperately want to believe fake news. This season that manifested most problematically with sites that specialized in repackaging and posting innocuous stories with in-your-face headlines that could draw traffic. Some right-wing sites, such as the Drudge Report, have larded their real-news offerings with this sort of content-free clickbait for years, but these new sites, on both ends of the political spectrum, didn’t make a pretense of any real news content, which Drudge also carries. The fake news sites were harvesting traffic and ad dollars in a way that actively eroded understanding.

As Bobby Goodlatte, a former Facebook interface designer, wrote this week: “News feed optimizes for engagement. As we’ve learned in this election, bullshit is highly engaging.”

Both Twitter and Facebook call themselves tech platforms that deliver content created by others to audiences that want it. But increasingly, their algorithms decide what those audiences actually see. And the better Facebook and Twitter are in serving up what users want, the more money they make. That turns news into an entertainment commodity, an issue that already has turned the cable news channels into something less than real journalism outlets.

Facebook and Twitter need to figure out where their responsibility lies to a broader public good. They almost certainly will occupy an increasingly central role in our nation’s understanding and discussions about politics and policy. If they’re to do a better job, that likely would mean a smarter, more nuanced algorithm that aggressively culls fake news sites and provides a broader array of real-news sources to provide a broader array of opinion.

Just as importantly, we as information consumers have new responsibilities too:

This is a new era of communications. The companies with central roles in this era have to take their responsibilities seriously. And so do we, as their users.