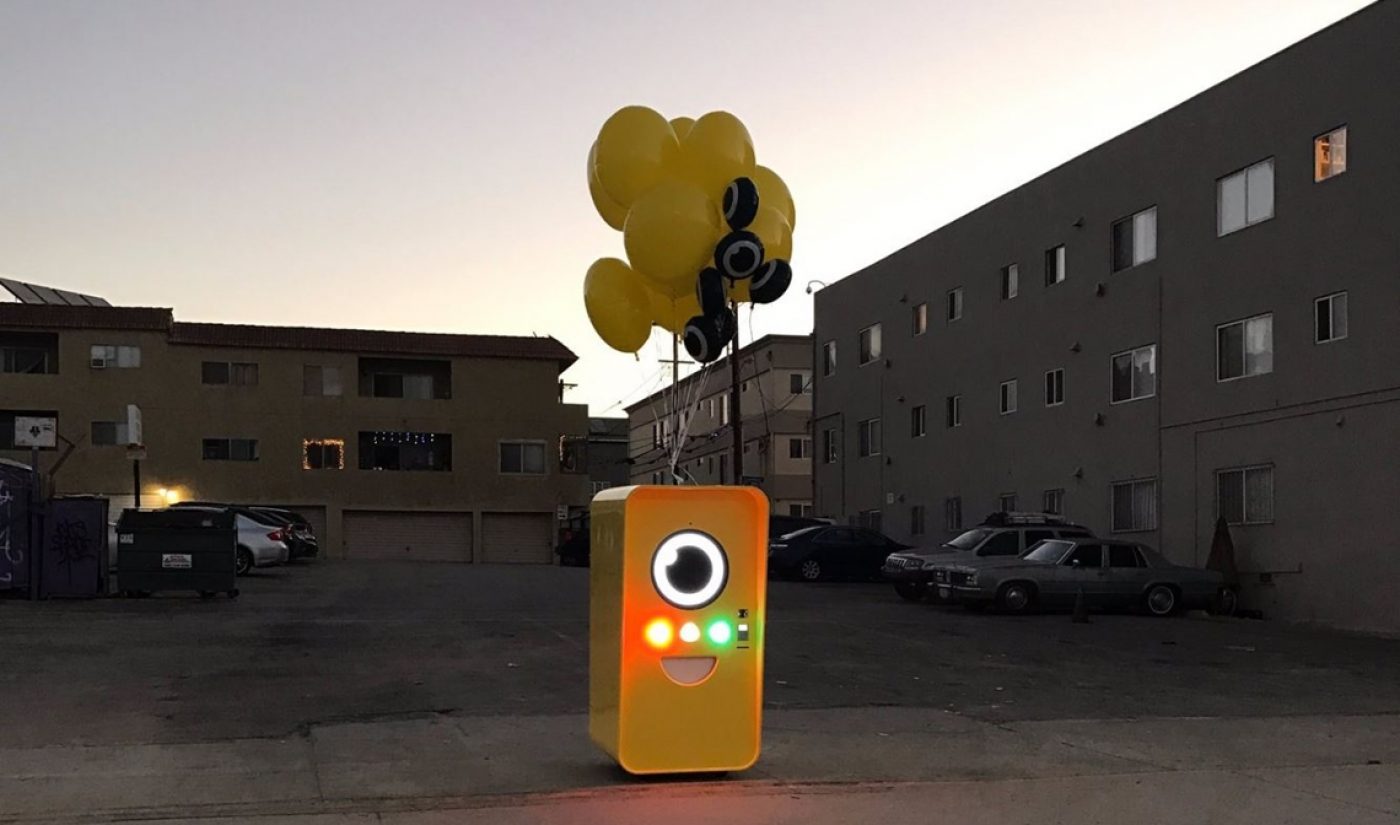 Snapchat took the tech world by storm in September when it announced a foray into wearables with its surprise Spectacles launch, and simultaneously rebranded into Snap Inc. to encompass both its software and hardware ambitions. Now, the company — which rose to prominence via an explosively popular ephemeral messaging platform — is piloting an equally bold distribution strategy for its camera-equipped sunglasses, which capture Snaps from their wearers’ perspectives.

Over the next few months, consumers will only be able to purchase Spectacles via a fleet of interactive yellow vending machines, AdWeek reports. The so-called Snapbot machines, which Snapchat plans to set up across the country in various tourist-heavy locations, can detect approaching consumers with motion sensors and then vend Spectacles via credit or debit card for $130 a pop. The device will arrive charged, according to AdWeek, so users can begin recording memories — as the company will call ensuing Spectacles footage — right away.

Snap placed its first Snapbot (ornamented with a bouquet of yellow balloons) on Venice Beach — not far from the its Los Angeles headquarters. Each Snapbot will only remain in one location for about a day, and prospective users can track the machines’ whereabouts over the next few months on Spectacles.com. No additional distribution outlets have been announced by the company.

To circumvent the try-on process, Snapbots will feature a screen that shows users what they look like in the glasses — employing similar technology to Snapchat’s immensely popular selfie Lenses feature. Fans can also download a try-on filter for their smartphones on the Spectacles website. And Snapbot machines will have three buttons — teal, black, and coal — representing each color that Spectacles are available in.

Check out a video produced by Snapchat heralding the arrival of its Snapbots right here.