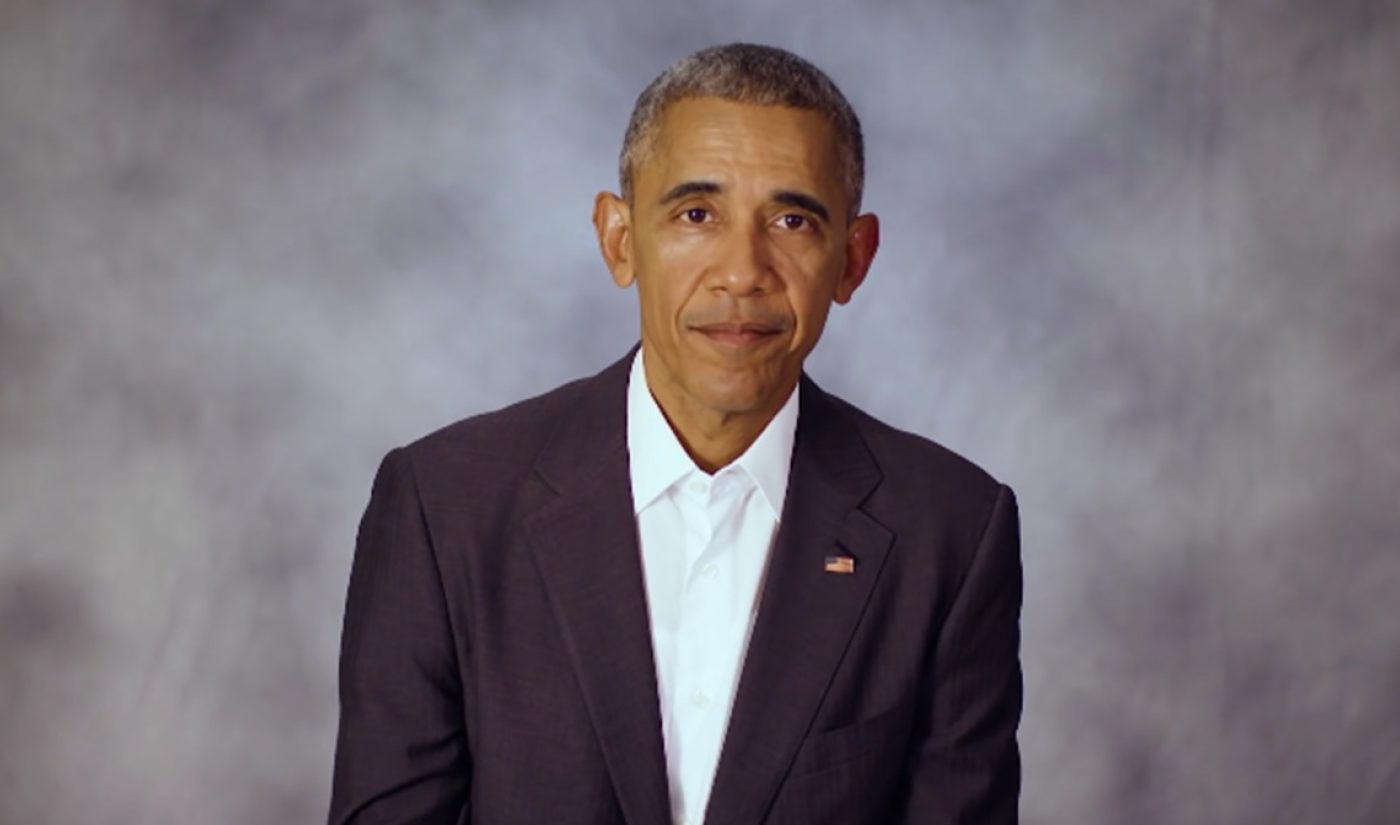 Back in September, YouTube launched its #VoteIRL campaign, through which it leveraged the undeniable influence of its creative community in order to urge Americans to participate in their political process. With the results of the presidential election nigh, YouTube brought in its biggest guest star yet. It published a video in which President Barack Obama shared his own #VoteIRL message with viewers.

The video in question is 26 seconds long, making it an appropriate length for distribution as a pre-roll advertising. In lieu of any partisan statements (though his endorsement of Hillary Clinton is no secret), Obama simply encourages Americans to make their voices heard, no matter how they choose to express themselves. “Since the beginning of this campaign, you’ve made yourself heard in every way,” he says. “Now it’s time to take action and decide what you want the future of America to be.” At the end of his spot, he tosses in a short gag, maintaining the wisecracking tone that has characterized his appearances on YouTube.

Other creators who participated in YouTube’s #VoteIRL campaign include Hank Green, Philip DeFranco, and Cenk Uygur. They appeared alongside several of their colleagues in 72-second video that aims to help get the vote out.

YouTube’s politics tend to be left-leaning (at least outside of its comment section), but no matter how you feel about the site’s approach, you should be able to appreciate its pro-representation message. If you’re American, go out and vote today.