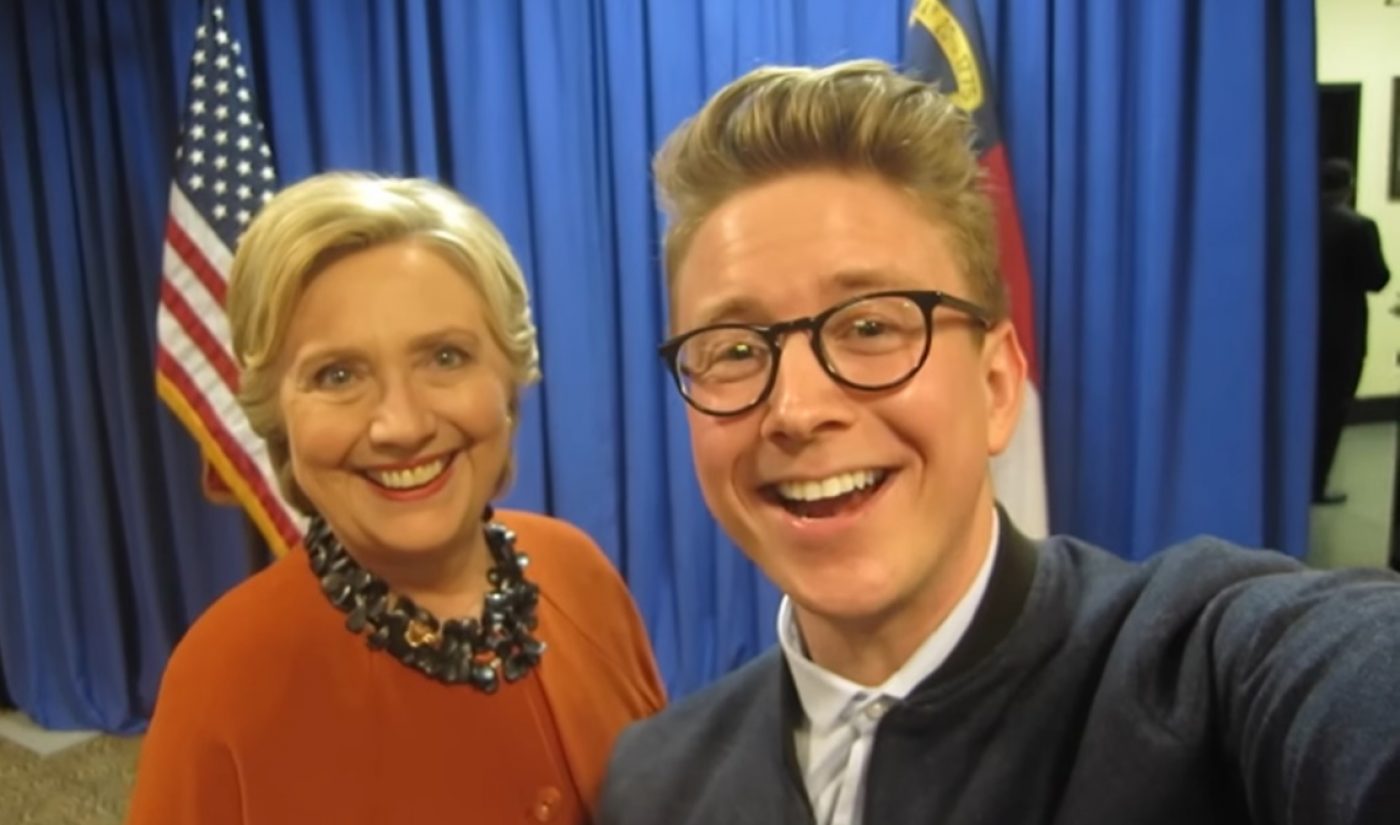 Over the course of the 2016 election, YouTube content creators have mocked, impersonated, discussed, and collaborated with the presidential candidates vying for America’s top office. Now, on Election Day, the biggest stars on the world’s top video site took one last chance to offer commentary and urge their fellow citizens to vote. The YouTube star most involved in the day’s political action was Tyler Oakley, who appeared with Hillary Clinton in a video released on November 7th.

The Clinton-Oakley collaboration continues a long relationship between the politician and the social media standout; their connection first came to our attention when Clinton’s official Twitter account followed Oakley in August 2015. In the latest tag-team effort, they came together to urge Americans to vote, lest anyone regrets his or her abstention the next day. The video’s comment section, surprisingly, is full of positivity.

Other creators have echoed that pro-participation sentiment. Casey Neistat, whose outspoken political stance sent a ripple effect through the YouTube community, created an app along with his team at Beme in order to get input from Americans as they leave the voting booth. The app, titled Exit Poll Live, is available on both iOS and Android. YouTube itself also added another entry to its #VoteIRL campaign by bringing in some of the cute animals the Internet loves so much.

Some channels made sure to cover the events of Election Day, with no one offering more comprehensive coverage than The Young Turks. The progressive-leaning channel began streaming early in the day on Tuesday, with broadcasts across YouTube, Twitter, and Facebook.

Finally, there are some creators who seem like they have had enough. Philip DeFranco, for example, seemed exasperated in his final update before the election. Don’t worry, PhillyD. It will all be over soon.